After two days of getting lots of sleep and still needing two naps a day and some minor aches and pains, I concluded I must have a little infection. My prescription for myself is: drink plenty of water, get plenty of sleep, take acetaminophen when needed, and take it slow.

On the trip out I saw a sign that read “Indian Mounds,” and on this return trip I decided to see them. I followed the sign until I wasn’t sure which way to go, and stopped to ask at a small roadside store. While I picked out something to drink, I listened to three women having a conversation. One woman was telling about her ugly drivers license photo. “When I get rid of this baby fat,” she said, hitching a small baby up higher on her hip, “I’m going to lose my drivers license so I can get a new one.” “You don’t have to do that,” said the woman behind the counter. “You’d know what I mean if you ever saw my drivers license photo,” said the woman with the baby grimly, and went out to her car.

I went to the counter to buy my drink, told the two remaining women that I was a tourist and wanted to see the Indian mounds. “Right up that street,” said the woman behind the counter, “You’ll see the sign. And you should know that this lake here,” pointing out behind the store to where there was a small lake, “is the largest natural lake in Ohio.” I promised to look at the lake, and said that it seemed like it was a nice place to live around there. Both women agreed. “It’s a little slow, though,” said the woman behind the counter, “We like to watch paint dry.” I said that sounded good to me.

The Indian mounds were small: about two or three feet high, and maybe fifteen feet in diameter. A sign said they were burial mounds probably left by the Hopewell people — the qualifier “probably” was necessary because pot hunters and grave robbers had plundered the mounds and had not adequately documented their finds. Even though the mounds were small, I felt that romance attached to them: they were visible signs of a people who had lived two thousand years ago, and I wondered what the land was like then, what they saw and thought about and felt. 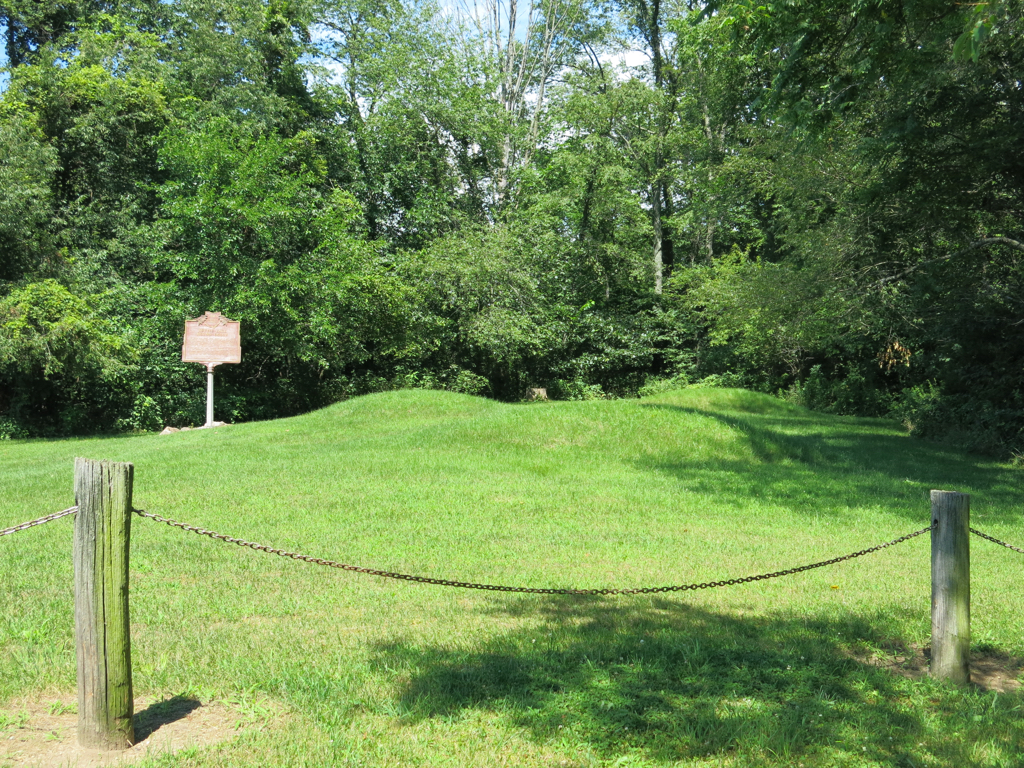 I stopped to look at Nettle Lake on my way back to the interstate highway. From where I stood I couldn’t see the whole lake, but estimated what I saw to cover about 50 acres (I looked it up, and found I could only see about half the lake; the total area is 115 acres). It was a pretty lake, filling a hollow left by the ancient glacier, with small houses and mowed lawns all around the edge.

The toll road through Indiana was as dreary as always. But on this trip, I’m listening to Great Expectations by Charles Dickens, and it’s such an engaging book that the miles passed by quickly.

I knew I was going to hit Chicago at rush hour, so I detoured up to Grand Mere State Park in Michigan. The park includes a couple of miles of shoreline on Lake Michigan, as well as three inland lakes formed in depressions left by the glacier. But the one inland lake I saw, South Lake, has mostly filled in so that there is almost no open water in it. I know this, because I climbed up one of the sand dunes that lie between Lake Michigan and the inland lakes. This sand dune was at least a couple of hundred feet high, covered with trees and dune grass. Parts of the trail were steep enough that I could reach out and touch the sand in front of me while hiking; and the hiking was so difficult in the loose, sliding sand of the trail up that I dug my hands in and used them to help my slow upward progress. I had to stop several times to catch my breath, but when I got to the top the view was worth it: the mostly overgrown inland lake to the east, and wide shining grey Lake Michigan to the west.

Then I slid down the other side, and and sat and admired the dramatic lake shore: huge wooded sand dunes on my right, a wide beach covered with dune grass in front of me, the wide lake spreading out to my left. 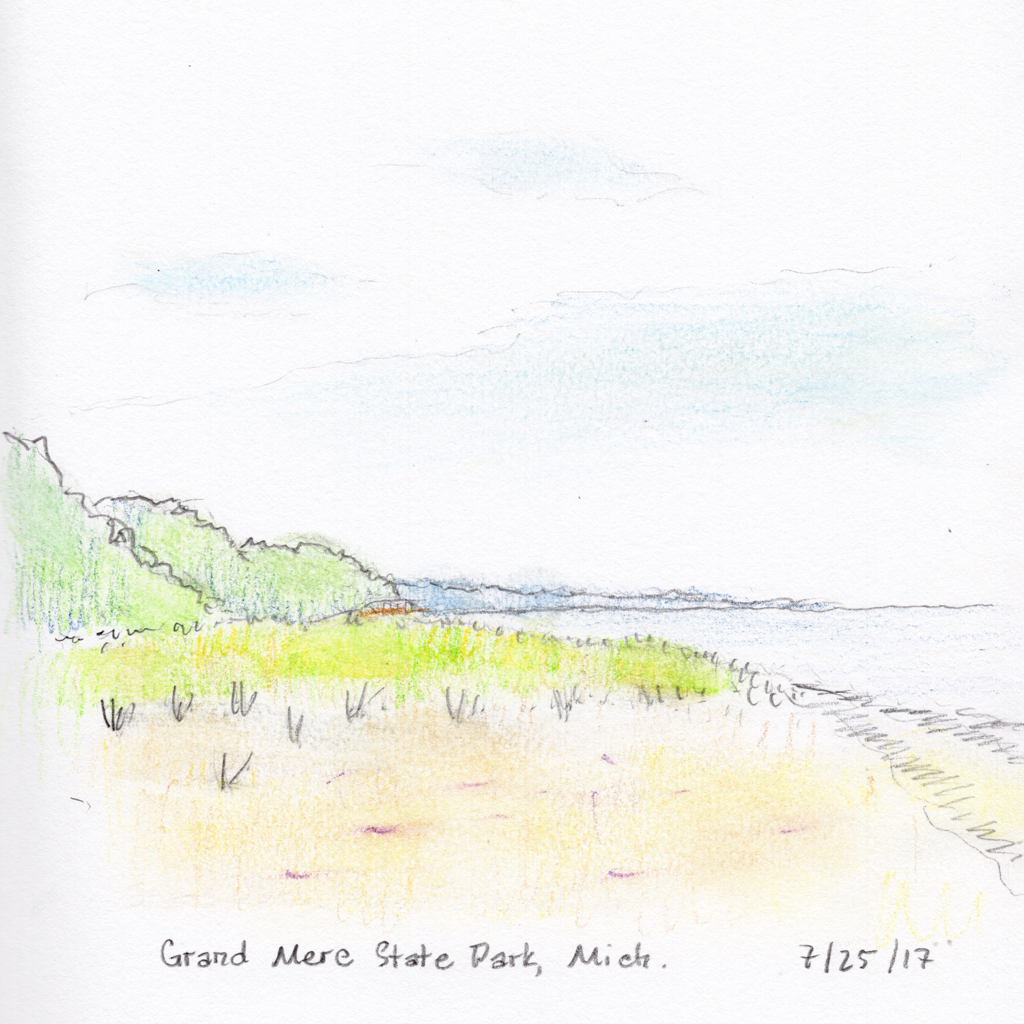 I walked north along the lake, and climbed back over the wooded dunes, this time on an easier trail. My legs were sore by the time I got to my car.

And then I drove on, dodging the insane Chicago drivers, to arrive in Joliet at nine o’clock.