I spent the week at my younger sister’s house going through Dad’s papers, figuring out what needs to be saved. Each morning before we started working, I drove to Great Meadows National Wildlife Refuge in Concord, Mass., to spend a couple of hours birding.

On the first day I went there, another birder pointed out where a Ruby-throated Hummingbird was nesting. The mother would come once or twice an hour to feed the young. When they saw or heard she was near, they pointed their bills straight up, and opened their mouths. She perched on the edge of the nest, and put her long bill down into the mouth of one baby, far enough down that I could not see the end of her bill. Presumably she regurgitated nectar that she had gathered. She alternated between nestlings, putting her bill into each nestling’s mouth three or four times during a feeding.

Over the course of the week, pin feathers gradually replaced downy feathers on the nestlings; on Friday, the last day I made it to Great Meadows, the nestlings were spreading their wings. By now they may well have fledged, and left the nest. Also on Friday, I saw a Least Sandpiper, which must be one of the early shorebirds to return from the far north where it nested, gradually making its way south for the winter, stopping here and there to feed heavily. With the hummingbird nestlings about to fledge, and the shorebirds heading south, it felt like the season was turning: summer was past its peak and heading towards autumn.

My sister and I finished going through Dad’s paperwork, and closed out the checking account for the estate. There is very little left to do, except shred his financial and medical records. And tomorrow I start driving back to California. 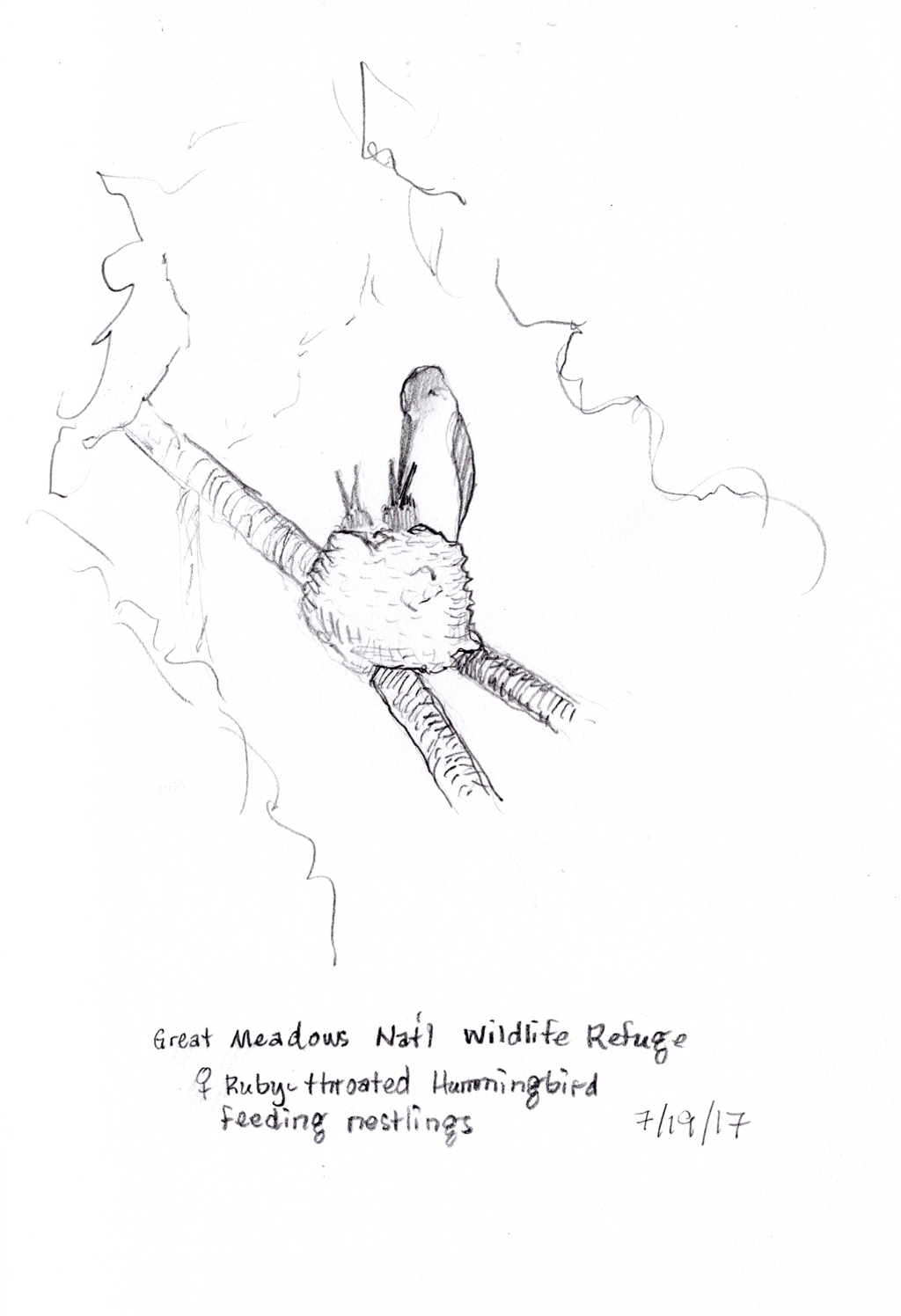