Today is the first day of a holiday weekend, and of course traffic was horrible. By the time I got to Davis, it was half past noon. So I stopped for lunch at Yolo Bypass Wildlife Area.

It was so pleasant there — clear, a light breeze, temperature in the low eighties — that I decided to spend an hour walking around. There is very little standing water, except in the rice fields and along the riparian corridors. I walked along one of the riparian corridors, listening to the bullfrogs and enjoying the coolness that emanated from the willows. An American Bittern flew over my head. Some kind of unremarkable-looking plant with white flowers was in bloom between the edge of the road and the willows. An urgent humming sound rose from the flowers: scores, maybe hundreds of tiny metallic green bees flew from tiny blossom to tiny blossom flowers, moving so quickly it was hard to see one, except as a metallic green blur. 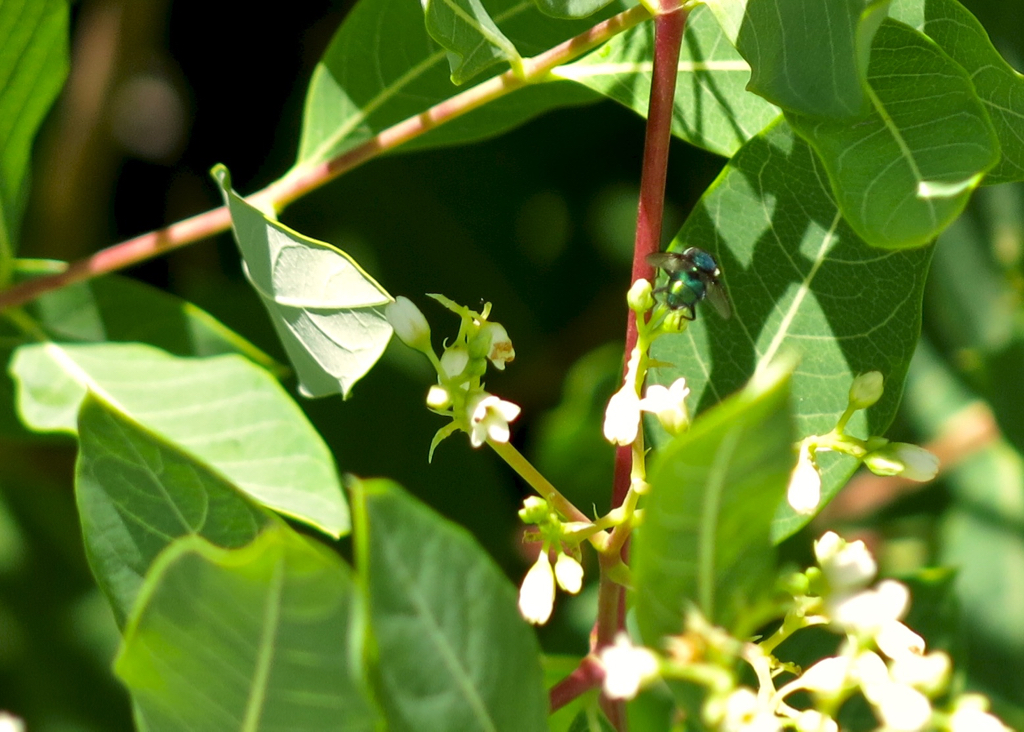 I got back on the road, and the traffic was heavy through the Sierras. Some of the peaks still had a little bit of snow on them. Every year when I drive through the Sierras, there are fewer and fewer pines and firs, as the trees succumb to the various effects of global climate change: invasive species that thrive on warmer temperatures, changing weather patterns, and so on. Parts of the Toiyabe National Forest could now be called the Toiyabe National Bare Ground.

After Reno, the traffic grew light. Now way behind schedule, I stopped for dinner in Fernley, and ate at a very mediocre Chinese restaurant. I started driving again just after six, when the sun was getting lower in the sky; this is the best light for the glories of the Humboldt Sink and the mountains along the Humboldt River. I needed a walk, and I stopped at Rye Patch Reservoir near Imlay. At 7:30, it was still hot, over ninety degrees, but the air was dry and filled with the scent of sagebrush.

I walked half a mile down a gentle canyon to the reservoir. Jack rabbits burst from cover and scampered away from me. Cattails and willows grew along the bottom of the canyon. Six or eight Common Ravens talked among themselves on the ridge over my head. A Great Blue Heron flew silently up the canyon away from the water, and a Mule Deer leaped up over a rise and quickly disappeared from my sight. 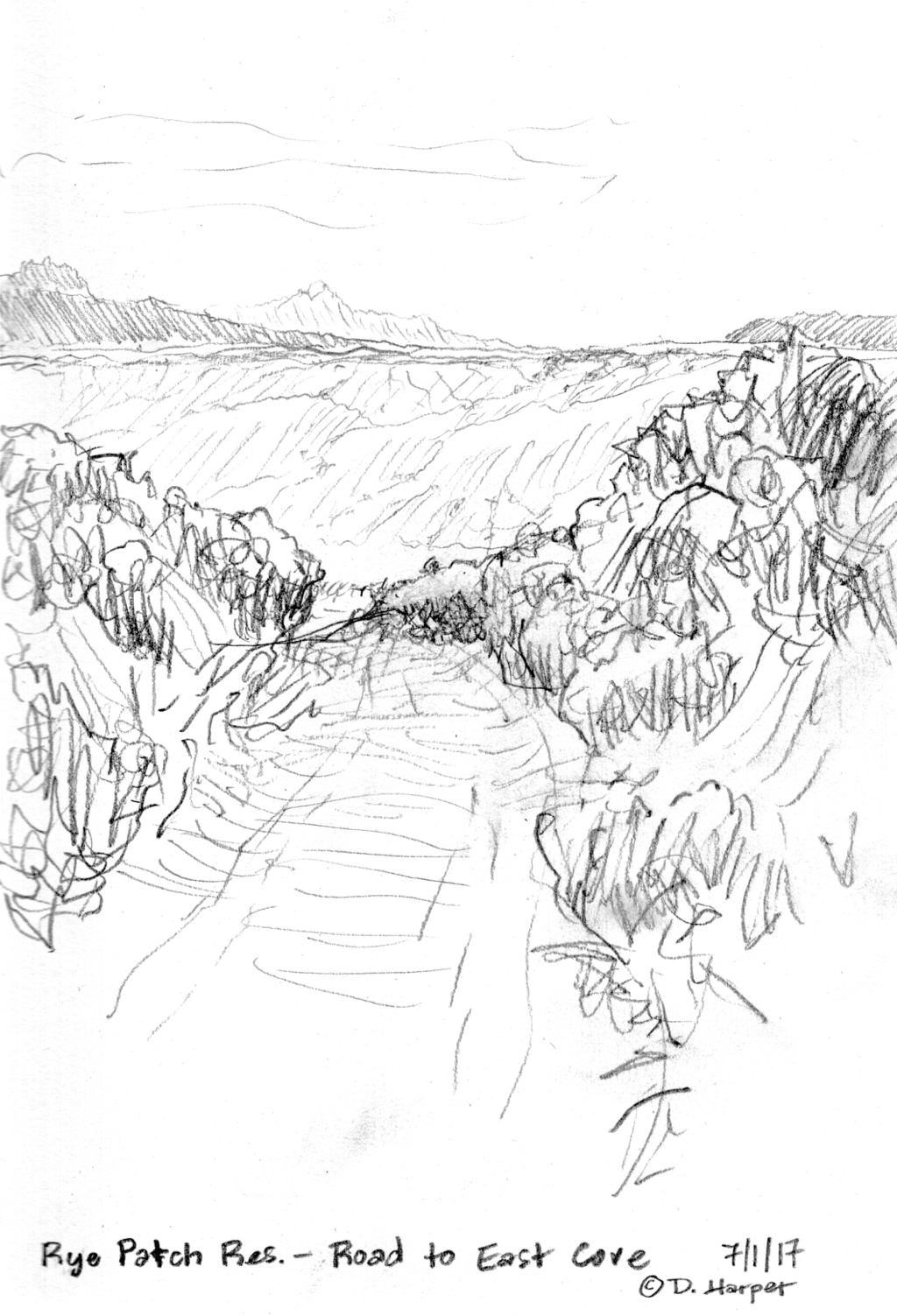 Carol couldn’t come with me on this trip, but she bought me a sketch book to take along. I decided I had better use it, and when I got back to the car I made a sketch of the start of the dirt road down to the reservoir. The sketch smudged easily, and when I got to Winnemucca I stopped at Walmart to get some sprayable fixative. Walmart is a remarkable place, filled with many things that catch and hold your attention, but in contrast to Yolo Bypass or Rye Patch Reservoir, the only organisms I saw at Walmart were human beings.