But the James Garfield National Historic Site was a quarter of a mile from the place where I got the car’s oil changed. As I was driving to the interstate, I couldn’t resist stopping in. A tour was just starting, and they let me join it.

Garfield, if you remember (I hadn’t remembered until the tour started) only served as president of the United States for four months before he was shot. He received inadequate medical care for the wound, lingered for nearly three months, then died.

We toured the Garfield house, which they called “Lawnfield,” and from the front porch of which Garfield gave numerous campaign speeches. After his death, his widow Lucretia more than doubled the floor area, creating a James Garfield memorial presidential library to hold all his books and some of his papers. While our excellent tour guide told us about the room and its contents, I looked at the books, and spotted both Channing’s memoirs, and his complete works. 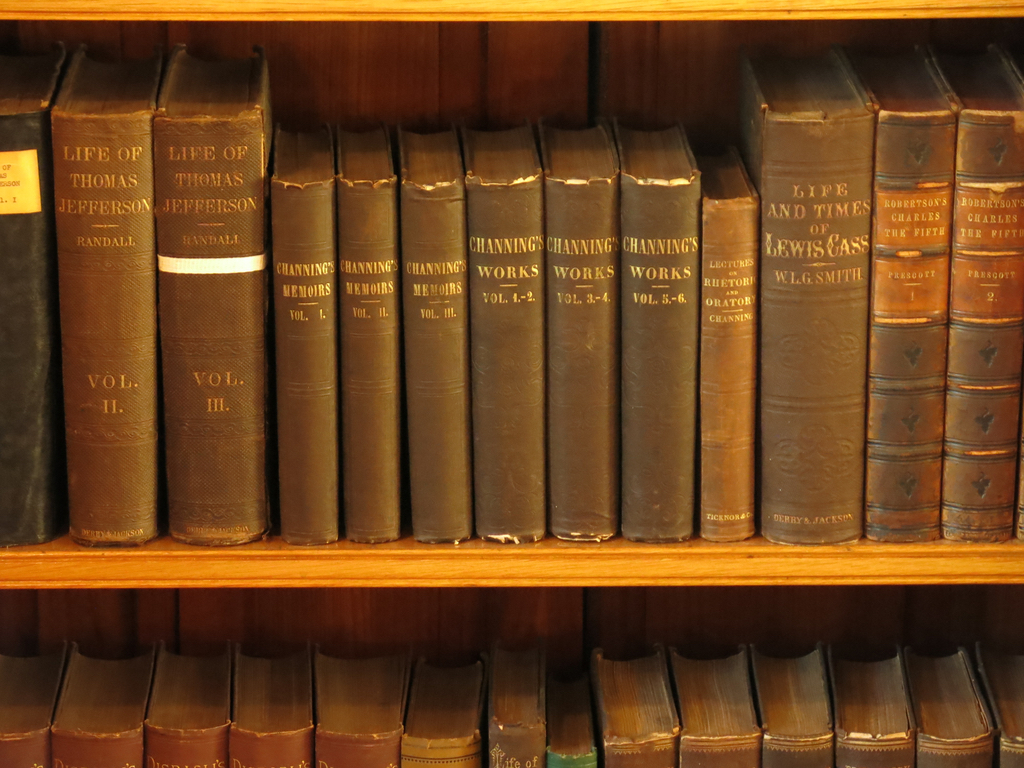 Garfield was baptized into the Disciples of Christ, so he didn’t own these books because Channing was a Unitarian; any well-read progressive Republican politician of the mid-nineteenth century might have had Channing’s works.

My favorite room was called, if I heard the name right, the “Snuggery.” It has a comfortable reading chair, a desk, a couple of other chairs for visitors, and a fireplace over which is the motto “In Memoriam,” the poem by Tennyson, one of Garfield’s favorite poems. 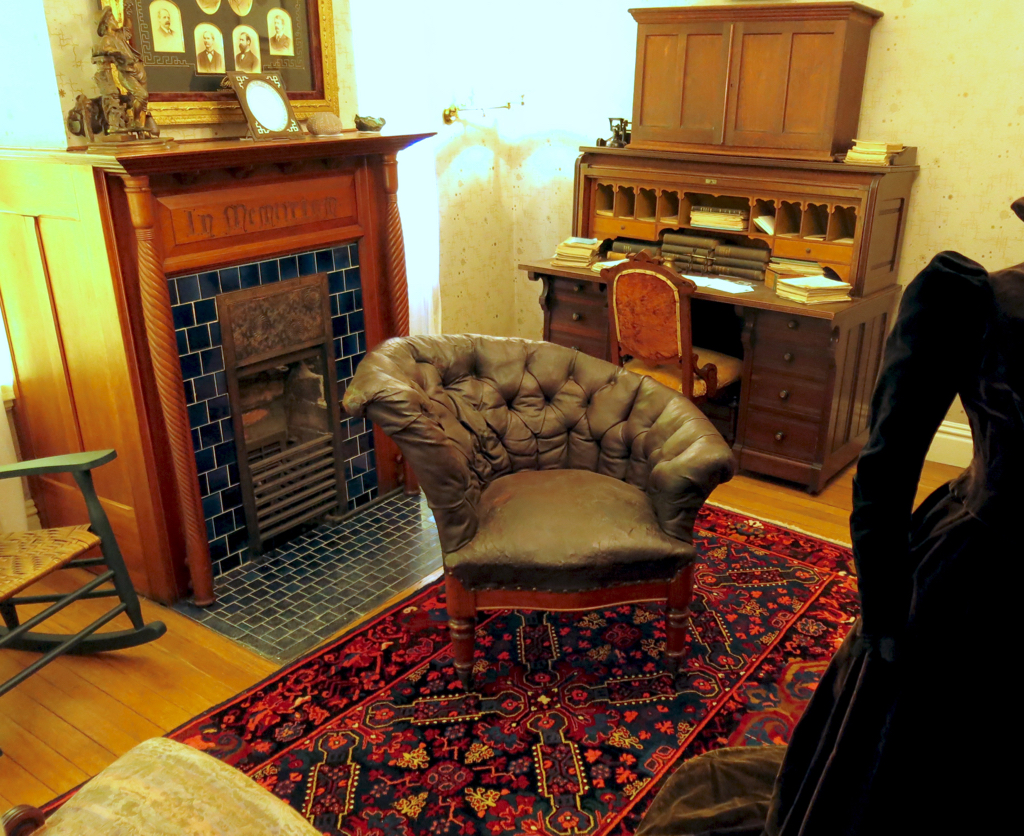 It was worth the time to stop and see Lawnfield, and I liked it so much I’d like to return some day. But of course that stop meant I arrived at my hotel later than I had hoped, and I have to get up at five tomorrow morning so I can be in Maine by one in the afternoon….