Dreams, dreams, dreams. Some of the dreams were unsettling, though I don’t remember specifics, and when I awoke I sat for a moment dazed. It was almost nine o’clock. By the time I started driving it was ten thirty. And in less than a hundred miles I entered the Central Time Zone and lost another hour. I abandoned plans to visit Ash Hollow State Historical Park to see the tracks of the Oregon Trail, because I couldn’t afford the extra hour of driving.

I drove until lunch time, and stopped at a Denny’s. A decade ago, I would have passed Denny’s by, because many of their restaurants refused to serve black people, but supposedly they have mended their ways. My server was a talkative young black man, who lacked the usual carefully defended manner of many servers in interstate truck stops. He was the father of an eight month old — his face lit up when he talked about his son — and he was filling in at Denny’s while getting a paid holiday from his regular job as a lawn tech.

When I stop for meals, I’m re-reading Isaac Asimov’s memoir, I. Asimov. He wrote it in 1990, a couple of years before he died. At the time he wrote it, he was quite ill from the complications of AIDS; he had been infected by a blood transfusion in the early 1980s, though this wasn’t revealed until well after his death. Asimov puts his finger on exactly what his peculiar genius was: he was unbelievably prolific as a writer; but beyond that, he makes no real claims to fame for himself. He loved to write, and he was fortunate that what he liked to write sold well enough to make him a millionaire. The real fascination in his memoir is the degree to which he reveals himself and assesses himself. He cheerfully calls himself vain, arrogant, self-absorbed, and nasty (p. 383), and he was most certainly sharp-tongued. But he also comes across as thoughtful, driven, fearful, and kind. I especially admire his evident kindness, a kindness which had distinct limitations but which was genuine and rooted deeply within him.

By the middle of the afternoon, it became obvious that I was not going to make it to DeSoto National Wildlife Refuge before dark, since it lay well off the interstate. But I needed a walk, so I stopped where I’ve stopped before, at Rowe Audubon Sanctuary on the Platte River, just five miles from the highway. It was pleasantly hot and a little bit humid. I saw and heard eastern birds that I haven’t seen since the last time I drove west through Nebraska: Blue Jays and Eastern Kingbirds and Northern Bobwhites. 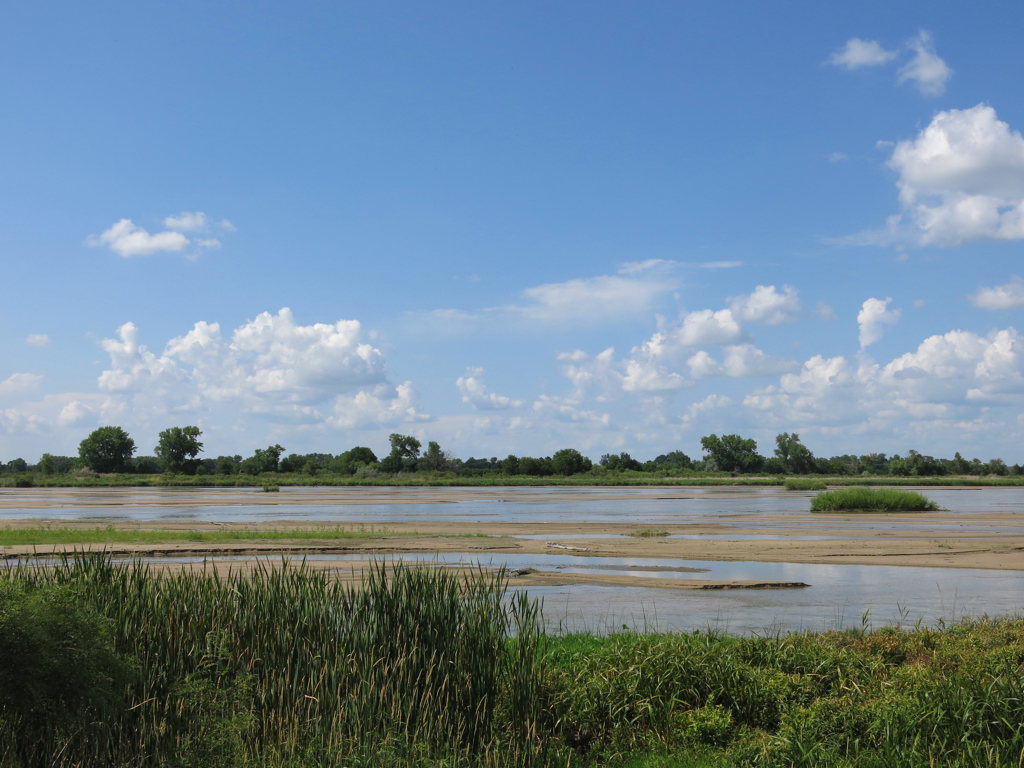 I walked for an hour and a half, and went back to driving. I was listening to an audiobook of The Pickwick Papers, but part of my mind was occupied with thinking about my father’s life. I can hardly escape such thoughts, since a primary reason for this trip back east is to go through what’s left of his papers. And that makes me think about my own life, and I wonder how I will someday describe myself, as Isaac Asimov described himself, assuming I ever get to a stage of life where I have greater perspective on myself. — From such thinking, I suspect, came last night’s dreams.

As the sun was setting, I drove up through the Loess Hills of western Iowa, a landscape that is both familiar and unexpected at the same time: fields of Iowa soybeans and corn on steep hillsides whose shift in perspective can mislead one into thinking the hill is steeper, or less steep, than it really is. This could serve as a metaphorical representation of last night’s unsettling dreamscape. 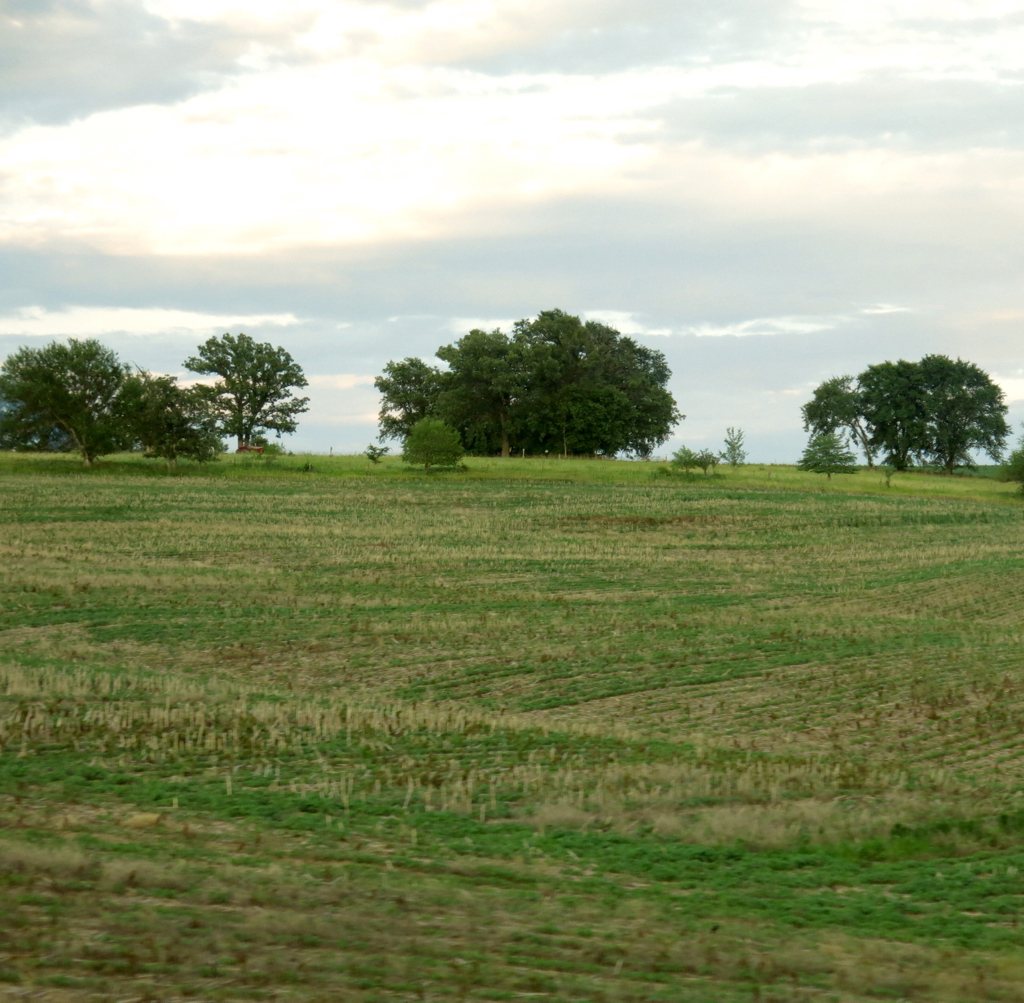