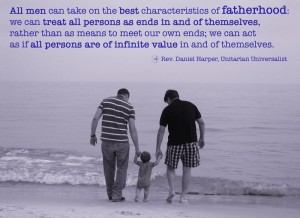 Driving home from the youth service trip yesterday, we were delayed by a major accident on I-5; what should have been a six-hour trip turned into a nine-hour trip. We spent a lot of time talking, and one of the more interesting conversations was a long discussion of the Harry Potter universe.

Here are some of the questions we discussed (spoiler alert: plot twists are revealed in these questions):

(1) J.K. Rowling has said she thought of Dumbledore as being gay, but when she started publishing the books it wouldn’t do to have GLBTQ characters in books aimed at young people. We speculated that other characters might actually be GLBT or Q. Question for discussion: Which characters did you picture as gay, lesbian, bisexual, or questioning, and why?

(3) Final question for discussion: If you could be any character or creature in the Harry Potter universe, which one would you be?