The Religious Education Association 2014 conference was more of an experiential, multimedia experience this year — as befits religious educators, who often have a progressive pedagogy. Here’s some evidence that this conference is not just the same old lectures-with-Powerpoints: 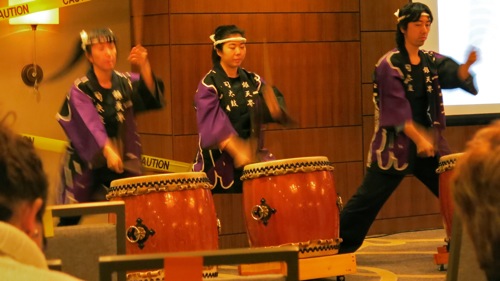 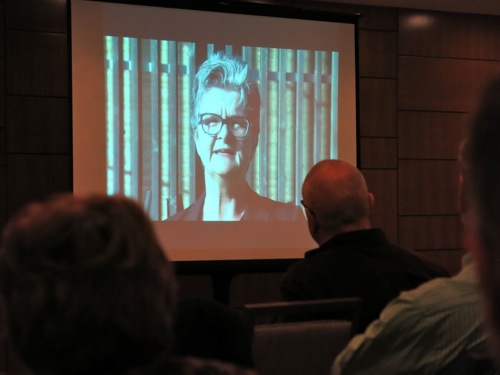 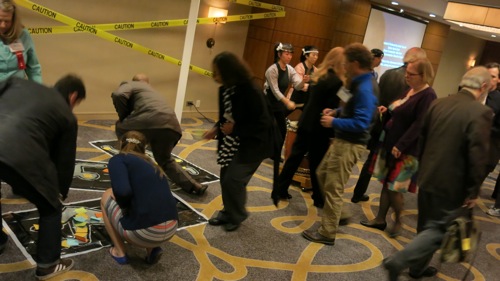 Above: Participatory opening ritual about (un)making and (re)membering violence 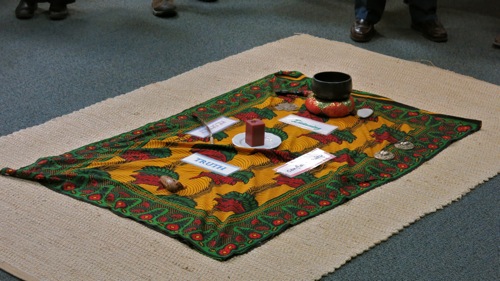 Above: Photo from Precious Blood Reconciliation Ministries, one of three field trips to sites and organizations in Chicago where people are actively working to unmake violence. In the photo above, the center of one of Precious Blood Reconciliation Ministry’s “truth circles”; the four key values of the truth circles are printed on the four cards: confidentiality, listening, respect, and truth.

And while photos were not allowed during her performance, I have to mention “Unveiled,” a one woman play about five Muslim women, written and performed by Rohina Malik.

I should also mention the superb plenary talk by Willie James Jennings. He eschewed the usual Powerpoint slides, and simply spoke to us. He didn’t need slides: his voice, his delivery, what he had to say was gripping on its own, without any need for multimedia. His talk was a reminder that the spoken word can be performed as a lively art, one just as engaging as a one-person play.