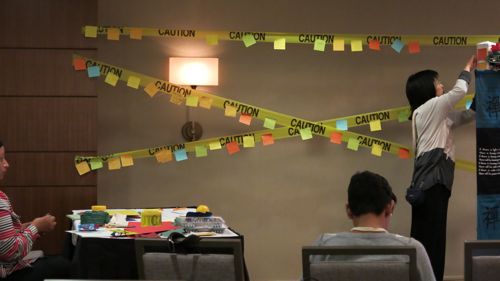 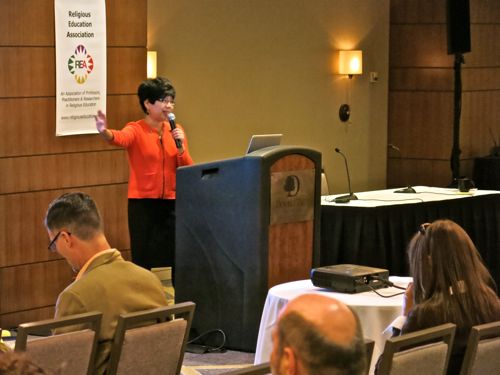 Above: REA president-elect Mai-an Tranh, professor at Eden Theological Seminary, speaking at the final plenary session: wrapping up this year’s conference, and tying this year’s conference topic to next year’s topic. Tranh used Henry A Giroux’s “disimagination machine” as a central theme in her talk. 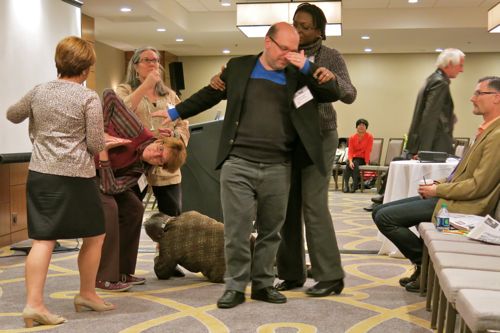 Above: In the final plenary, Evelyn L. Parker of Perkins School of Theology led conferees in an interactive theatre exercise. She invited ten conferees to imagine with their bodies what the “disimagination machine” might look and feel like. Then she invited the rest of us “spec-actors” to disassemble the machine. In the photo above, a conferee is gently removing a piece of the machine. 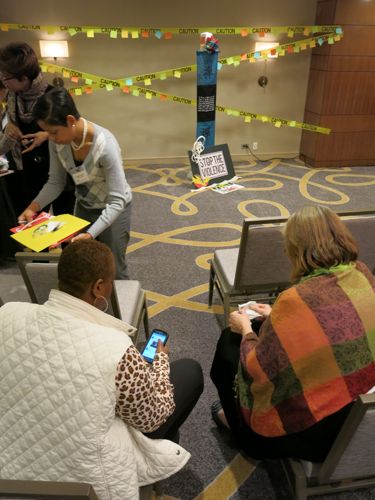 Above: The close of the conference, just before the business meeting.

END_OF_DOCUMENT_TOKEN_TO_BE_REPLACED

In the final breakout session at the Religious Education Association 2014 conference, I attended a presentation by Mualla Selçuk of Ankara University and John Valk of the University of New Brunswick titled “Journeying into Peaceful Islam” A Worldview Framework Approach.”

Valk and Selcuk reported on a pedagogical model they used to engage Muslims and non-Muslims in learning about “a comprehensive Islam.” The problem they are addressing with their pedagogical model is pervasive stereotyping regarding Islam. In particular, Islam is stereotyped as violent; as authoritarian, patriarchal, and rigid; as a religion that persecutes other religions; etc.

Sometimes the stereotyping of Islam is subtle, particularly in media coverage of Islam in the west. Media coverage of Islam “often confuses correlation with causation”; if an individual Muslim engages in, say, an act of violence, the act of violence will be attributed to the individual’s religion. Sometimes the stereotyping is not as subtle, as when anti-religious and anti-Islamic discourse cherry-picks elements of Islam (or religion more generally) to “prove” that religion/Islam is bad.