Just before noon, Abby and I took a walk along the recently-opened Bruce Freeman Rail Trail that runs from Chelmsford, Mass., through Acton. The part of the trail we walked, around the Route 2A crossing, passes through several wetlands, with a few small areas of open water and some nice cattail stands. I was mostly looking (and listening) for birds, and even in the heat of the day there was a nice variety of birds, from Red-winged Blackbirds, Common Yellowthroats, and other swamp-loving birds to forest-nesters like American Robins and Chipping Sparrows. Abby was most interested in the Red Squirrel population. However, it was hot enough that there weren’t enough birds or Red Squirrels to keep us occupied, and we both began noticing insects in the order Odonata (dragonflies and damselflies) along the trail; I do not know much about about Odonates, but it sure looked like there were quite a few different species flying around us.

I am intimidated by the challenges of identifying Odonates; I find them hard to track in my binoculars, and I find it difficult to observe the level of detail required for identification down to the species level (sometimes you have to be able to see the shape of the male sex organs to get a definite identification). But my new camera has a really good zoom lens, and I find it easier to try to make an identification from a photo. I managed to get one reasonably good photo of an Odonate. A tentative identification might place this insect in the Aeshnidae family, or Darners, according to A Field Guide to the Dragonflies and Damselflies of Massachusetts by Blair Nikula et al. (Westborough, Mass.: Massachusetts Division of Fisheries and Wildlife, 2003), p. 69. Unfortunately, the photo does not show how the insect’s eyes come together, a key identification point for this family. 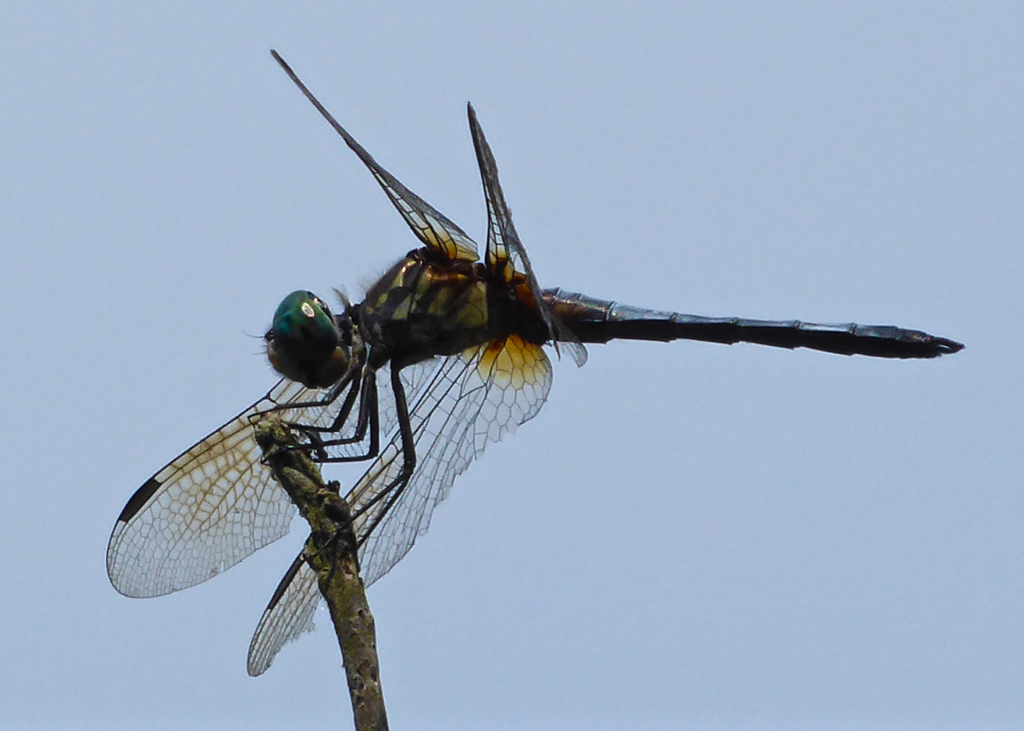 After taking care of some business we had to deal with, Abby and I went for a short walk at Great Meadows National Wildlife Refuge, one of our father’s favorite places to go for a walk. I did a little birding, until Abby and I both became fascinated by the dragonflies and damselflies flying around us. I was able to get pretty good photos of a few of these odonates. 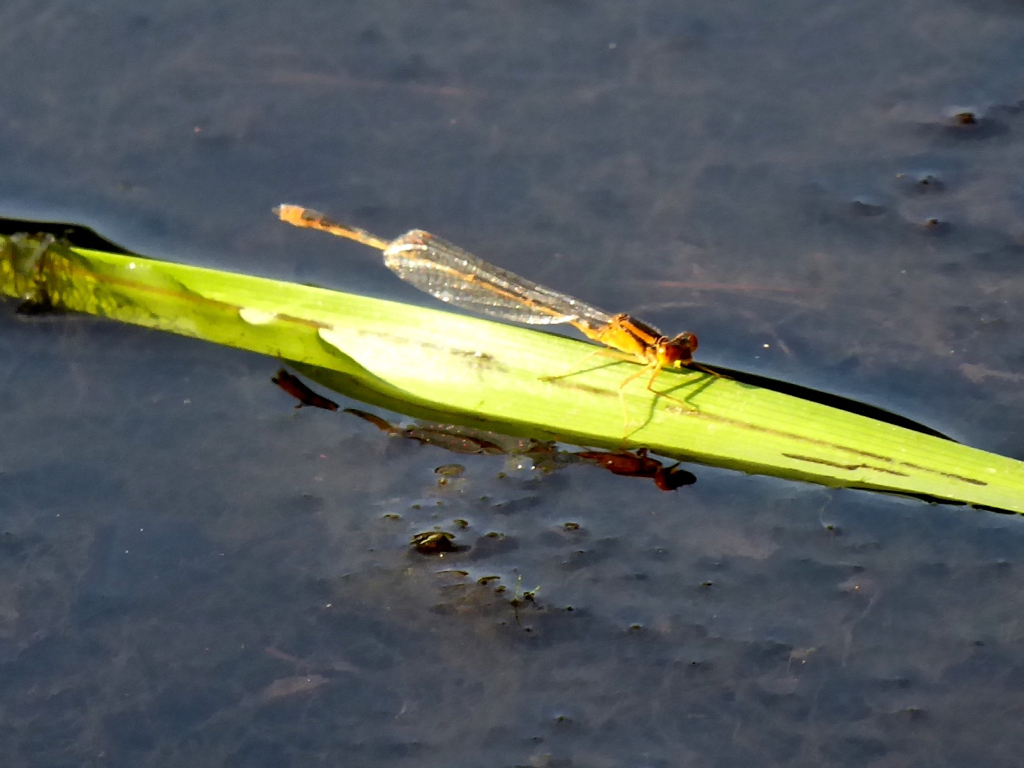 The photo above shows, I believe, a young female Eastern Forktail (Ischnura verticalis); I’m fairly certain about the genus, less certain about the species. I’m basing my tentative identification on the species account in Nikula et al., p. 56. And I’m somewhat more confident of this identification because on p. 30, Nikula et al. state that the Eastern Forktail “is probably the most widespread and common odonate in Massachusetts.” 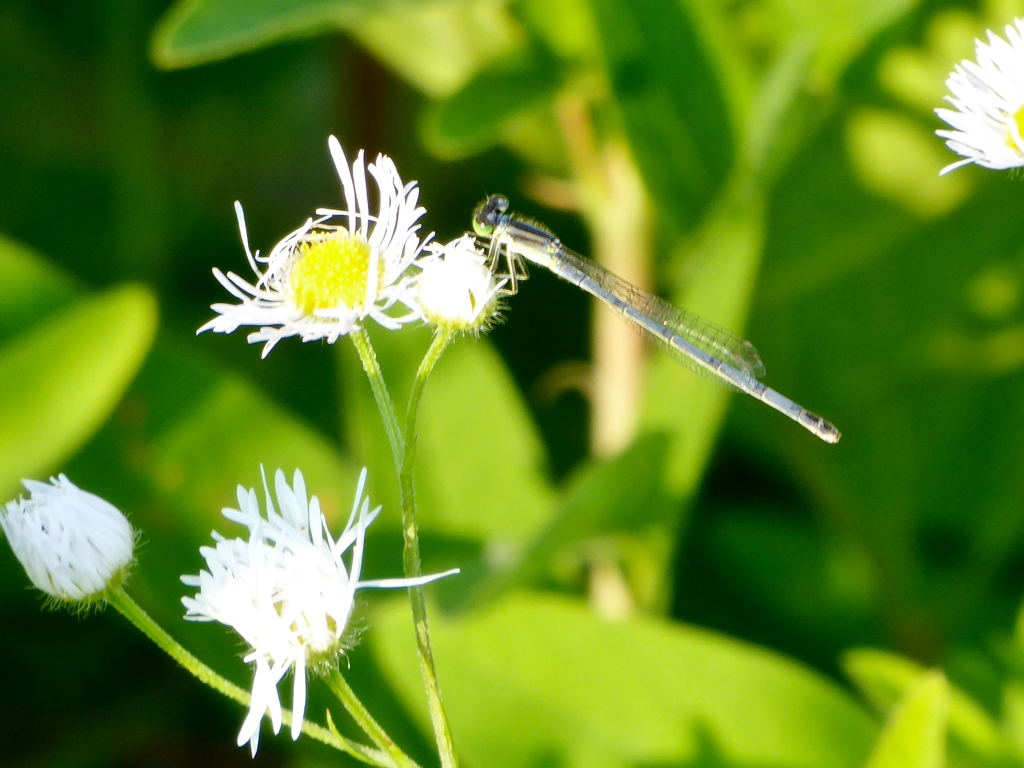 And above is a photo is of an older female of, I think, the same species; older females of this species, according to Nikula et al., “become extensively pruinose blue-gray.” 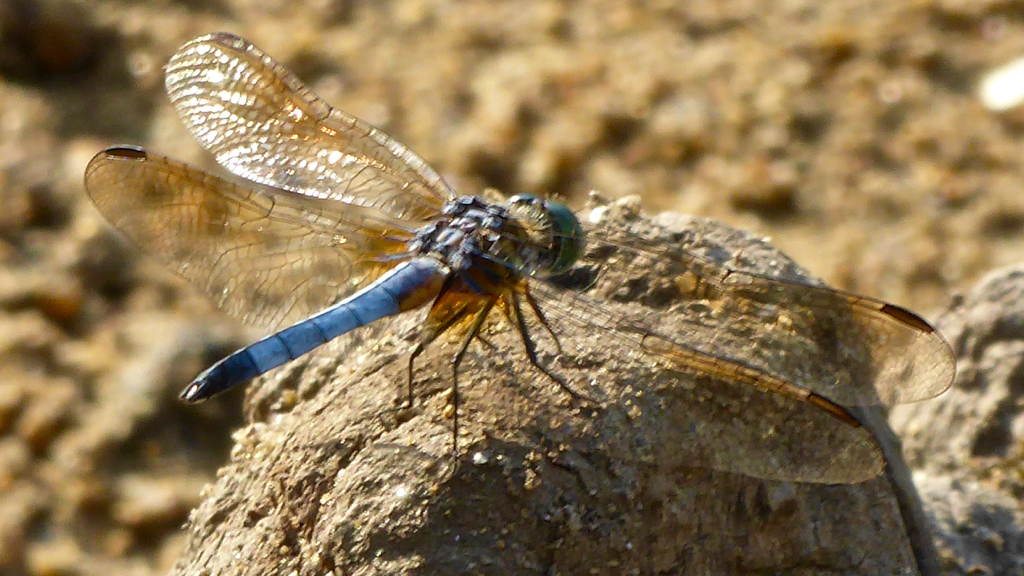 The photo above shows one of the many Blue Dashers (Pachydiplax longipennis) patrolling the marshes and the edge of the river in Great Meadows. I’m fairly certain of this identification, and this is quite a common dragonfly in Massachusetts.

We also saw a couple of Monarch Butterflies, and an unidentified sulphur butterfly. I didn’t find many birds today, but the spectacular Odonata and Lepidoptera we saw more than made up for the lack of birds.

In Salem, Massachusetts, yesterday, we spent a half an hour wandering around the old burying ground. There are some seventeenth and eighteenth century stones there, and I could have spent a couple of hours looking at them. While I’m most interested in the carving, the inscription on one of the stones caught my attention: 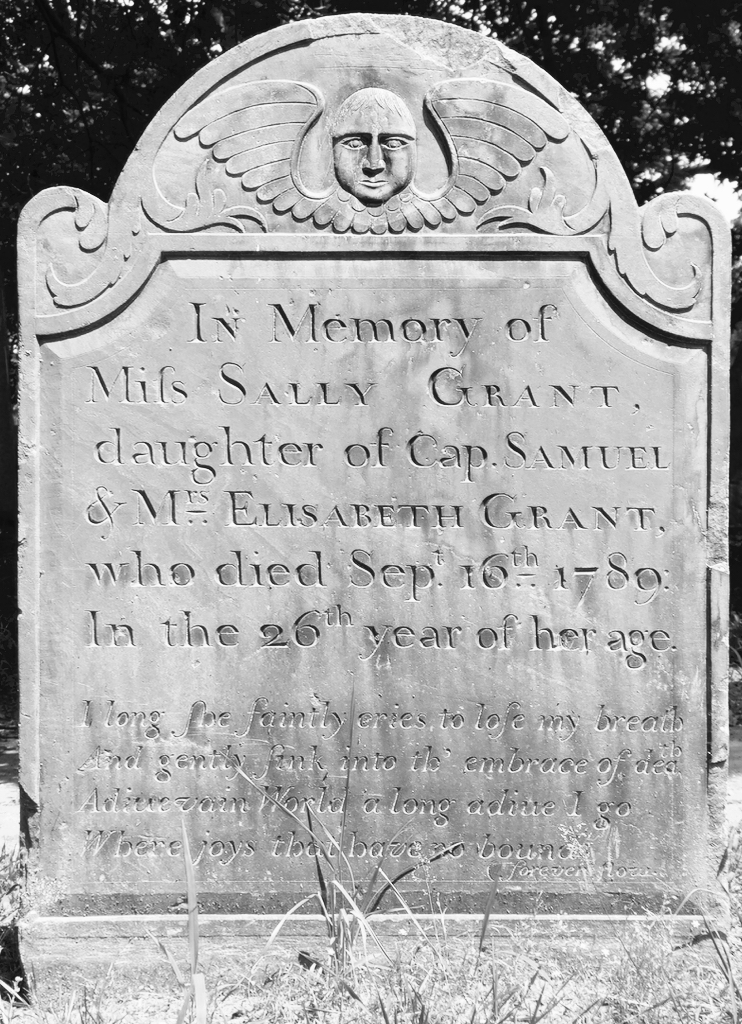 I long[,] she faintly cries[,] to lose my breath
And gently sink into th’embrace of death
Adiue [sic] vain World[,] a long adiue[,] I go
Where joys that have no bound forever flow.

I have been unable to find a source for the short verse on this gravestone. It sounds like it might be a verse from a late eighteenth century spiritual song or hymn, perhaps remembered not quite accurately.