Carol and I went to the Robbins House, an early nineteenth century historic house at the Minuteman National Historic Park in Concord, Mass. The house was originally occupied by Susan and Peter Robbins, two grown children of Caesar Robbins, and perhaps by Caesar Robbins himself; I say perhaps, because the history and chronology of the house, as set forth on the Robbins House Web site, is not entirely clear to me. This is not surprising, given how poorly documented African American lives of the early nineteenth century were. What’s important to know is that Caesar was an African American man who won his freedom from slavery by serving in the American Revolution, and the house was occupied by his descendants and extended family until about 1870.

We got an excellent tour from one of the interpreters, who told us a great deal about the people who lived there, and about the social history surrounding the house. But I have to admit what interested me was the construction of the house. I was particularly interested in the exposed roof beams in one room, which included both hand-hewn beams and sawn joists. The sawn lumber was manufactured using a vertical saw, not a rotary saw. Why the mix of hand-hewn and sawn lumber? The hand-hewn beams could have been salvaged from an older structure, something that was often done in the early nineteenth century, or they could have been made for that house; the sawn lumber could have replaced older joists, or they could have been original, though sawn lumber would have been more expensive than hewing one’s own beams. When the house was being restored, there were archaeology, dendrochronology, and other architectural studies were carried out; I hope the non-profit organization that operates the house publishes the tests and tells us why there are two kinds of beams. 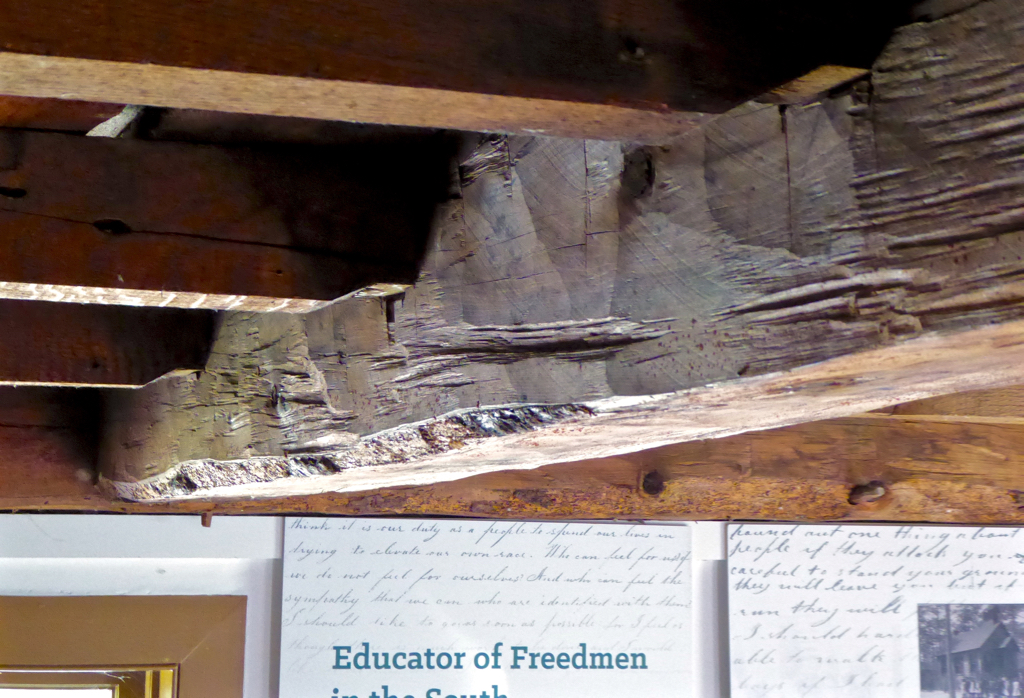