As we think about the the necessity of rebuilding a foundering democracy, a democracy currently dominated by rancor and hate, I can’t help thinking about one of my favorite songs for activists.

Back on December 24, 2008, I wrote about how this song literally saved someone’s life; and how it is a song that could serve as a non-theistic anthem. But I recently found a Youtube video of Liam Clancy singing this song — Clancy was best known for his rendition of the anti-war song “And the Band Played Waltzing Matilda” — and perhaps what he says is the best possible introduction to the song:

“I think it was Bertolt Brecht [says Clancy] who said one time, ‘With a man’s dying breath, he should be prepared to make a fresh start.’ That’s what this next song is about, although it’s supposedly about a ship that went down in the sixties, a ship called the ‘Mary Ellen Carter.’ There’s a lovely last verse to it which is the moral of the whole thing. And it’s a verse that I will tell you because, like myself, you may get solace from it on occasions of tragedy… It says:

“‘All you, to whom adversity has dealt a final blow,
With smiling bastards lying to you, everywhere you go,
Turn to, and put out all your strength of arm and heart and brain,
And like the Mary Ellen Carter, rise again.

“‘Rise again, rise again,
Though your heart may be broken and your life about to end,
No matter what you’ve lost, be it a home, a love, a friend,
Like the Mary Ellen Carter, rise again.'”

And in a later post, I’ll write about some of the ways we can make democracy rise again. 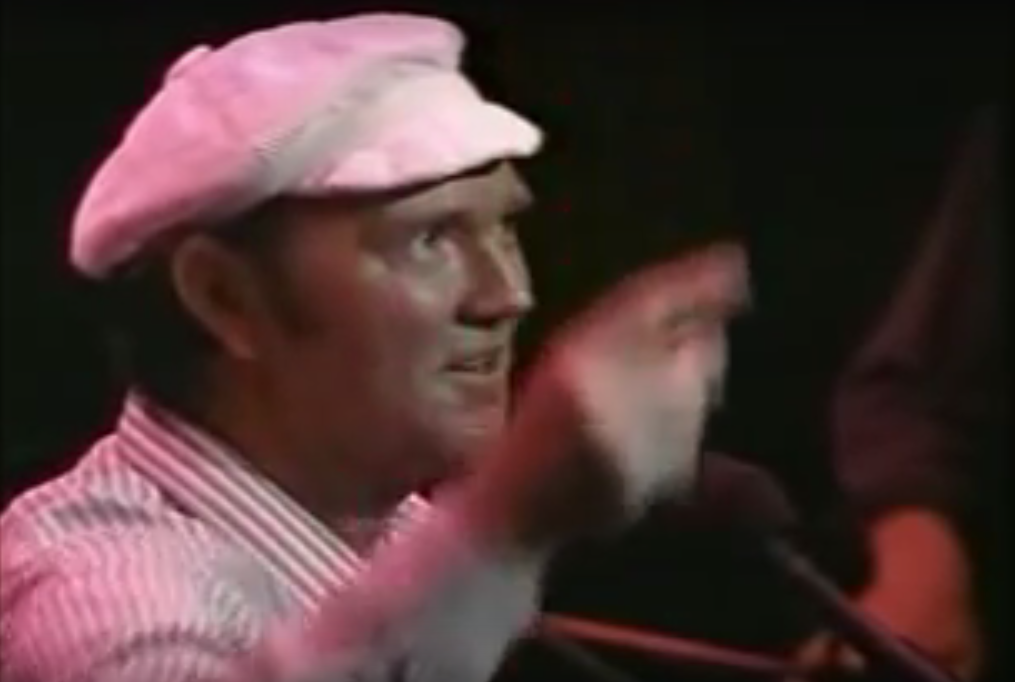 Above: Liam Clancy saying, “Rise again”; video still from “The Mary Ellen Carter” as sung by Clancy (click on the photo for Clancy’s rendition of the song).

Or to hear a video that first tells how the song saved Robert Cusik’s life, and then to hear Stan Rogers himself singing the song (Rogers starts singing at 1:35), click here.

One thought on ““All you, to whom adversity has dealt a final blow””