Sung at the Completion of the Battle Monument, April 19, 1836

By the rude bridge that arched the flood,
Their flag to April’s breeze unfurled,
Here once the embattled farmers stood,
And fired the shot heard round the world.

The foe long since in silence slept;
Alike the conqueror silent sleeps;
And Time the ruined bridge has swept
Down the dark stream which seaward creeps.

On this green bank, by this soft stream,
We set today a votive stone;
That memory may their deed redeem,
When, like our sires, our sons are gone.

Spirit, that made those heroes dare
To die, and leave their children free,
Bid Time and Nature gently spare
The shaft we raise to them and thee.

One of the better poems Emerson wrote: simple and direct, and more complex than it seems at first; not unlike the five-minute battle which both the poem and the Battle Monument commemorate. The “votive stone” still stands in the same place that it stood when Emerson’s poem was sung to it back in 1836, 182 years ago today. 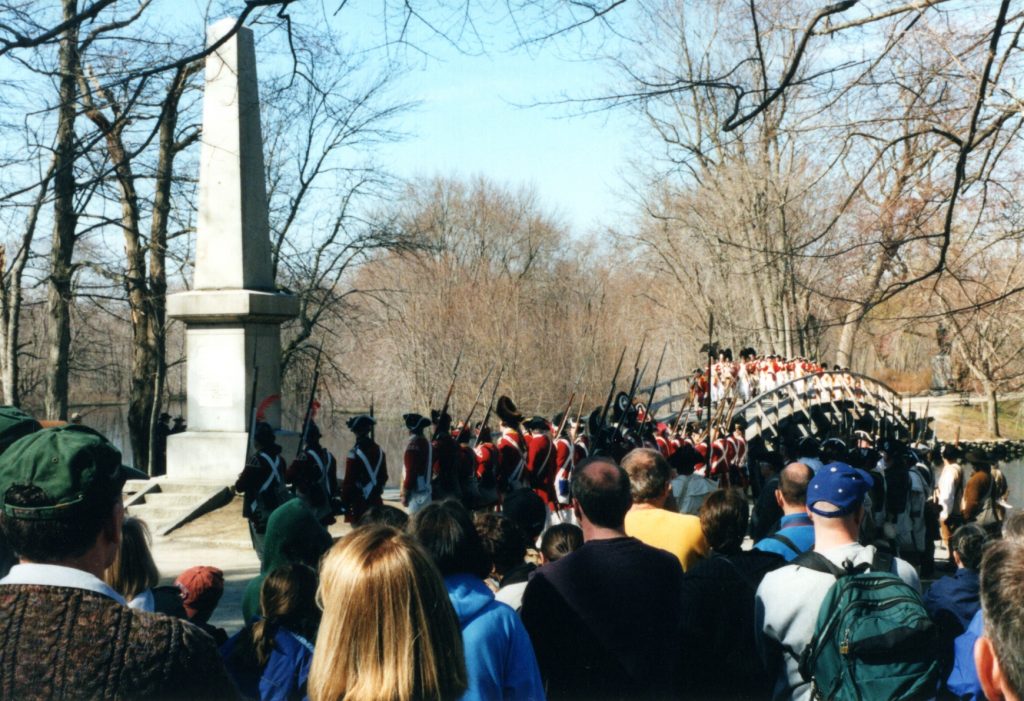 Above: The monument as it appeared at the 2009 re-enactment of the Battle of the North Bridge