For this American sacred song, I’ve paired a classic eighteenth century psalm tune with an ancient Pali text translated by Charles Lanman, the great American scholar of Sanskrit. This is what Buddhas was supposed to have said when he at last acheived enlightenment, and was no longer bound to the endless cycle of rebirth. As a sort of extra bonus, the third verse is a translation by Paul Carus, a German immigrant to the United States, and a pioneering figure in the study of comparative religion (though today his scholarship seems quite dated). 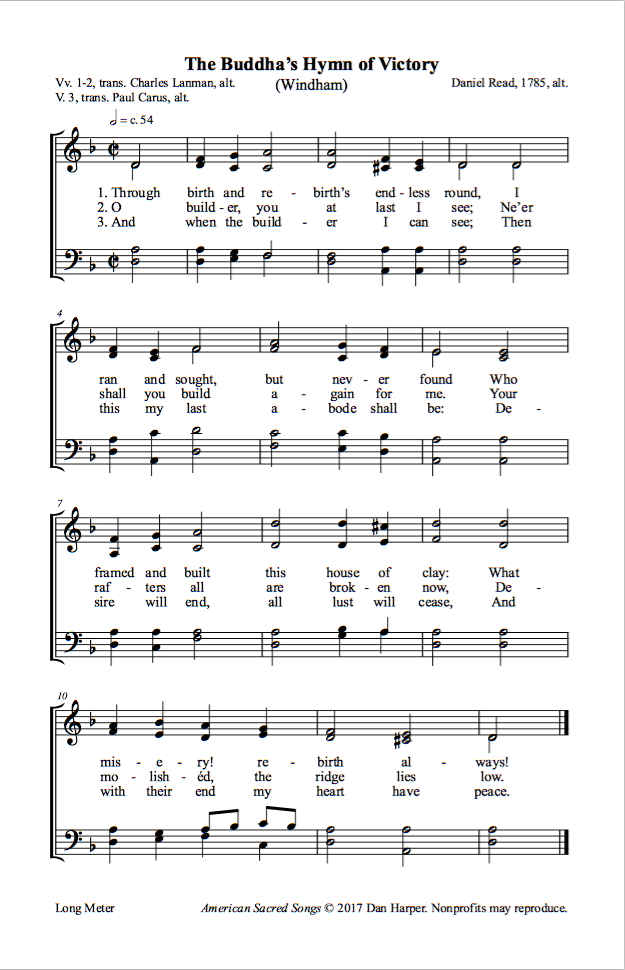 The music is “Windham” by Daniel Read, one of the greatest of eighteenth century hymn tunes. This composition is usually paired with a text by Isaac Watts that begins “Broad is the road that leads to death…,” and tells how mortals can get to heaven. Even though the Christian path to heaven and the Buddhist path to nirvana are very different, the mood of the music seems to match both texts equally well.