Yesterday, we drove from Hudson, Ohio, to Lake Winnebago, Wisconsin. The drive was long and remarkable only because of a huge traffic jam that we were able to avoid by using an online map service, and thunderstorms outside Chicago that prompted us to stay in a service area for an hour until the rain died down.

Today Ed took us to the Paine Art Center and Galleries in Oshkosh. I enjoyed seeing the building, the art, and the furniture, but I liked the gardens most of all. I enjoyed the creativity of the plantings — using red Swiss chard as an ornamental in a garden dominated by deep red flowers was inspired — and the variety of the gardens, from woodland shade gardens with winding paths, to formal rose gardens laid out in rectangles.

What particularly struck my attention, though, was the variety of pollinators I saw. Several species of Hymenoptera, and at least two species of Lepidoptera were actively seeking out blossoms throughout the garden. I felt fairly confident identifying the Lepidoptera as the common species Eastern Tiger Swallowtail (Papilio glaucus) and Red Admiral (Vanessa Atalanta).

I was unable, however, to identify the Hymenoptera species that I saw. One was a bumblebee, in the genus Bombus, crawling in and out of the flowers of a hosta; but which of the two dozen species of bumblebee that live in this region, I am not able to say. 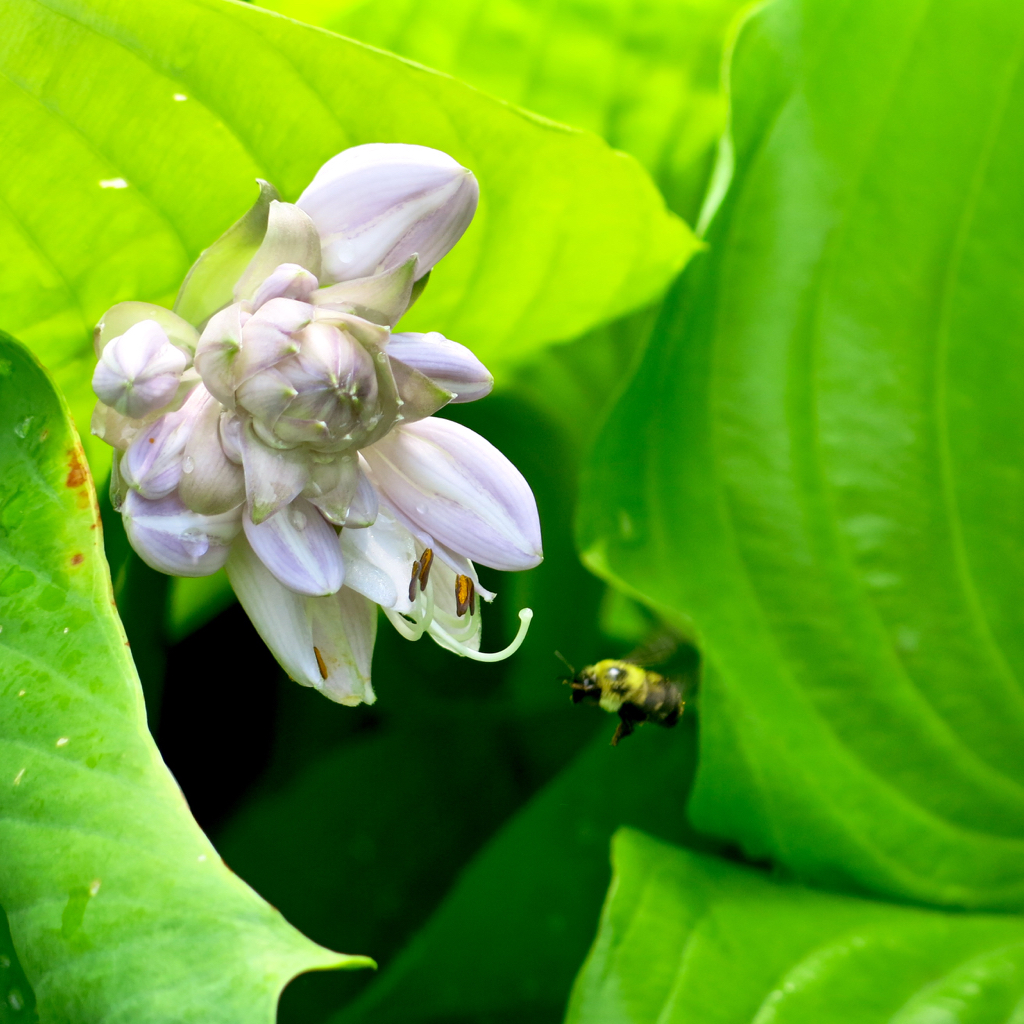 I saw a small greenish bee-like insect, perhaps one of the metallic green bees (genus Agapostemon) crawling on a red flower. Another individual, apparently of the same species, flew to the flower and the two clutched at each other and lay on one of the petals for a few seconds; then both flew away. 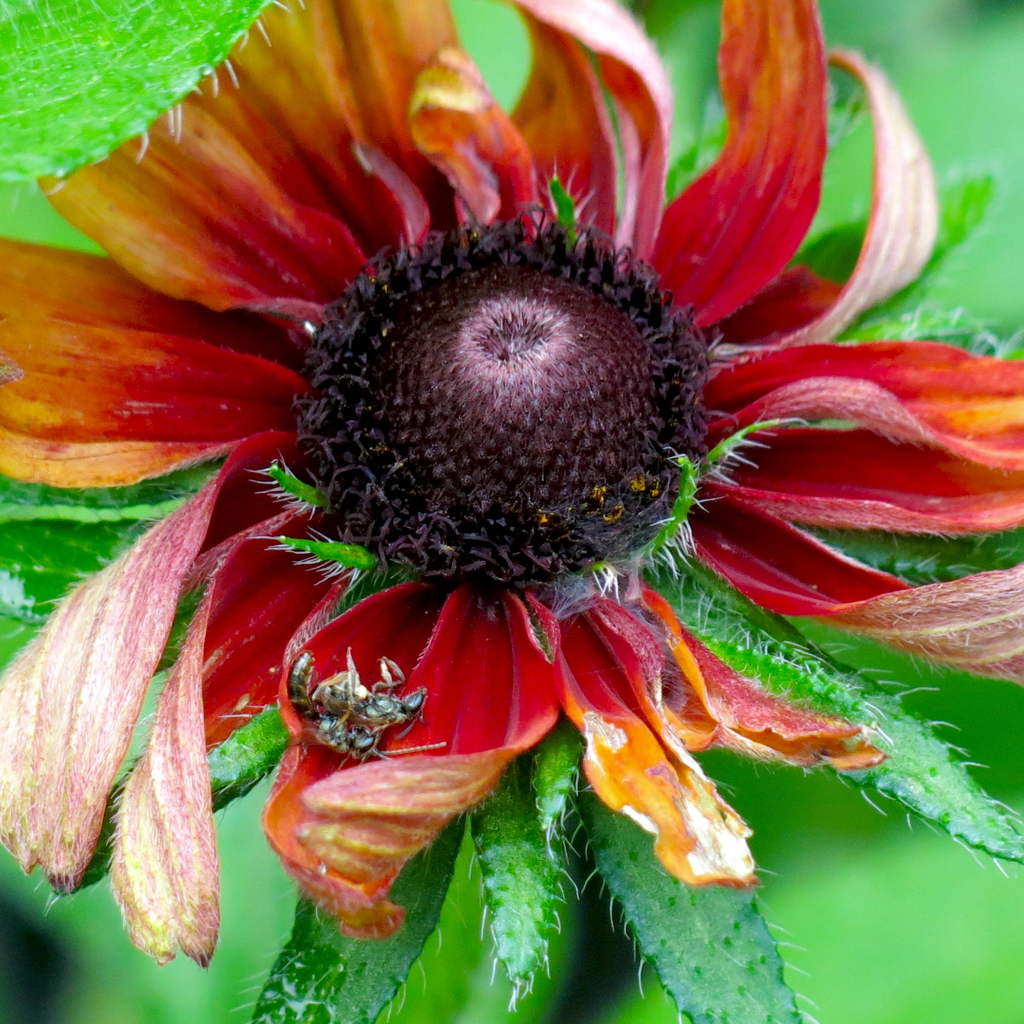 I looked through the BugGuide online guide to genus Agapostemon, but it was clear I did not have enough information to figure out which species I had seen. Nor was I able to decide what the behavior I saw was about: were they two individuals copulating? having a territorialdispute? Here’s a magnified section of the above photograph: 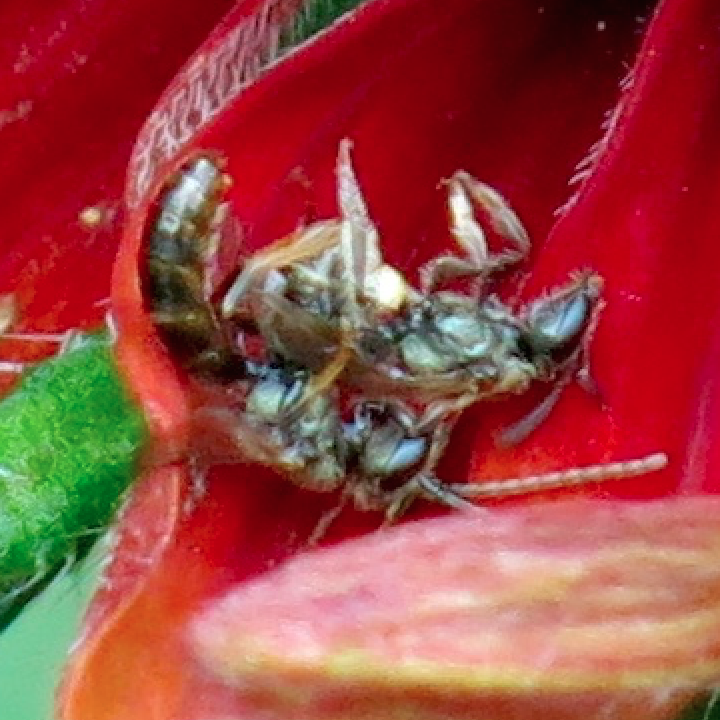 And there were other individuals where I could not even determine the genus, like a wasp-like insect I watched crawling around on a fennel flower. Lepidoptera is the only order of insect where I find it possible to carry identification down to the level species; in Hymenoptera, I feel lucky if I can get to the level of genus; and there are other insects where I’m not even sure in what order the insect should be placed. 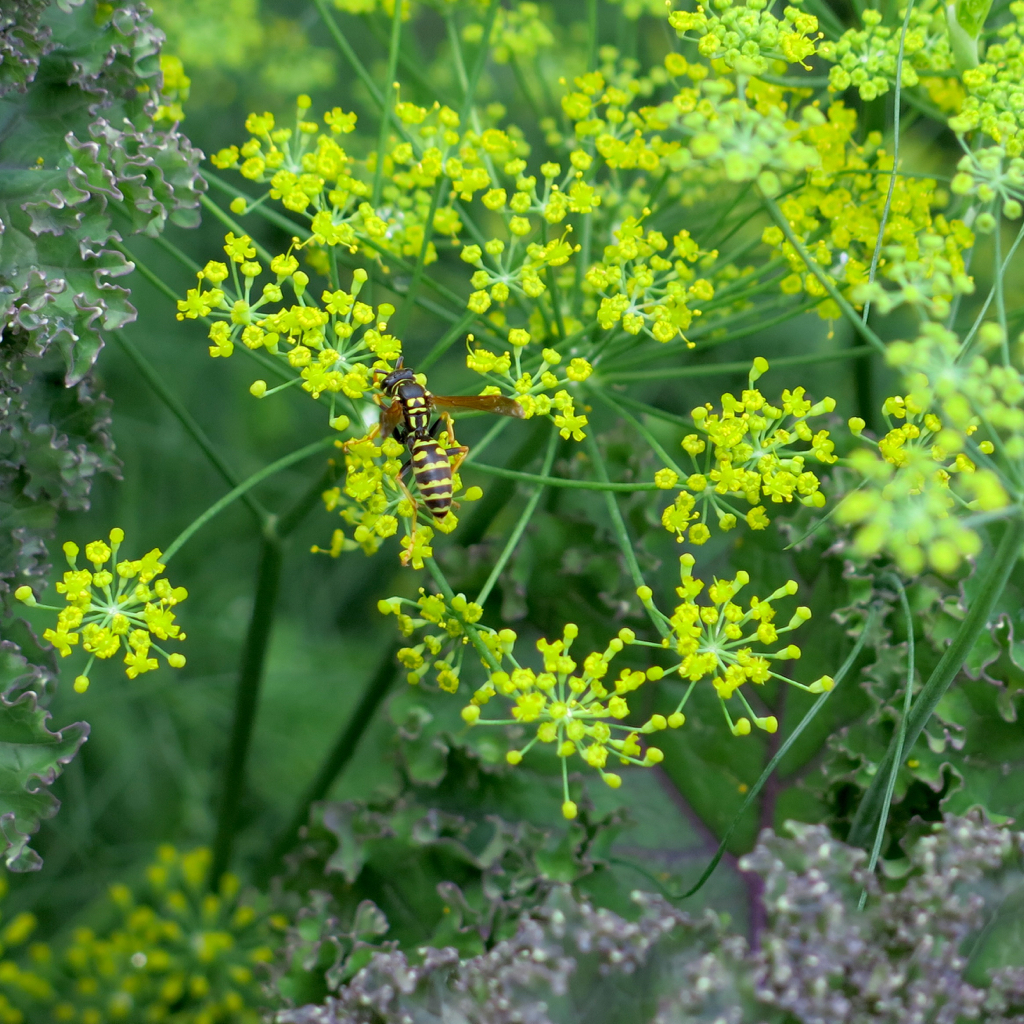 Curiously, I didn’t see any European Honeybees. But I saw at least two or three other species of Hymenoptera active among the flowers. I could have spent all afternoon looking at these insects, but that would have been a serious imposition on Carol and Ed.