I spent an hour in the afternoon on a dock poking out into the muddy waters of Lake Winnebago. I was mostly looking at birds, but I also watched the airplanes flying by. The Experimental Aircraft Association in Oshkosh is hosting AirVenture, a week of air shows, mass arrivals, experimental aircraft, antique aircraft — it’s one of the largest air shows anywhere. The EAA Seaplane Base is just a couple of miles up the lake from us, and while I sat on the dock a dozen or more small seaplanes flew past the little cove where I sat. Then I heard a much deeper, louder sound, and through the trees a gigantic Martin Mars, a four-engine seaplane with a 200 foot wingspan, appeared overhead, circled slowly around and settled down towards the water. 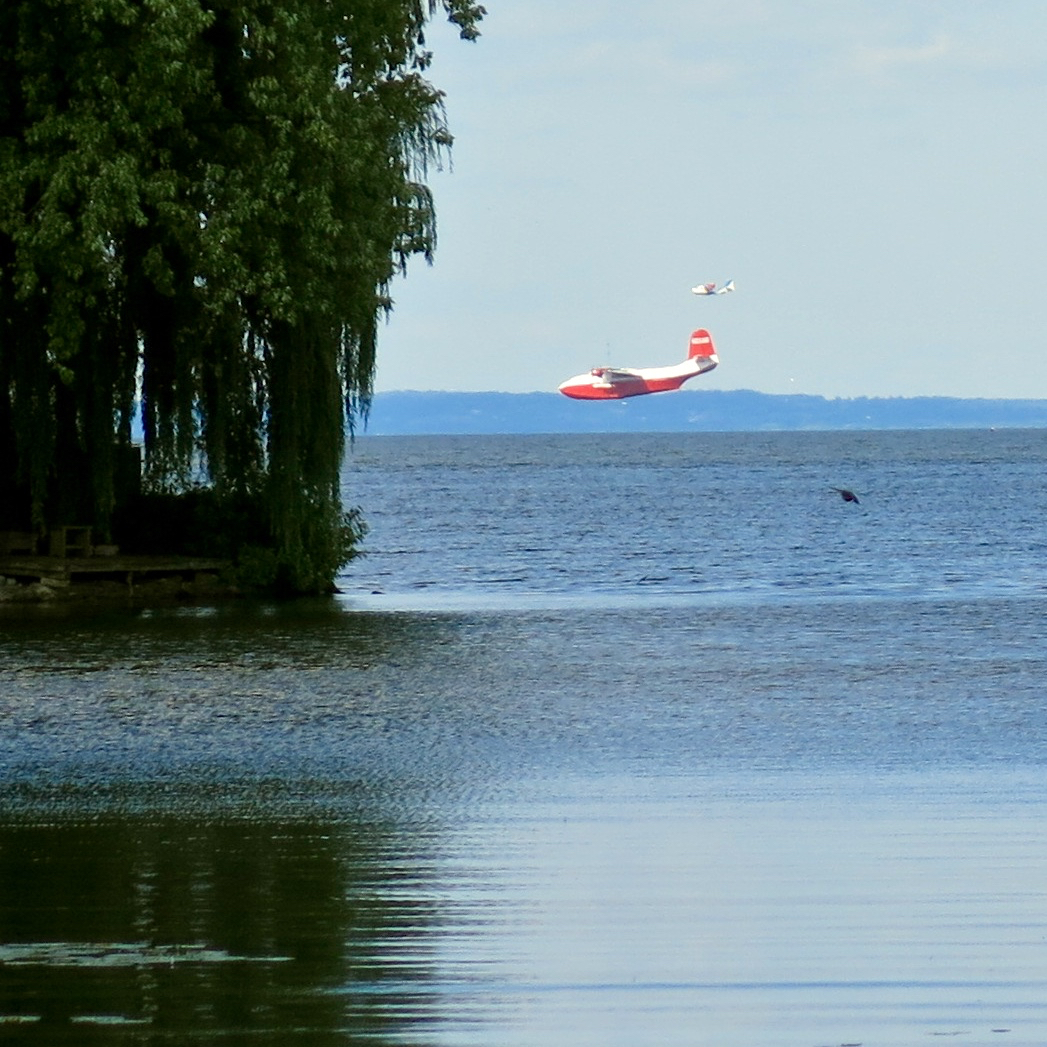 The huge red and white plane disappeared behind some trees. I watched through the binoculars, and when it reappeared I could see the huge bow wave sent up by the Martin Mars.

A few minutes later, I looked down and saw a different kind of seaplane. A small insect in the order Odonata flew down and landed on the surface of the water. Because it spread its wings out on either side of it, I’m going to say it was a dragonfly, suborder Anisoptera. But that’s as far as I can go; I can’t even say what family of dragonflies this individual belonged to. But that’s beside the point; what interested me was that this insect was able to land on the surface of the water, apparently supported just by surface tension, and then take off again. What an amazing insect. 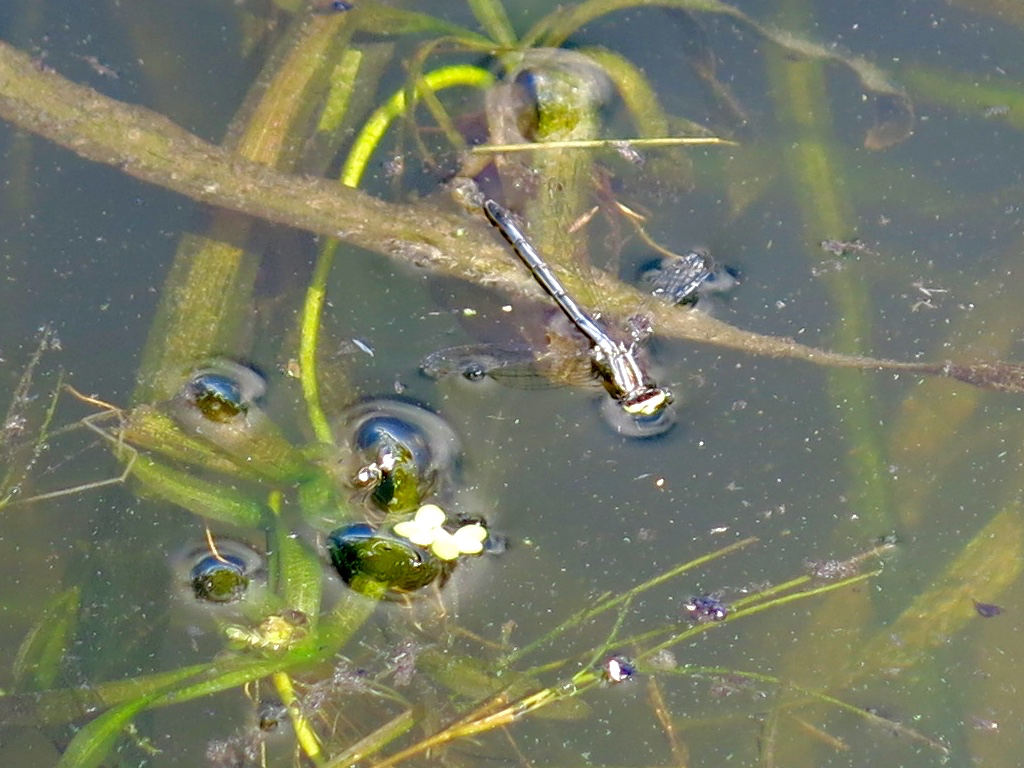 When an orange-and-white butterfly landed on a lily pad, I have to admit that I felt relieved, because I knew I could identify the species. It was a Bronze Copper, a common butterfly in Wisconsin at this time of year. I’m not sure why I feel the need to be so specific with identification; I’d like to think it’s because it helps me better understand the evolutionary connections between organisms.