Front page headline on this morning’s Cleveland Plain Dealer:
TRUMP TIME
NOMINEE VOWS, ‘I WILL WIN FOR YOU’
Speech caps mixed week for GOP, but Cleveland gets high marks

I have an uncle who lives in Hudson, Ohio, a half hour drive from Cleveland. A few months ago, I tried to book a motel room for tonight, but the prices were outrageous: a nearby Motel 6 wanted $286 a night. That was inexpensive compared to other motels. That’s what the Republican National Convention did to hotel prices within an hour’s drive of Cleveland. Fortunately, my uncle said we could stay with him.

Aside from that, we have seen no evidence of the Republican National Convention.

We did see a new baby, who is my first cousin twice removed. My cousin, the baby’s grandmother, tried to convince me that I am the baby’s great uncle, but I wasn’t convinced.

And we did see one of my mother’s pastel drawings, made long before she was married, framed and hanging in my uncle’s living room. Upon orders from my sisters, I took a photograph. 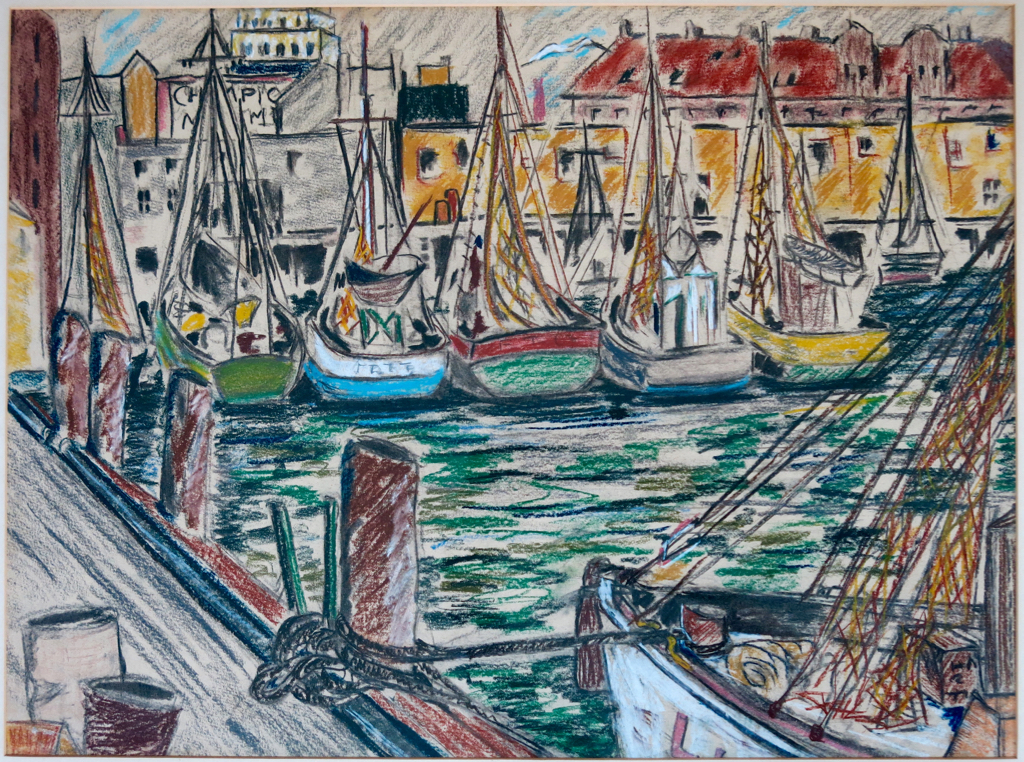 And we were happy that the Plain Dealer felt that Cleveland got high marks for being a city that “charms visitors.”

One thought on “Erie, Penna., to Hudson, Ohio”