Yesterday, Carol and I had picked several clusters of Staghorn Sumac fruit. We soaked them overnight in water, and this morning we had sumac tea to drink. The tea was tart but not as flavorful as some I’ve had; I suspect the rain storm two days ago washed away much of the flavor. Still, it was worth drinking, and we each had a large glass of it with breakfast. 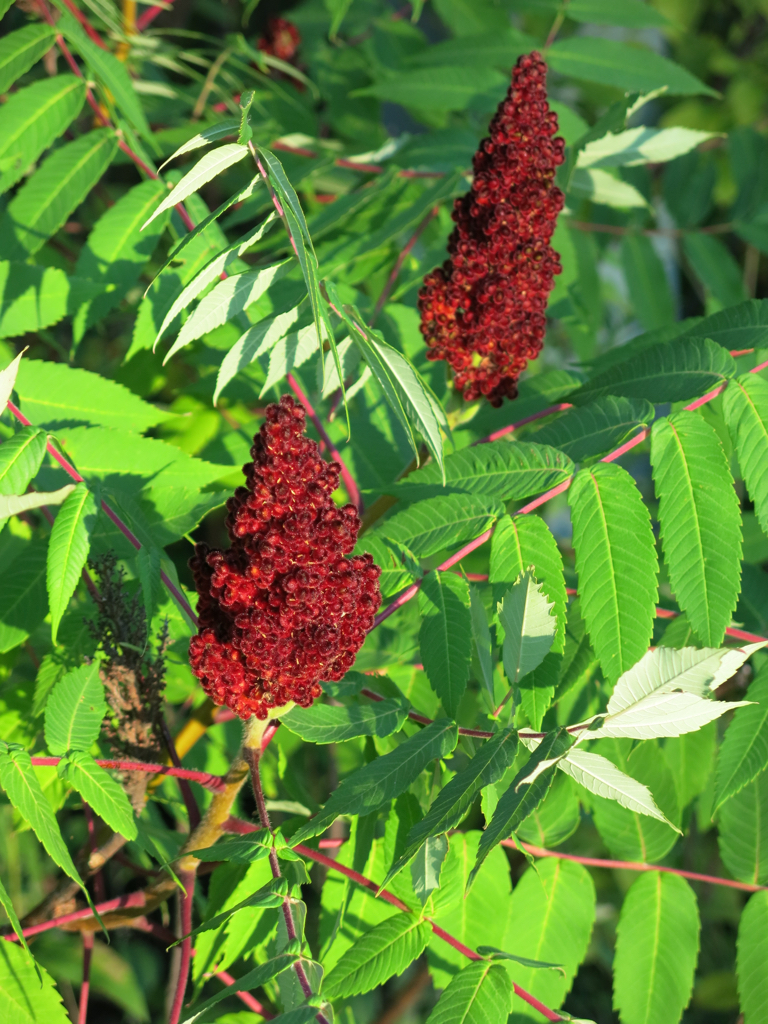 We said goodbye to Ed and Nancy, and drove west through central Wisconsin. We stopped for lunch at Necedah National Wildlife Refuge, where we startled two Sandhill Cranes, who flew up out of the march grass into the air, bugling loudly; we were almost as startled as the cranes.

After lunch, it was Carol’s turn to drive, and I read aloud the coverage from the Democratic National Convention from the Milwaukee Journal Sentinel. We had watched some of the speeches last night at Ed and Nancy’s, and had been impressed and a little surprised at Bernie Sanders’ ringing endorsement of Hillary Clinton; but we hadn’t realized that when he declared his support for Clinton, some of his supporters had booed loudly. There are lots of angry white people out there in this presidential election season, and it is hard to predict what they will do.

Tonight we are staying in Jackson, Minnesota. We drove into the town’s small business district for dinner; it’s a small little Midwestern town along small swift river, with a tall majestic courthouse towering over the town center. The town is not particularly scenic, the downtown has the usual empty storefronts, but we both found it relaxing and enjoyable to walk around the town at dusk. Carol chatted with the owner of a large Newfoundland while I let the dog sniff my fingers. We stopped to look up at the Common nighthawks flying around the statue of Blind Justice high atop the dome of the courthouse. And we admired the round picnic table built on the stump of a tree in someone’s front yard. Look, said Carol, there’s even a bunny sitting under the table. 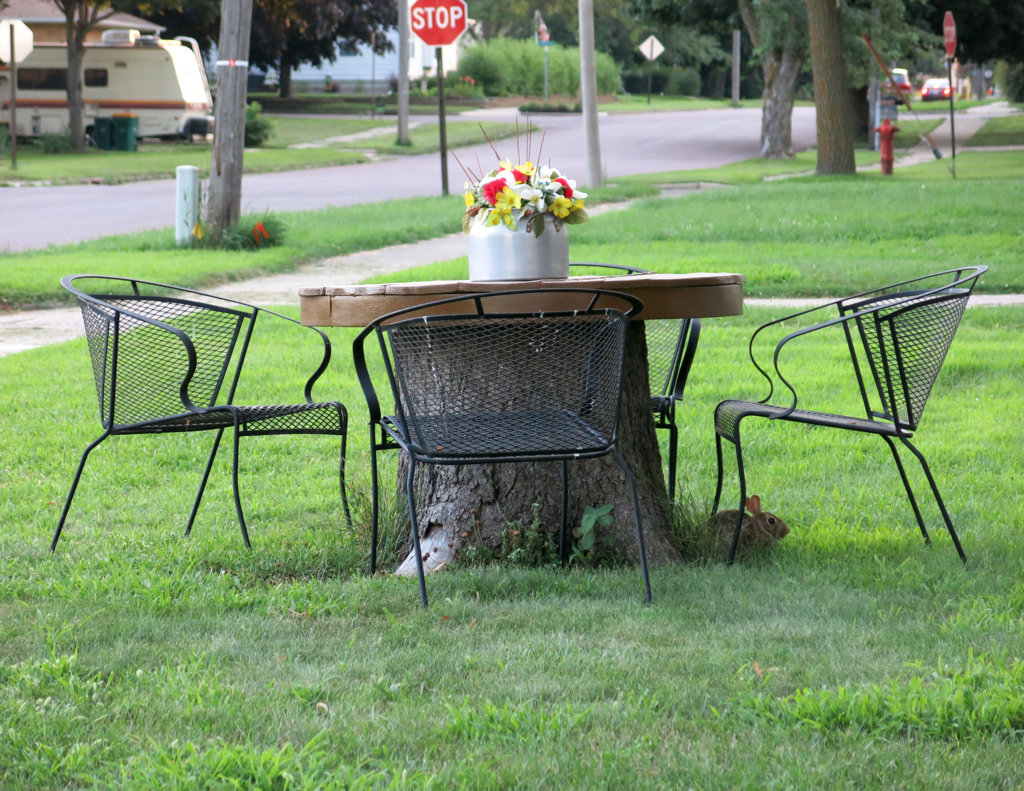