We had a hard time getting going this morning. Both of us slept a long time. I feel as though I have no reserves upon which to draw. And no wonder: long hours at work throughout June; and prior to that, the death of my father two months ago, followed a few weeks later by the death of my mother’s twin sister.

A couple of hours east of Evanston, we stopped at Seedskadee National Wildlife Refuge. We ate lunch on the deck of the visitor center, looking out across the broad valley of the Green River, a line of cottonwood trees marking the course of the river, the bluffs on the far side of the valley, then the sagebrush of the rolling Wyoming plains drawing your eye to snow-covered mountains in the distance. 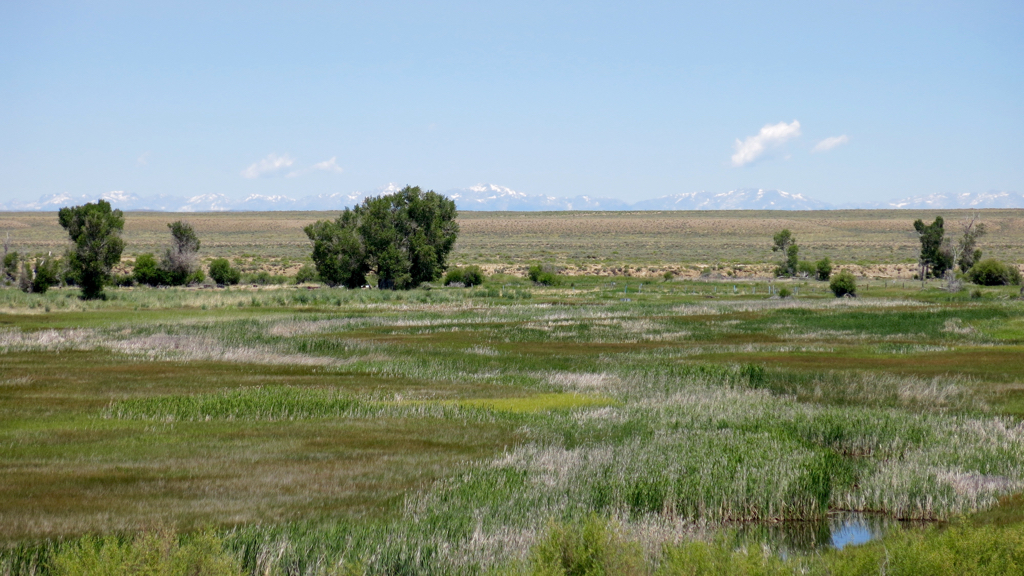 After lunch, we walked down the bluff into the valley. There was very little wind, and the deer flies buzzed in anxious circles around our heads, trying to find a way past our broad-brimmed hats. Carol walked on at a brisk pace; I dawdled, looking at and listening to the birds in the marshlands on either side of the gravel road. As Carol walked past a clump of three big old cottonwood trees, she startled an owl. It flew out, a big brown ghostly shape. Smaller birds swarmed around it — swallows and blackbirds — and one brave little bird, maybe a kingbird, swooped down and with its feet clawed at the back of the owl. The owl turned and twisted, trying to get rid of its anxious tormentors; it flew low over the marsh grass to some distant trees.

The flies wouldn’t leave us alone, so soon we made our way back to the visitor center. The warm sun almost directly overhead, the dry clean air, the teeming life around us: I felt something in me replenished, just a bit. 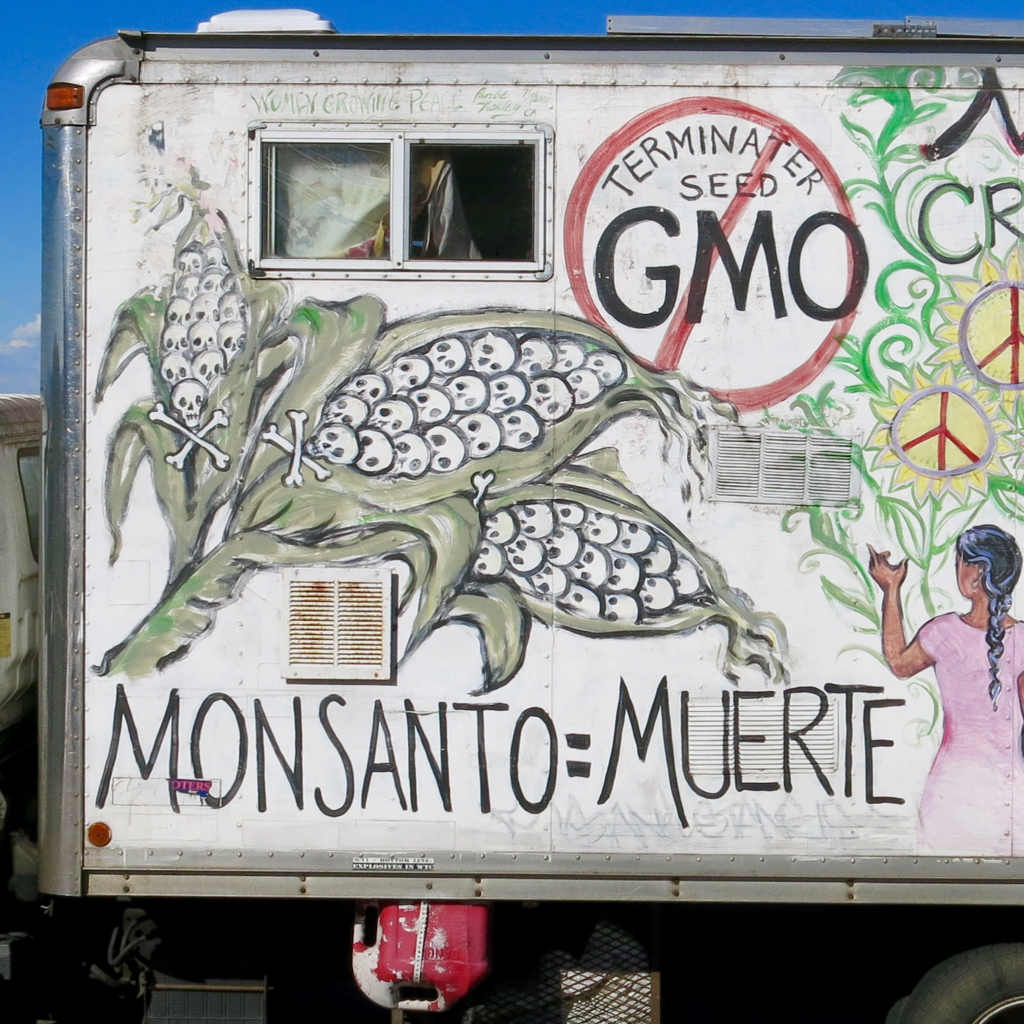 A long afternoon and evening of driving followed. At one rest area in Wyoming, a sign on the side of a small box truck proclaimed “MONSANTO=MUERTE,” and above the amateurish lettering was a painting of ears of corn. Each kernel of corn was a skull. 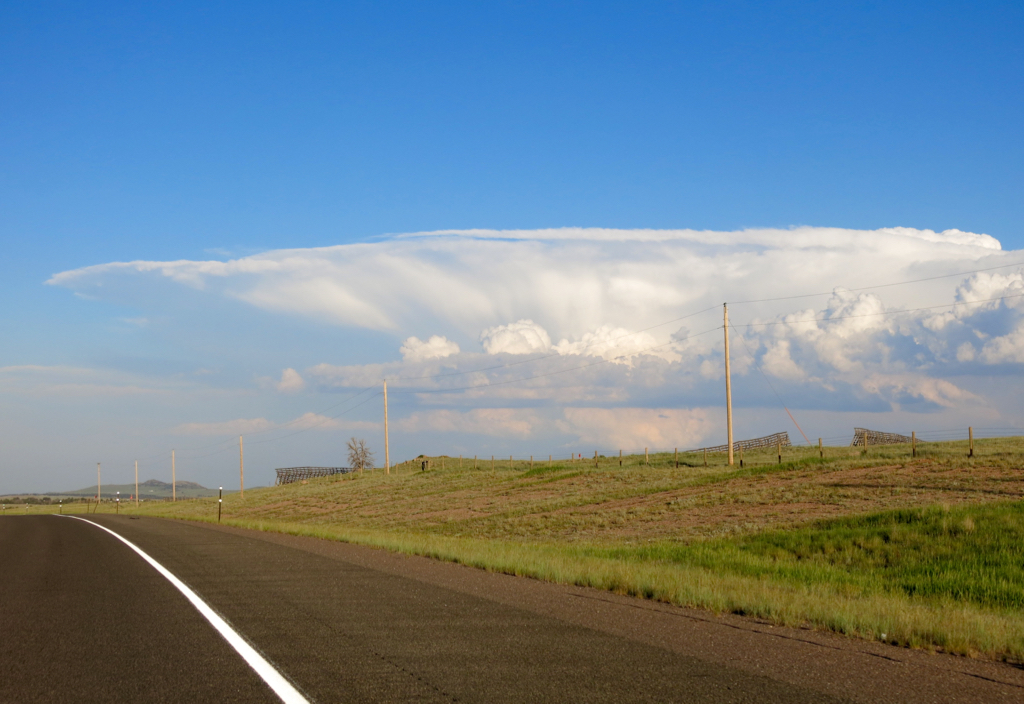 We drove on into Nebraska. The radio told us that there was a tornado watch in effect for southeastern Wyoming and northwestern Nebraska. Tall clouds began to rise on the horizon. In front of us, directly in the path of the highway, rose a huge cloud, broad at the top with undercut sides, like a huge unsteady island floating above us. We got closer and closer, then the highway turned, taking us north of the huge cloud. The light waned, night fell, and off to the north of us we could see lightning flashing continually.