We finally got on the road at half past one. It took more than an hour to get free of Bay Area traffic, and then more than another hour to get past Sacramento. Carol decided to pull off the highway at Auburn, Calif. We walked the steep streets around the historic district, passing restaurants and stores selling tchotchkes, up the hill to the Place County Superior Courthouse, a monumental pile of yellow brick. 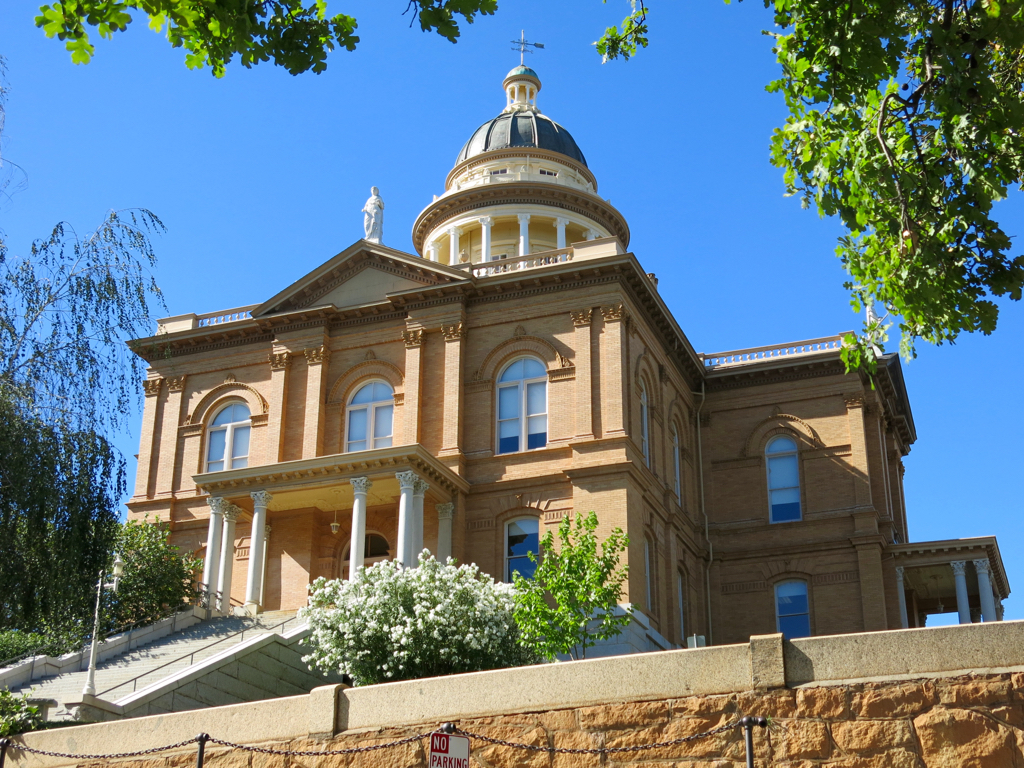 Along Interstate 80 on the way up the Sierra Nevada Mountains, we passed a roadside billboard that advocated splitting off a new state, to be called Jefferson State, from the rest of California. Republicans and libertarians who want “less government” and low or no taxes are behind this movement for a new state. Not surprisingly, there was a large Donald Trump sign attached to this billboard, for he is the new standard-bearer for those who want low taxes and less government. They would not have funded the construction of the monumental Placer County Superior Courthouse.

An hour or so later, we stopped in Verdi, Nev., to stretch our legs. Out in front of ESP Art, a trout sculpture leaped in front of a reflection of the eastern Sierras. 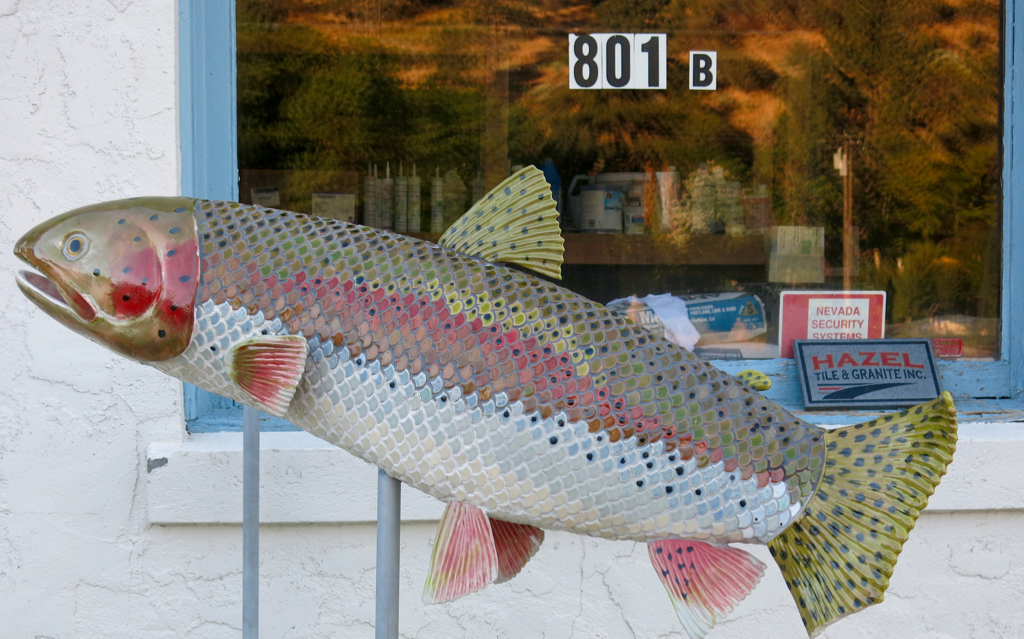 We drove through Reno and Sparks, and at last, as the sun was setting, we were in the wide open spaces of the Great Basin. We passed the Carson Sink, which had some patches of open water in among the salt pans; passed tall brown mountains that turned gold in the setting sun; passed mysterious large industrial plants along the Humboldt River; passed sage brush and tumbleweeds; and arrived in Winnemucca at half past ten. 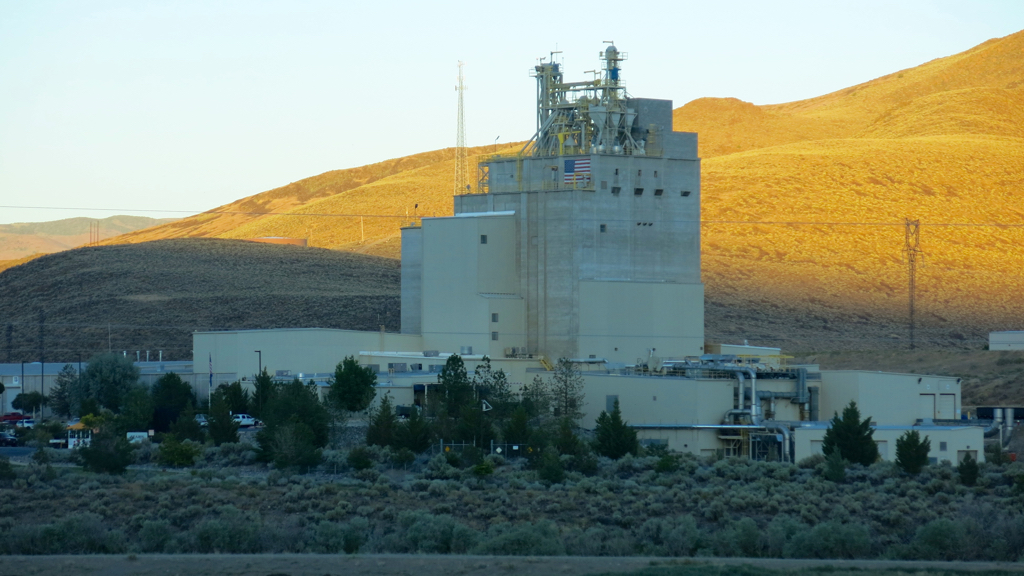 We had planned to leave San Mateo at noon. Now it is half past twelve, and we still haven’t finished loading the car with clothes, camping gear, ham radio gear, jars of plum jam, and Lord knows what else. 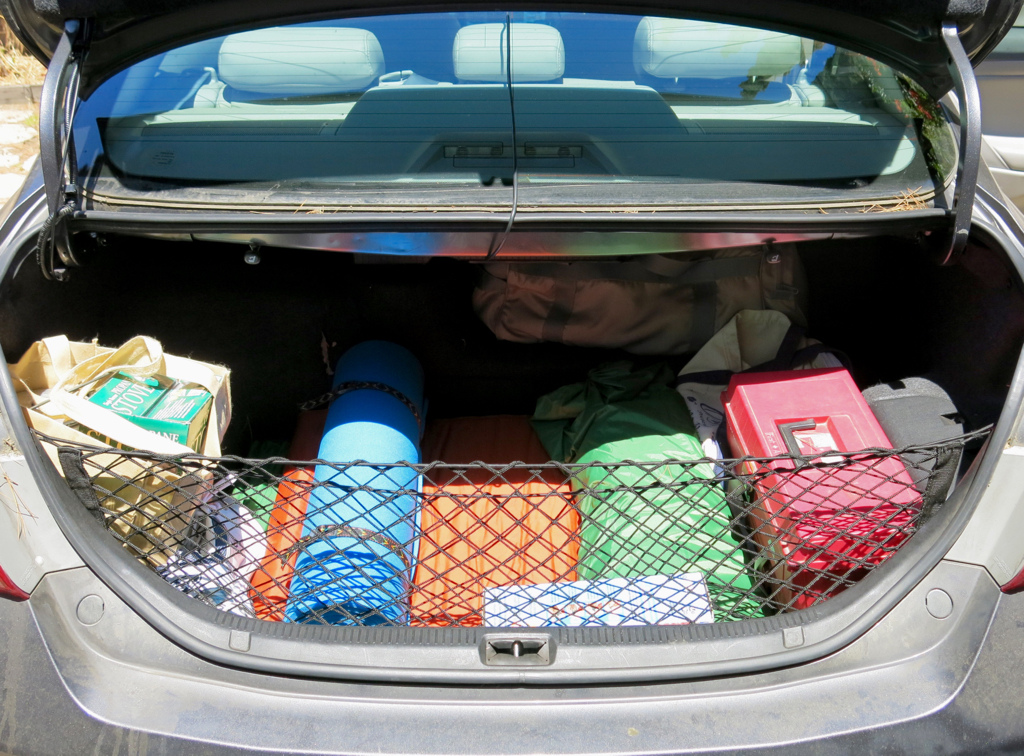 Even though we got up at 6:30 this morning, we just had too much to do. Carol and I spent the last two weeks running an ecology camp, and that left us little time to get ready for our trip.

So here we are, still in San Mateo. We hope to get on the road by one o’clock. We hope….