I went out the Baylands Nature Preserve to check on the Cliff Swallow nesting colony. There are now at least thirty completed nests, most of which appeared to be active (that is, I either saw birds flying into or out of them, or I saw a bird poking its head out the entrance). Many of the nests are built right next to other nests, which may cut down on the amount of construction the birds have to do since they can utilize existing walls (thus saving energy). 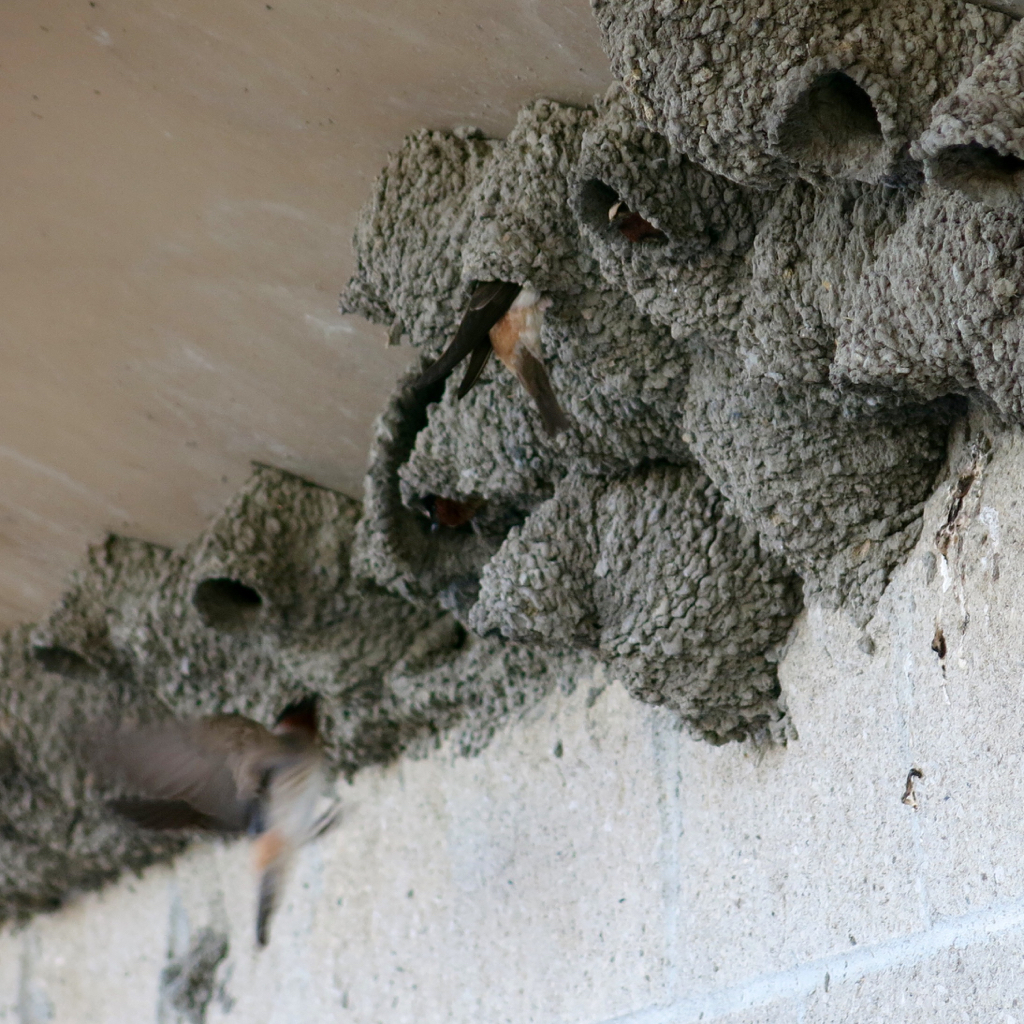 Most of the nests are under a large overhang that faces roughly south, which means they get little or no sun during the day (because the overhand shades them). One nest has been built on a west-facing wall; even though there is plenty of room for more nests nearby, no other birds have built nests there, though it looks like some birds started placing mud there. I can only speculate why no other birds built nests there: too much sun late in the day heats up the nest? the mud dries too quickly in the afternoon sun? there is no fence around that wall as there is along the other wall to keep curious humans at a distance? In any case, the nest on that west-facing wall is active, and a Cliff Swallow poked its head out as I came close. 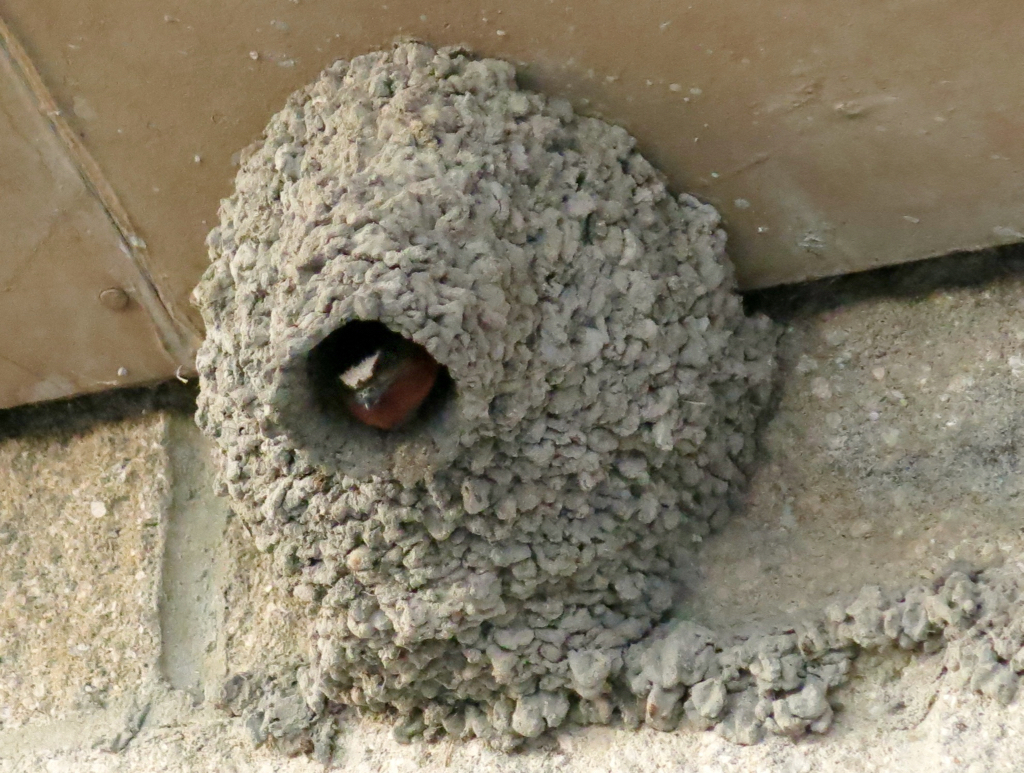 Some swallows are still building nests, which means the nesting season is going to extend for at least another couple weeks. Yet for the past two years (at least) Cliff Swallows have not built nests in this location.