We stayed in Avoca last night, and our next stop was St. Joseph, Missoui, which turns out to be only a two and a half hour drive away. Yet I thought I had scheduled us to drive six hours every day. But I planned this trip right around when my father was dying, so it’s no wonder I made a mistake. And as it turned out, we needed an easy day. We slept late, took our time getting out of the motel, and as a result I felt far more rested than I’ve been feeling.

We went for a walk at Squaw Creek National Wildlife Refuge, three quarters of a mile along a dike through a huge freshwater marsh out to an observation platform. The deer flies began swarming us almost as soon as we started walking; they were undeterred by the steady easterly breeze. Carol put up a bright red parasol for the sun, and to decoy the deer flies to bite the parasol instead of her head. But I think she had just as many deer flies near her head as I did. 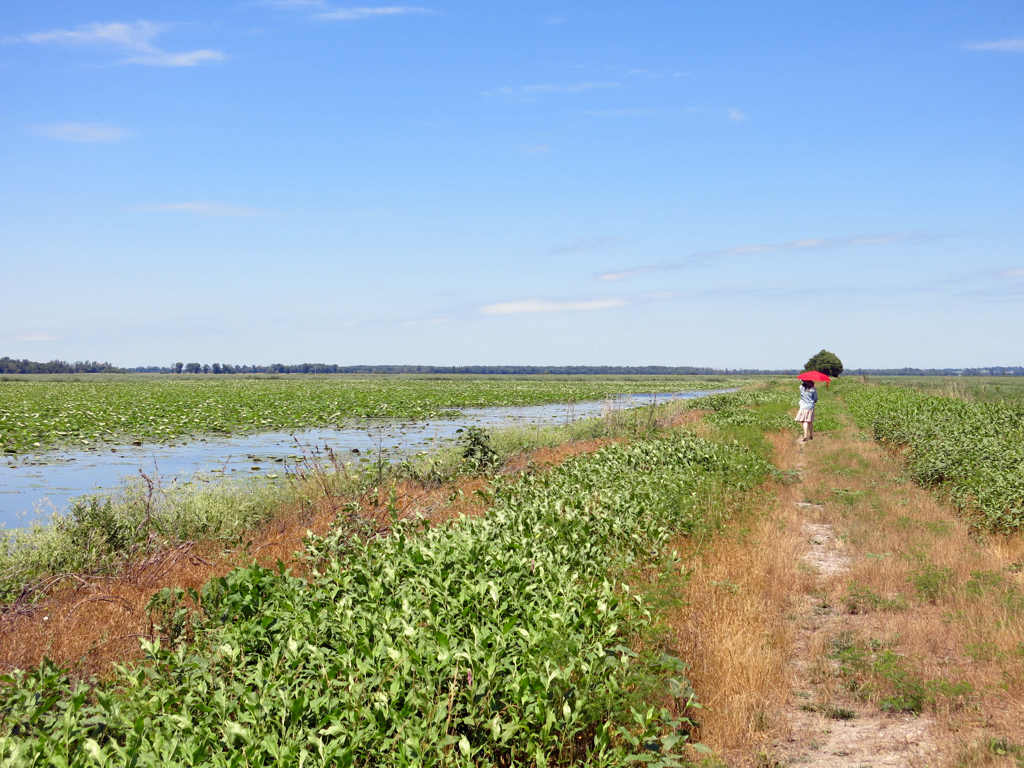 We flushed two or three Great Blue Herons out of the water near the dike, and they flew low over the cattails and rushes, necks tucked back against their bodies, long legs trailing behind, huge wings flapping slowly. My father took endless photographs of Great Blue Herons in the national wildlife refuge near where he lived: herons wading, herons stalking prey, herons about to take flight, herons standing and looking warily at the camera. He got access to a large-scale printer, and of course he printed out a large photo, some 20 by 30 inches, of a Great Blue Heron. From the observation tower, we could see for a mile or more across marshlands in all directions, except behind us, where trees growing along the dike blocked our view. We saw more than a dozen Great Blue Herons standing here and there, and one White Pelican sunning itself on top of a muskrat lodge.

Half an hour after leaving Squaw Creek NWR, we were in St. Joseph. We followed the signs to the “Historic Downtown,” parked the car, and wandered around. We saw a great many empty storefronts, and hardly any pedestrians. Some of the buildings were beautiful, like the German American Bank Building, made with red brick and red stone, with details including staring heads of fanciful animals or perhaps gargoyles. 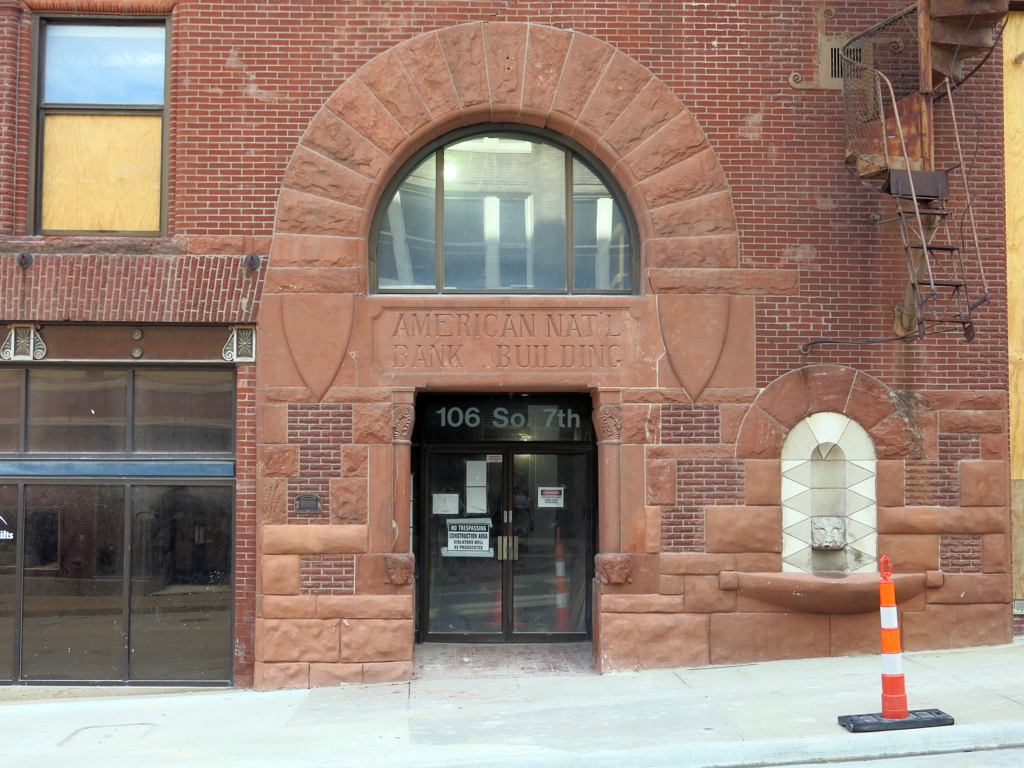 A map in a storefront declared this neighborhood to be the Arts and Entertainment District, and the map showed where to find restaurants and bars and arts venues. One of the restaurants on the map was closed and a sign in the door read: “Business for Sale.” A couple of other businesses had closed at three in the afternoon; it was now just before five. The Missouri Theatre had no shows scheduled for the near future, and the last performance took place more than a week ago. We went into the Bourbon Street Restaurant, where several people were already eating early dinners. We had blackened shrimp and broiled catfish; one of the wait staff raved about the fried okra, so we had extra helpings.

Later we went to Tiger’s Den Bookstore and Bar. The emphasis was on the bar, not the books; but they had a pretty good selection. For two dollars I got a clean copy of Graham Greene’s biography of John Wilmot, a book I’ve always wanted to read though I don’t think I will like it. We paid the bartender for our books, while a woman sitting at the bar made friendly small talk with us. Outside on the sidewalk, Carol said we should have stayed and talked with her. But it was late and we wanted to get to sleep.