Tomorrow, the middle school ecojustice class in Sunday school is going to make solar ovens. So of course I had to make a prototype:

I started with a basic design made out of carboard boxes, a design that is sometimes called the “Minimum Solar Box Cooker.” But instead of just nesting one smaller box inside another box, I took the smaller box, cut out the ends, and turned it 45 degrees: 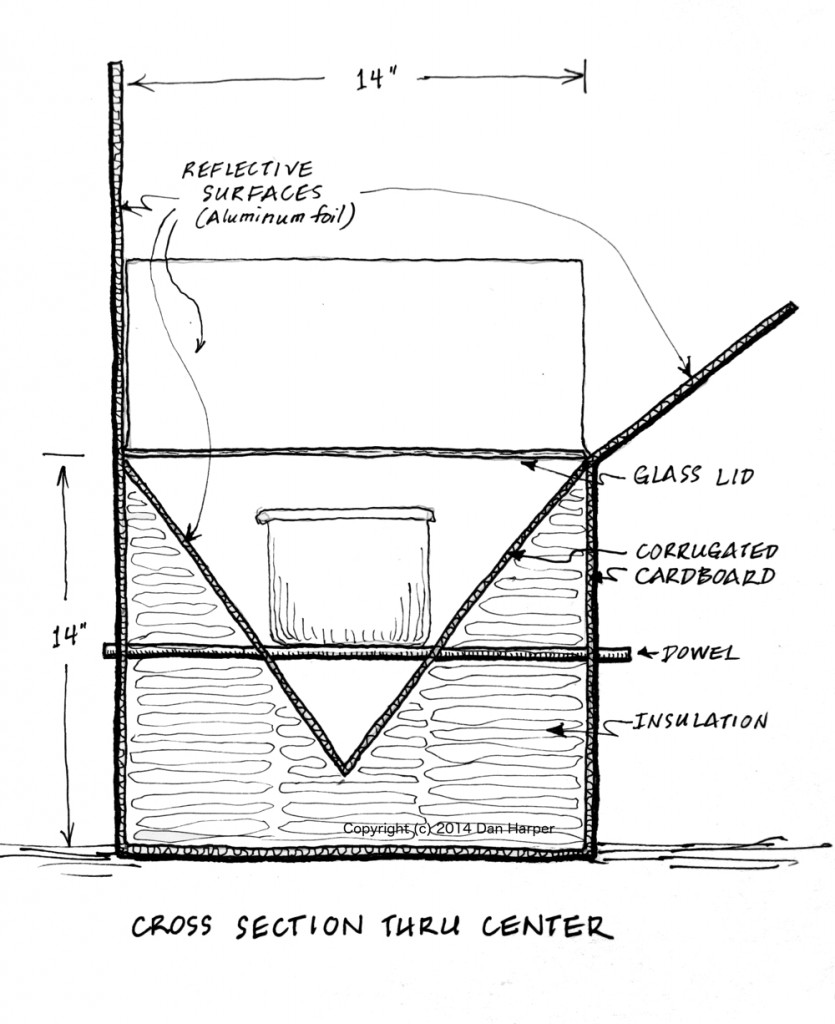 Tomorrow comes the real test: we’ll set the oven out at the beginning of Sunday school and see how quickly we can make solar s’mores.

Update, one year on: This solar oven prototype proved to be only marginally effective. After using it fairly extensively, it has one big problem: when you open the lid, much of the hot air escapes; there is very little thermal mass, aside from the heated air. At the very least, I need to provide a significant thermal mass (preferably black in color, to better absorb heat). In addition, it would make sense to place the door low on one side of the oven, to minimize the loss of heated air.