The latest Religious Studies Podcast is a very interesting interview with Tisa Wenger, author of a new book, “Religious Freedom: The Contested History of an American Ideal.” (If you’re like me and prefer reading to listening, there’s also a full transcript to read.) In the interview, Wenger explains how Native American people redefined what they did as religion in order to use U.S. guarantees of religious freedom to protect indigenous traditions:

“[In the United States] you see U.S. government officials with the Bureau of Indian Affairs (BIA) delegitimizing indigenous traditions by categorizing them as superstitious, heathenish, pagan. And indigenous people, who in their own languages and ways of structuring — they had their own ways of structuring their societies — but those ways of structuring their societies didn’t really include anything equivalent to the category of religion as Americans understood it at the time. But they [Native Americans] start to conceive of those traditions as religion in order to argue back against the categorization of themselves as heathen, savage, pagan, etc. So this is why I title my first book ‘We Have a Religion’: this was a quote from a Pueblo Indian petition to the superintendent of Indian Affairs, saying, ‘We also have a religion … And you can’t ban it, because of the First Amendment to the U.S. Constitution.'”

Wenger also touches briefly on how something similar happened in British India, as Hinduism came to be defined as a religion:

“The construction of Hinduism as a ‘world religion’ is happening in conjunction with [British] colonial history. Both by Indian intellectuals and by British, for somewhat different ends. But it serves both of their interests to construct Hinduism as a world religion.”

I’ve been thinking recently about the interaction between the concept of religious freedom on the one hand, and religion on the other hand. I’m one of those who doesn’t see religion as a thing that can be easily defined; instead, I’m one of those who sees religion as a social construction with definitions that vary over time. Wenger’s research helps me better understand how a colonial power like the United States used religion in varying ways to help dominate Native American peoples; and, conversely, how Native Americans in turn used religion to maintain their own cultural autonomy.

Clearly, Wenger’s work also looks at the interactions between race and religion. In a response to the interview with Wenger, “The Politics of Religious Freedom and the Criminalization of Blackness,” Alexander Rocklin examines the way Afro-Caribbean religions have been stigmatized, and defined as not being religions so that religious freedom does not apply to them (in much the same way that certain Native American religions have been defined as not being religions so that they can be outlawed). Rocklin writes:

“The denial of the status of religion became a dehumanizing justification for the enslavement, colonization, and repression of peoples of African descent around the globe, a denial that still haunts the category of religion.”

The link between the category of religion and colonialism is well known, but what’s new here is the detail these two scholars offer about specific religious traditions and their battle for religious freedom with colonial powers. Fascinating reading.

Back in 1892, Rev. Celia Parker Woolley, a feminist, antiracism activist, and Unitarian minister, gave a short talk on the need for women’s intellectual and spiritual freedom. In this talk she places freedom before love, and for this reason I think Woolley’s talk remains relevant: she is telling us that the problem is not whether to put family or career first, or how to “lean in” and have it all; the problem, simply put, is that women must have the same kind of freedom that men have.

[At a Saturday evening collation, the Chair called on Rev. Celia Parker Woolley to respond to the toast “Woman’s relation to religious freedom.”]

I have been wondering, Mr. Chairman, whether you stopped to consider the amount of moral dynamite in the selection of this subject, the combination of two such words as “woman” and “freedom.” It is a rather serious subject to me and I fear I shall not be able to treat it with that lightness and ease that belong to after-dinner efforts of this kind. It has prompted me to take a text, not from the Bible, but from one of our modern prophets, Olive Schreiner. It is from one of the shorter allegories in her latest volume of Dreams, and is entitled, if I remember aright, “The Angel of Life,” and runs as follows:

“The Angel of Life approached a woman sleeping, bearing a gift in each hand [Freedom in one hand, and Love in the other], and saying to the woman ‘Choose.’ The woman waited long and finally chose— Freedom. The Angel smiled and said ‘That is well. Hadst thou chosen the other I would have given thee thy choice, but I should have gone away, not to return. Now I shall return, and when thou see’st me again, I shall bear both gifts in one hand.’ (Note 1)

There is a profound truth in this little fable whether you regard the sleeping woman as typical of the entire race of men and women together, typical of both as truth-seekers, or whether you take the figure as standing for woman alone, in her search for a higher and more complete womanhood. It leads us also to think of the comparative merits of love and freedom as factors of growth. I don’t know that I would go so far as to say that a broader and truer synthesis is reached in the word Freedom than the word Love, but I certainly feel that the last word is used in often a very injurious and misleading way. I hear much preaching of love in the pulpits that offends both my taste and judgment, still, undoubtedly love is the grander, more inclusive word than any other in our human speech, when rightly used. What the allegory means to teach is, I think, that if Love is the word defining the spirit that governs all things, Freedom is the word which defines that method of growth by which we reach the truest conception of love and become its helpful ministers.

Historically, the allegory does not speak the truth. Historically, as a matter of fact in her own personal experience and that of her race, woman has never chosen freedom before love. On the contrary, all her choices have been those of love, those choices represented in the various relations in life which she has been called on to sustain, of society, the family, the church. So that when we try to talk about woman’s relation to freedom, or to religious freedom, we seem to have little to say. We should find a great deal to say if we were to speak of woman’s relation to religion. Then we could speak of her zeal, her devotion, her piety, the large numbers she has always brought to the support of the church compared with man. But when we remember how often that devotion has been purchased at the cost of real intelligence on her part, how her zeal has generally stood for bigotry and ignorance, then we see the difficulty of saying much in her favor on this special subject. But the past is one thing, the future another, and my subject is justified by the hope and the promise held out to woman and to the world through her, in this era of awakening intelligence and responsibility in which we live.

Today, we stand at that point in the development of religious thought, or rather in the development of all thought, when freedom is seen to be a necessary condition of intellectual life. Socially, religiously, domestically, woman never enjoyed that degree of liberty that is given her to-day, freedom to use her own mind and heart in solving the problems of life, that comes to her not as a woman but as a human being. To be of great worth to the world and to man she must cultivate all her powers unhindered, must make the most and best of herself. She must choose freedom first, before love, or love will be unworthily chosen. As I think of this, and remember how complex are all the relations of life, see how much of pain, misunderstanding and seeming wrong such choice on woman’s part means, I see how the strain and pain of new growth must be felt by man as well as by her, how she has in some respects the easier task, since she has but to choose for herself; while man who has so long held the reins of privilege, influence and authority must make her choice his, choosing freedom for her with freedom for himself. Men have much to learn and suffer here.

In their religious life women have had a voice and influence only on the lower plane of the church’s practical work. Woman has contributed too little to the thought the higher spirituality of the church. Men will be her natural leaders here for a long time to come. Not until she has learned to think independently as well as reverently will her relation to the coming creed founded on perfect mental liberty, be established.

— ed. T. H. Eddowes, Frances Le Baron, and George Brayton Penney, Fifty Years of Unitarian Life: Being a Record of the Proceedings on the Occasion of the Fiftieth Anniversary of the Organization of the First Unitarian Society of Geneva, Illinois, Celebrated June Tenth, Eleventh, and Twelfth, 1892 (Geneva, Ill.: Kane County Publishing, 1892), pp. 122-124. 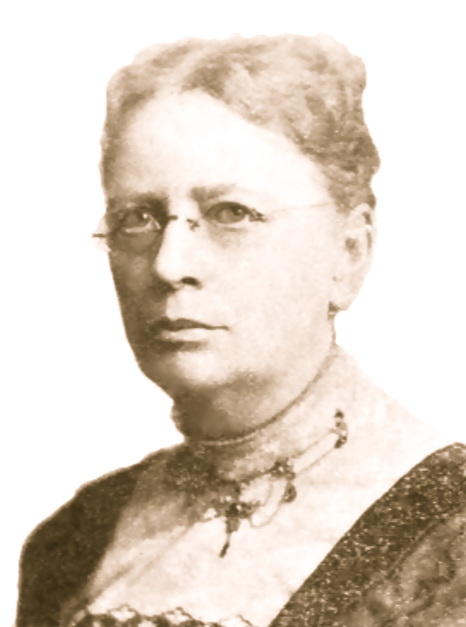 (The story as actually printed in Schreiner’s book reads as follows:)

I saw a woman sleeping. In her sleep she dreamt Life stood before her, and held in each hand a gift — in the one Love, in the other Freedom. And she said to the woman, “Choose!”

And the woman waited long: and she said, “Freedom!”

And Life said, “Thou hast well chosen. If thou hadst said, ‘Love,’ I would have given thee that thou didst ask for; and I would have gone from thee, and returned to thee no more. Now, the day will come when I shall return. In that day I shall bear both gifts in one hand.”

I heard the woman laugh in her sleep.