Update, October 10: Turns out when I wrote this, the anesthesia was still clouding my brain — my prose is even more confused and incoherent than usual. I’ll leave it up as written, so to show what anesthesia can do to you.

In college, I took a class with Lucius Outlaw, Jr., in which we read Edmund Husserl’s Cartesian Meditations. Husserl’s book opened up the possibility of observing the stream of one’s own consciousness, something I’ve been interested in, and have practiced, ever since. So when I went in for a colonoscopy yesterday, I decided to take the opportunity to try to observe what happened as I was given anesthesia, and later how I came out of anesthesia

Thinking back to a previous colonoscopy, I realized that I simply couldn’t remember some things I knew had happened after coming out of the anesthesia. I couldn’t, for example, remember getting dressed, though I knew I had done so. Before I underwent anesthesia yesterday, I wanted to see what I could retain in memory from the time I went under anesthesia until I arrived back at home.

I have a clear memory of when I lost consciousness. One of the nurses asked me to settle myself slightly differently on the gurney, which I did, and then — nothing.

END_OF_DOCUMENT_TOKEN_TO_BE_REPLACED

“A key element to mindfulness practice is disidentification: one notices one’s thoughts and emotions as they surface, and observes them from a distance. In so doing, one comes to observe one’s mind, one’s self, as a divided entity, reducible into parts. One takes an approach which Augustine would have associated with his Manichean foes: where the soul is not one thing but the battleground for a struggle between good and evil intentions.

I found this argument helpful for me personally: I meditated for years, and finally stopped because I hated it. In the past few years, I’ve come to the conclusion that I never like meditation because I felt all the meditation techniques I was taught pushed me towards a negation of the self. By contrast, when I learned meditative techniques of self-inquiry while studying transcendental phenomenology in Edmund Husserl’s Cartesian Meditations, I found those techniques deepened my self-understanding without negating the self. Husserl’s technique led me to an understanding of intersubjectivity — that is, awareness of the self as a node in an intersubjective web of many selves — and eventually this led me to a sense that awareness of intersubjectivity is a highly desirable spiritual outcome. Similarly, meditative practices of observing non-human organisms, inspired in part by Henry Thoreau’s journals, also led me an awareness of my (non-negated) self as part of a web of intersubjective selves, many of which are non-human selves. Rather than negating the self, my own spiritual exploration led me to understand my connection with other selves, an outcome I find personally more rewarding.

My personal spiritual exploration leads me to expand on Lee’s conclusion: mindfulness meditation carries distinctly Buddhist content that people other than traditional Christians might also be cautious of, and even actively dislike. It is, in short, not a neutral practice. 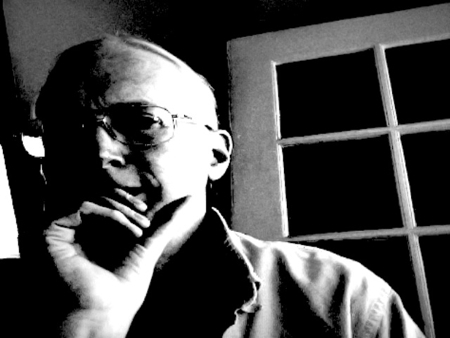 According to Plato, Socrates sometimes fell into a trance-like state, when his daimon was communing with him; and his daimon directed him, as it were, to cleave to the truth even at the cost of his life. END_OF_DOCUMENT_TOKEN_TO_BE_REPLACED