“There is a fine old story,” writes Carl Jung, “about a student who came to a rabbi and said, ‘In the olden days there were those who saw the face of God. Why don’t they any more?’ The rabbi replied, ‘Because nowadays no one can stoop so low.’…” [Memories, Dreams, Reflections, “Retrospect”]

I suspect most Unitarian Universalists today would not even be able to stoop so low as to ask the question….

“Free will exists to an extent for the individual, but disappears in the group.” — Spider Robinson, Off the Wall at Callahan’s (Tor Books, 1994), courtesy of.

(For the record, my sense is that free will is a cultural artifact of Western Christianity, not a valid way of thinking about how human beings interact with the world.)

“[Robert] Jeffress’ own First Baptist Dallas, with its long history of segregation … was built upon a Civil War fracture that has not yet healed. Under his leadership, it has failed to confront its long-standing commitment to racial injustice in any meaningful way.”

With Greg’s help, I expanded the page on icebreakers and name games on my curriculum site: there are now seven time-tested name games and nine icebreaker games. These are all suitable for Sunday school groups, youth groups, and adult groups in UU and other liberal or progressive congregations. 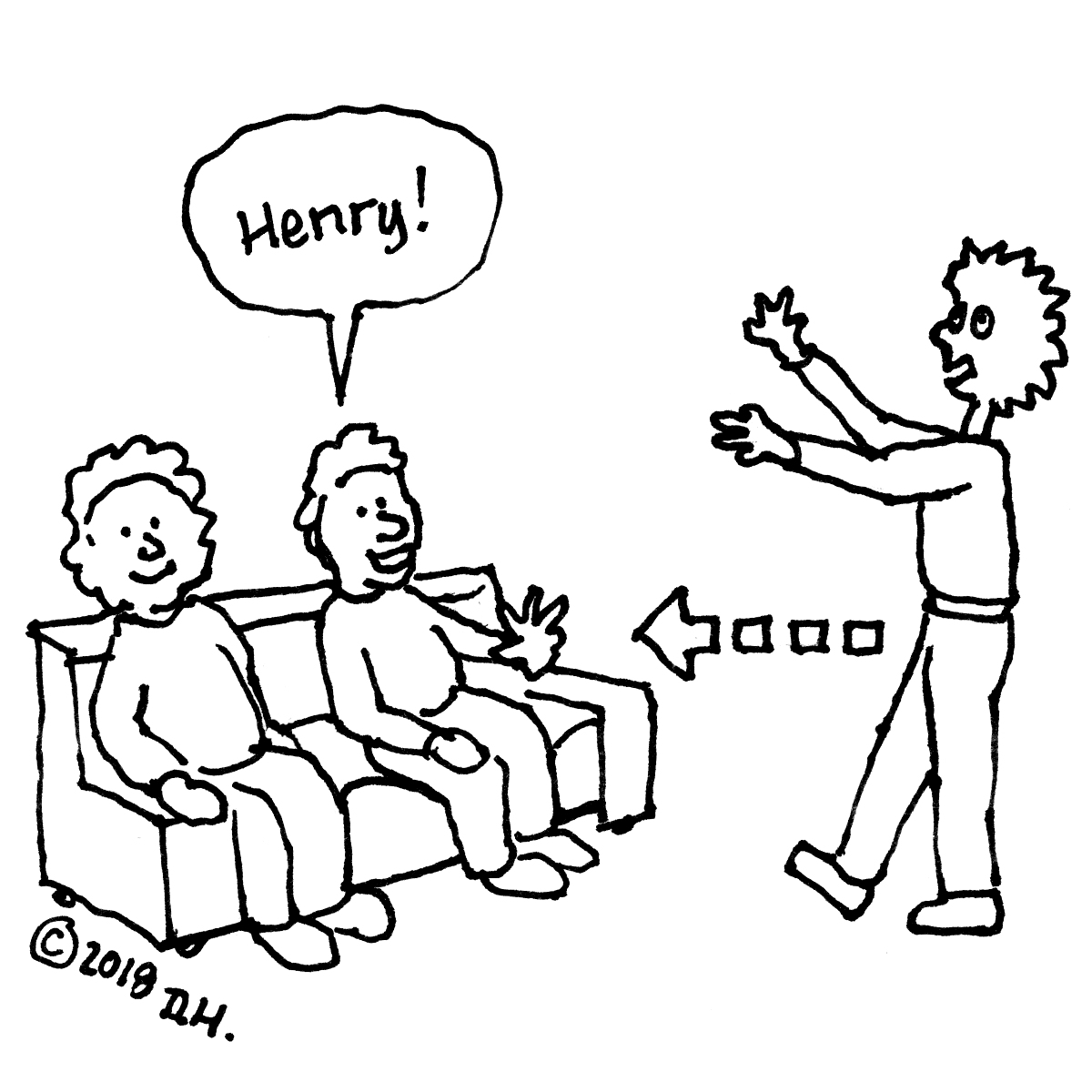 Above: illustration for the Zombie Name Game

In her poem “graduate school first semester: so here I am writing about Indians again,” Cheryl Savageau, a poet of Abenaki descent, tells about an ongoing conversation she once had with a white professor. Here’s an excerpt from the poem:

…but when I mentioned
the European world view,
she said there isn’t any such thing
which was quite a relief to me,
I hate to think there were a
whole lot of people thinking in
hierarchies and as if the
earth is a dead object and
animals and plants and some people
not having spirit…

If you’re in the San Francisco area, the quartet I sing with will be singing twice in the next few days. On Friday, we’ll be at The Heritage on Laguna St.; contact them directly for exact time and location on their campus. Then on Monday, we’ll be singing in the Ferry Terminal Building beginning at 5 p.m.; we’re never sure exactly where we’ll be able to set up in the Ferry Terminal (we don’t want to disturb the friendly merchants there), so look around for us. Our program is “Five Hundred Years of Love Songs,” with music from the early Renaissance to Meghan Trainor, in genres ranging from classical to jazz, pop to country.

You’ve probably already seen this one, because everyone is way cooler than I; I saw this for the first time in a post on Aeon:

Humans moved into what is now the British Isles not long after the Ice Age glaciers retreated. And what did those early Britons look like? Recent DNA analysis of a 10,000 year human skeleton, found in 1915 in Cheddar Gorge, Somerset, reveal that early Britons had dark brown or black skin and blue eyes.

The BBC reports: “This combination [of black skin and blue eyes] might appear striking to us today, but it was a common appearance in western Europe during this period.”

So when did Europeans become white? Probably only about 6,000 years ago, when pale-skinned, brown-eyed humans began moving into Europe from the Middle East. “No-one’s entirely sure why pale skin evolved in these farmers,” says the BBC, “but their cereal-based diet was probably deficient in Vitamin D,” so they needed to manufacture more vitamin D in their skin.

This research poses some interesting challenges to racial assumptions here in the U.S., where English ancestry means you’re about as white as white can get. But what interests me is how recently white skin evolved in humans. It’s also interesting to think of blue-eyed, black-skinned humans, a direct challenge to U.S. notions of what constitutes blackness.

I promised a couple of people who are out of town that I’d post today’s sermon, titled “The Silicon Valley Teen Suicides,” online on Sunday morning. You can find that sermon here.

“‘I don’t think you ought to read so much theology,’ said Lord Peter. ‘It has a brutalizing influence.'”

— Dorothy Sayers, in Whose Body?.