For quite a few years now, while serving in four different congregations, I’ve been doing a No Rehearsal Christmas Pageant as an intergenerational service on one of the Sundays before Christmas.

The simple costumes are what make this participatory pageant so much fun. Back in 2003, I bought a bunch of rubber animal noses at a theater supply store in Berkeley to serve as costumes for the farm animals who gather around the manger. These rubber noses have to be rubbed down with alcohol after every performance, which is easy enough for the cow, camel, and pig noses — but the chicken noses have lots of hard-to-reach interstices, and are difficult to clean adequately.

So this year I decided to come up with alternate costume for the chicken. Starting with with a cotton baseball hat and some yellow and red felt, here’s what I came up with: 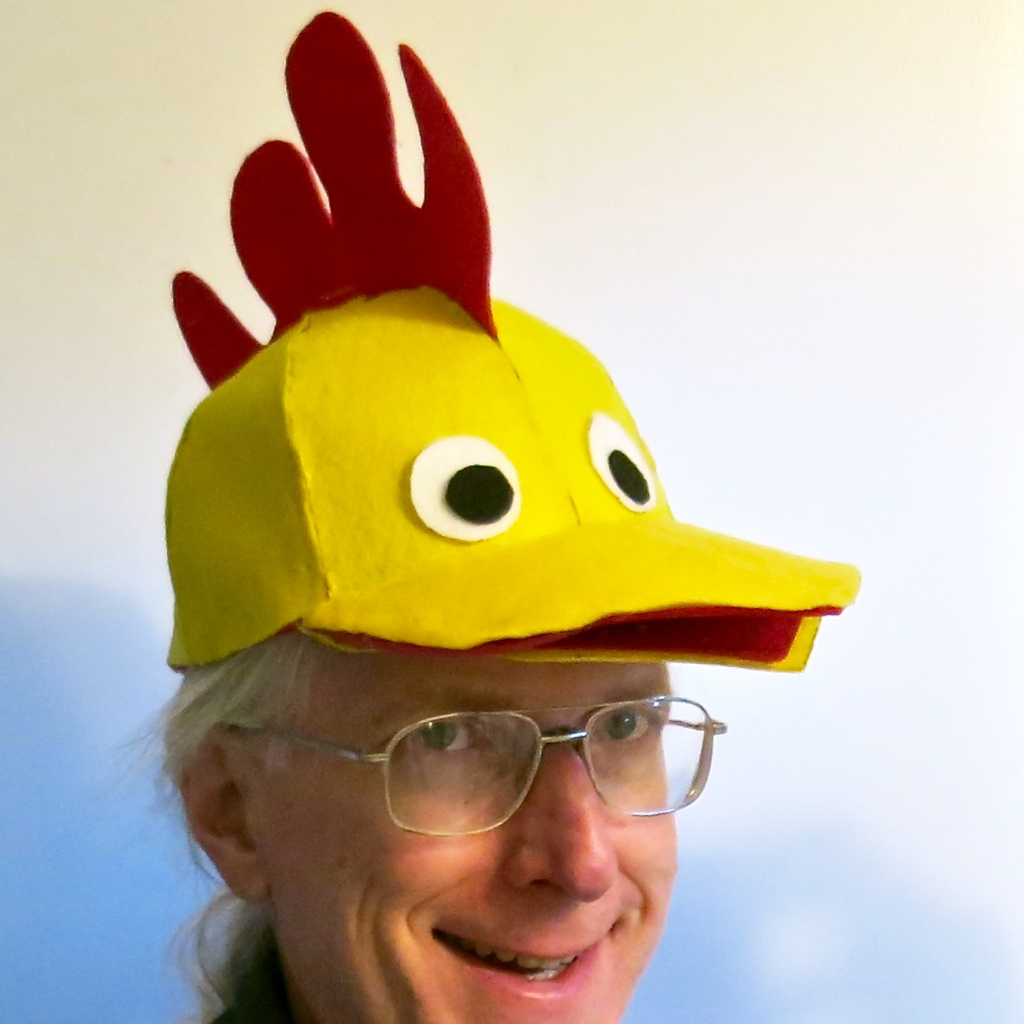 I think this chicken hat will be a fun addition to the No Rehearsal Christmas Pageant.