We left Redding, in the narrow upper end of the great Central Valley, and headed south towards home. In the late morning, we stopped just south of Willows at the Sacramento River National Wildlife Refuge to walk the two-mile marsh loop.

There is something about being near wetlands that I find soothing: perhaps the big vista of sky you get from being in an essentially flat landscape; perhaps the nearness of an astonishing number of nonhuman organisms. Carol felt like walking fast and charged on ahead. I walked as fast as she, but stopped now and then to look at or listen to something: a mixed flock of White-fronted Geese, American Coots, Northern Pintails and other ducks swimming cautiously away from me; Marsh Wrens calling in last year’s dead and grey tule reeds; swarms of Red-winged Blackbirds flying across the marsh and up into the trees and back down into the marsh.

I stopped to look west towards the Coast Range in the distance, and the nearer ridge of the Great Valley Sequence, which, according to Roadside Geology of Northern and Central California, 2nd ed., “defines the boundary between the flat valley floor and the gaunt ruggedness of the Coast Range.” For someone raised among the smooth glaciated hills and mountains of New England, the mountains and ridges of California always look strangely ragged. This is a landscape defined by ongoing tectonic movement, not by the glaciers of fifteen thousand years ago. 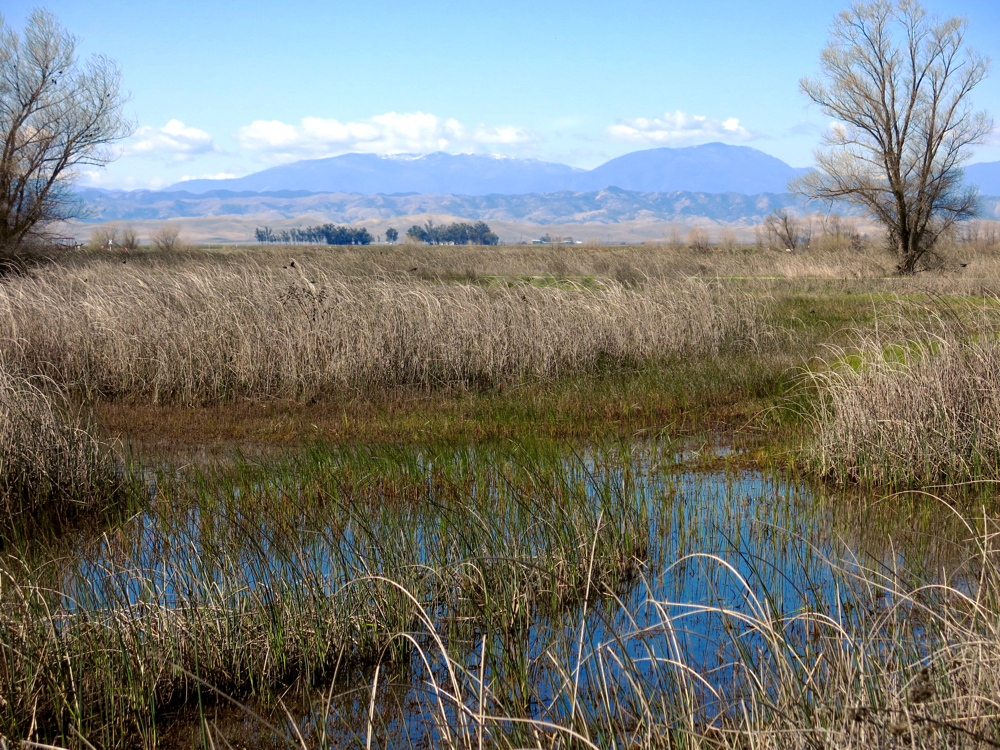 A little later on, I stopped to spend ten minutes looking at an alkali meadow. The soil was almost white in places, the vegetation low and scraggy. It was not a very attractive place. Yet there were a number of game trails criss-crossing the meadow, and earlier I had seen a jackrabbit lopping off towards this meadow. In the distance, through the moist and hazy air, I could just see Sutter Buttes, the old defunct volcano that sits in the middle of the Central Valley. 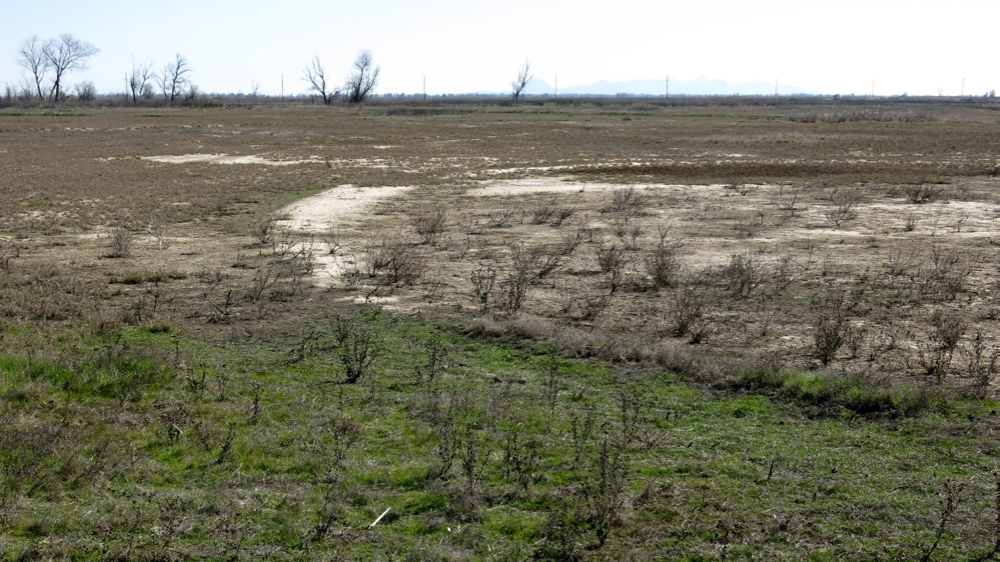 I finelly caught up with Carol near the parking lot where we had started walking. It was time for lunch. We sat and ate at a picnic table near half a dozen bird feeders. The birds were cautious of us at first, but when they saw we probably wern’t a threat, they swarmed out of the tule reeds and nearby trees: White-crowned Sparrows, Yellow-crowned Sparrows, House Sparrows, Song Sparrows, Lesser Goldfinches, House Finches.

The rest of the ride home was unremarkable and dull. I read aloud from a bad murder mystery while Carol drove. The traffic got bad as we approached San Mateo. At last we arrived at home.