Last night, our congregation hosted a Multifaith Service of Concern and Commitment, an event sponsored by Multifaith Voices for Peace and Justice. Held on the eve of the presidential inauguration, the event aimed to demonstrate that many people of faith do not agree with the stated agendas of the incoming presidential administration, especially religious intolerance and anger directed at immigrants. We had an overflow crowd, with people seated in the lobby and a few standing along the walls. 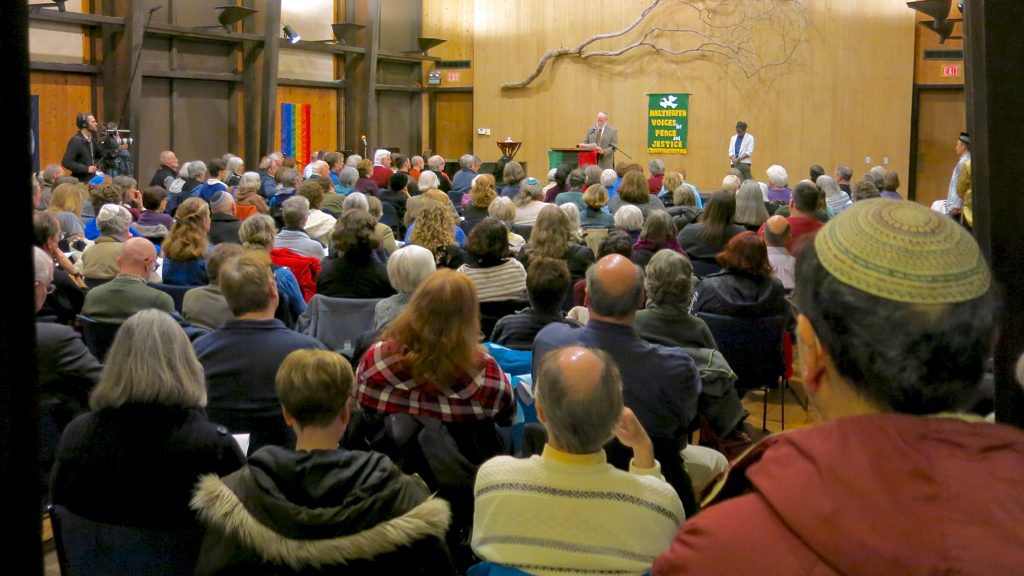 The service opened with the sounding of the Jewish shofar by Ted Kahn, a Christian call to prayer by Eileen Altman, an Islamic call to prayer by Ahmed Saleh, and a Quaker invitation to silence by Eric Sabelman. Longer reflections came from a Native American tradition (Chastity Lolita Salvador), Judaism (Sheldon Lewis), Christianity (Annanda Barclay), Islam (Samina Sundas) Buddhism (Ayya Santussika), and an immigrant reflection by Guadalupe Garcia. Here’s Samina Sundas giving her reflection on what it means to be a Muslim in the U.S. today: 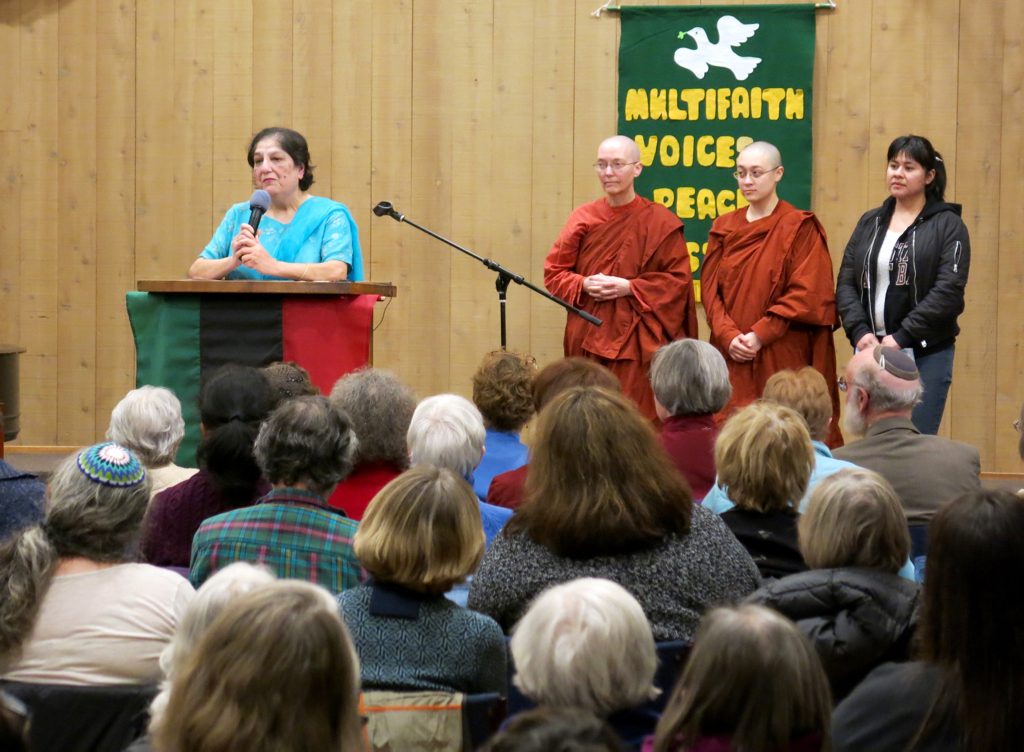 We had music by an Islamic ensemble, two Jewish singers, a Catholic pianist, and a Unitarian Universalist choir. To close the evening, Amy Eilberg and Diana Gibson, two of the organizers of the event from Multifaith Voices for Peace and Justice, asked everyone present to talk in small groups and commit to one or more actions to keep us moving in a positive direction over the next few years — that is, moving away from hatred and division and towards acceptance and love. Here are some of the commitments that people wrote on sticky-notes and posted for all to read: 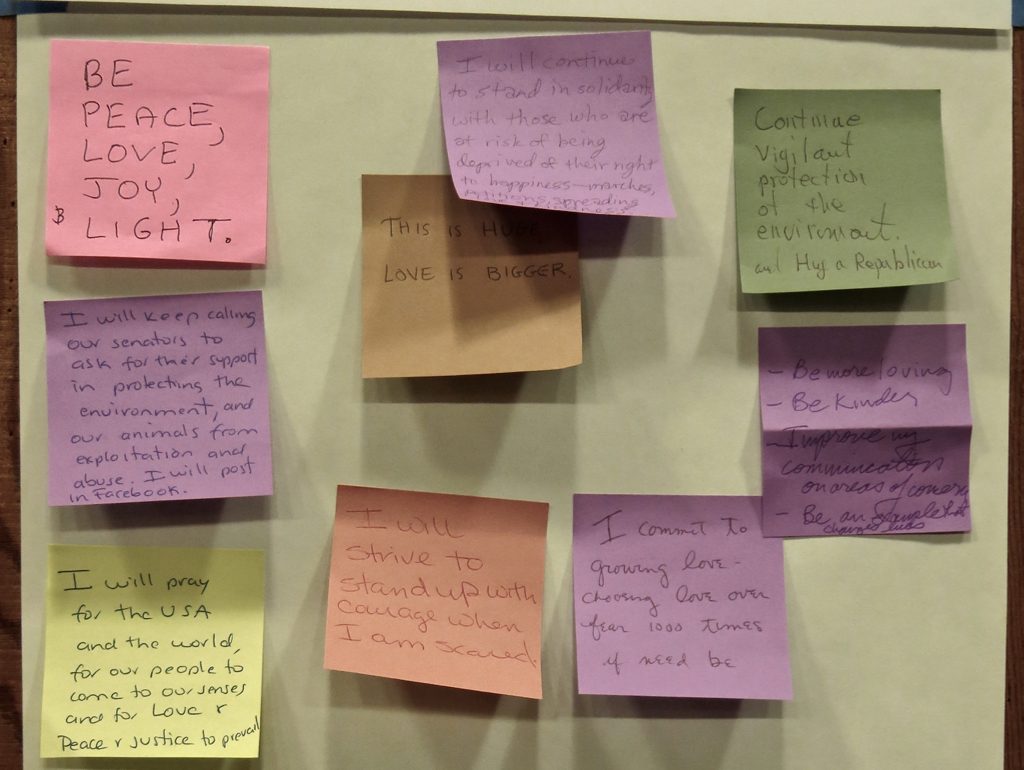 This was a good way to mark the end of Barack Obama’s presidency, a presidency which had its faults but which was marked by an attempt to move the U.S. towards greater unity and acceptance of each other. This is a good time to commit ourselves once again to the moral ideal of loving one’s neighbor as oneself — it’s going to take a bit more effort under the new presidential administration, which so far has been distinguished morally by selfishness, defensiveness, and self-righteousness. Time to gird up your loins, campers, and get to work — ’cause we haven’t reached the promised land yet.

For reference, here’s a PDF of the program for the Multifaith Service.