On a whim, we decided to stop at the Thunder Mountain Monument near Imlay, Nevada. Frank Van Zant, who determined that he was partly descended from Creek Indians, decided to build a monument to the American Indian. The monument consists of buildings, fences, figures sculpted in concrete, junk sculptures. The monument tells a non-linear story about the destruction of Native American peoples by peoples from Europe. Van Zant changed his name to Chief Rolling Thunder.

But there’s a back story. Before he started work on the monument, Rolling Thunder’s wife died, and one of his children committed suicide, according to a 2010 article on Smithsonian.com; and the first figure that Rolling Thunder made was a sculpture of the son who had died. In this monument, personal grief is mingled with grief arising from genocide and racism. 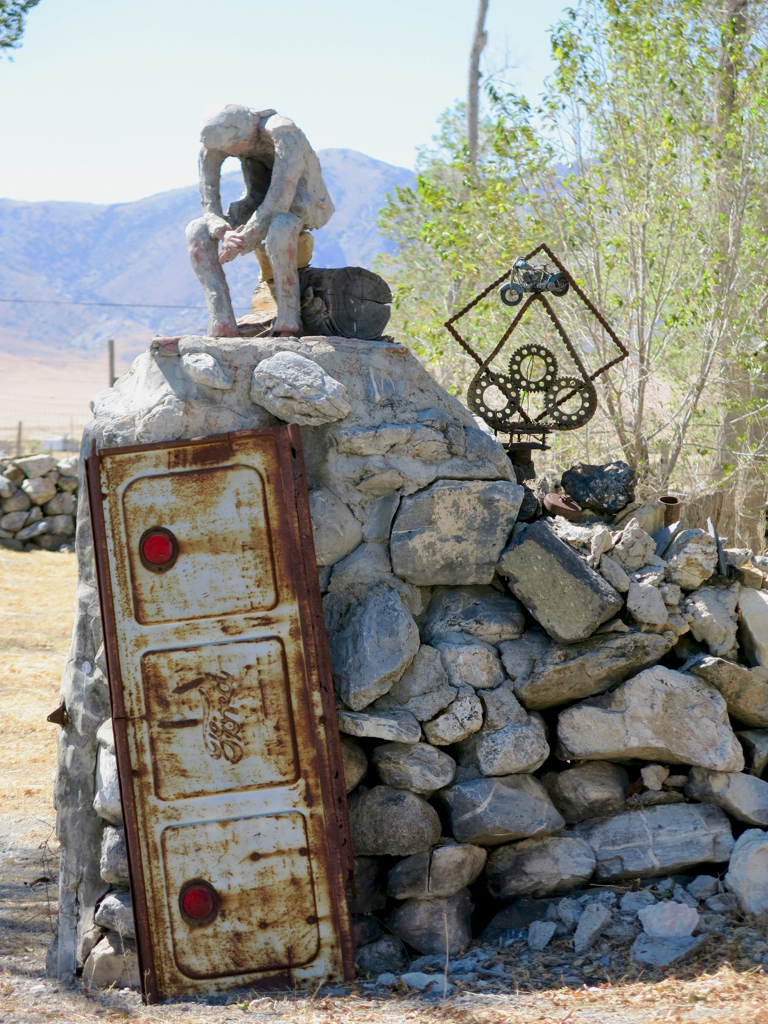 Rolling Thunder’s grief proved overwhelming, and luck was not with him. His followers began to drift away. An arsonist set a fire that destroyed many of the buildings that were once part of the monument. His new wife left him, taking their children. He committed suicide in 1989.

The monument is slowly decaying: vandals and the weather are both taking their toll. It has been declared a state historical site, and looks like there is now someone living on the site to watch over the monument. It would be possible to descend further into grief, and declare it a tragedy that the masterpiece of an outsider artist is not being maintained. I prefer to view it from another vantage point: this is a work of art that exists in four dimensions, where the fourth dimension is time. Some things are fading away, but some of the sculptures seem to me to be improving with time: they are becoming more pointed in their message, more urgent, more real. 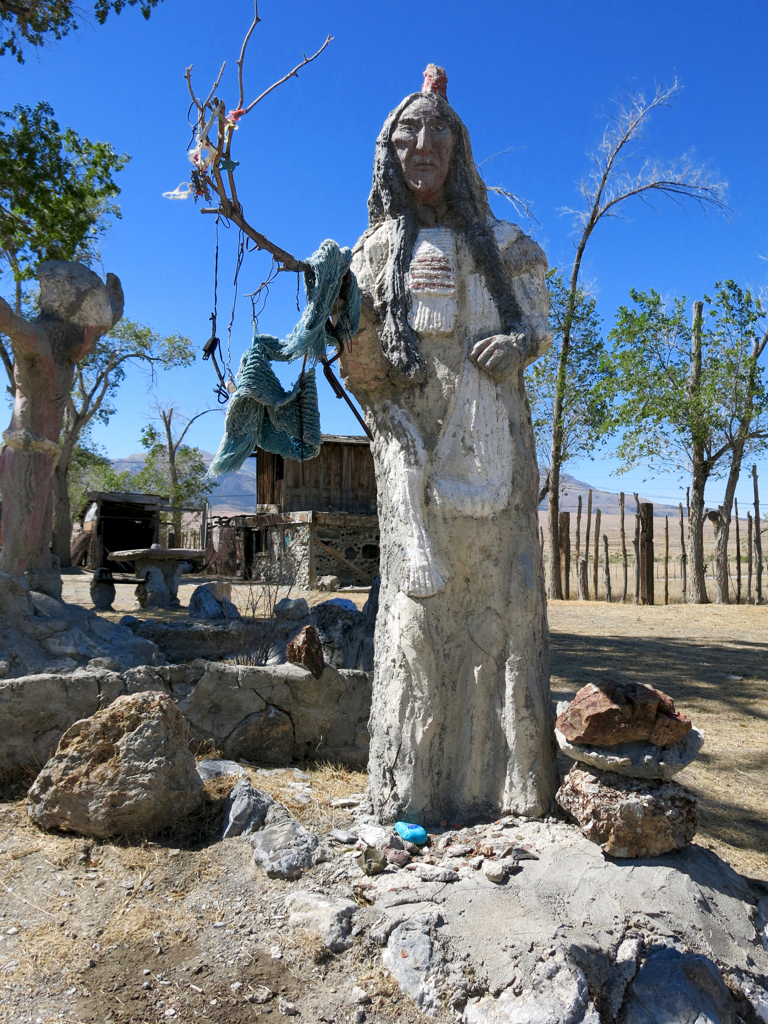 Grief happens over time. If you try to freeze it so that it cannot change and evolve, that can get you into trouble. You need to move forward with it, towards the light.

We stopped at the Donner Pass trailhead for the Pacific Crest Tail, parked the car in some shade, and started out on a hike through the Sierra Nevadas. It was a perfect day for hiking: cool mountain air, a pleasant breeze, a clear blue sky overhead. We hiked for an hour and a half, talking idly about this and that, then turned around and hiked back. I stopped to look at a Williamson’s Sapsucker; Carol stopped to photograph glacial erratics. 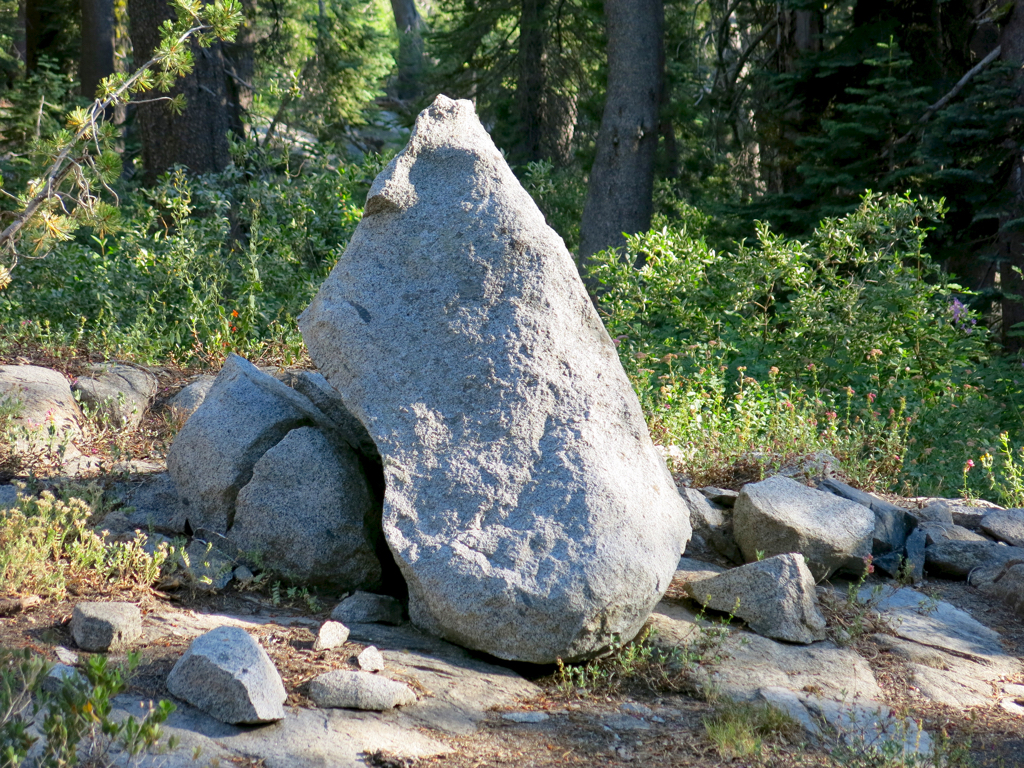 After three hours of hiking, we got back to the car refreshed and happy. We sat under the trees at the edge of the parking lot and ate our picnic dinner. And we arrived back at home at about 10:30, tired, content, and different from when we set out.