Another in a series of stories for liberal religious kids. Source and notes at the end.

This is a story about Rabbi Israel Salanter, who lived in Lithuania in the 1800s:

It was Yom Kippur, the holiest day of the year for Jews. All the people had gathered in the synagogue to wait for Rabbi Israel to lead them in reciting the Kol Nidre, the prayer that begins Yom Kippur. But Rabbi Israel didn’t come. After waiting a long time, the people in the synagogue recited the Kol Nidre without the rabbi, hoping he would appear. Still he didn’t come. The people continued to wait for Rabbi israel, though by now he was so late they began to worry that he would not arrive until after the service was over.

Finally the rabbi came into the synagogue. The people looked at him in amazement: they saw down stuck in his hair and his beard, and his clothing was wrinkled and messy. But Rabbi Israel walked in as if nothing were wrong, as if he were not horribly late. He put on a prayer shawl, and began to recite his prayers. When he had finished praying, he at last explained to the congregation why he was so late:

He had been walking to the synagogue [he said], with plenty of time to spare, when he heard crying inside a house he was walking past. He went into the house, and there was a baby lying in its cradle, with a six year old girl fast asleep nearby. A bottle of milk stood above the cradle, just beyond where the baby could reach it. The rabbi could see what had happened: the mother had gone off to the Yom Kippur service, telling her six year old daughter (who was too young to go to the service) to give the baby its bottle if it started crying. But the girl had fallen asleep, and she did not hear the baby crying. So Rabbi Israel fed the baby. When the baby finished the milk, the rabbi tucked it in the cradle and watched it fall asleep.

It was just then [said the rabbi] that the little girl awakened. She was afraid to be home alone, and begged him to stay with her. The rabbi looked around, and saw that the candles the mother had left were burning low; here was a good reason not to leave the child alone. So he stayed until the children’s mother got back from the synagogue. He concluded his story by saying he was very glad that he had a chance to do such a good deed on the most holy day of the year.

The people in his congregation stared at him. One of them asked: You mean you didn’t say the Kol Nidre, you were absent for the Yom Kippur services, you missed the most important moment of the whole year, all this just because a baby was crying? You, the greatest intellect, the smartest person of our time, you missed being here because of a baby? Rabbi, what were you thinking?

This silenced the people. They realized that it didn’t matter that Rabbi Israel had humbled himself by taking care of a mere baby. As he said, there could nothing more important.

Source: This story is from Lucy S. Dawidowicz, ed., The Golden Tradition (Syracuse University Press, 1996), pp. 173-174; the story is quoted and interpreted in Leora Batnitzky, How Judaism Became a Religion: An Introduction to Modern Jewish Thought (Princeton University Press, 2001), pp. 124-125; I am indebted to Batnitzky’s interpretation of the story. 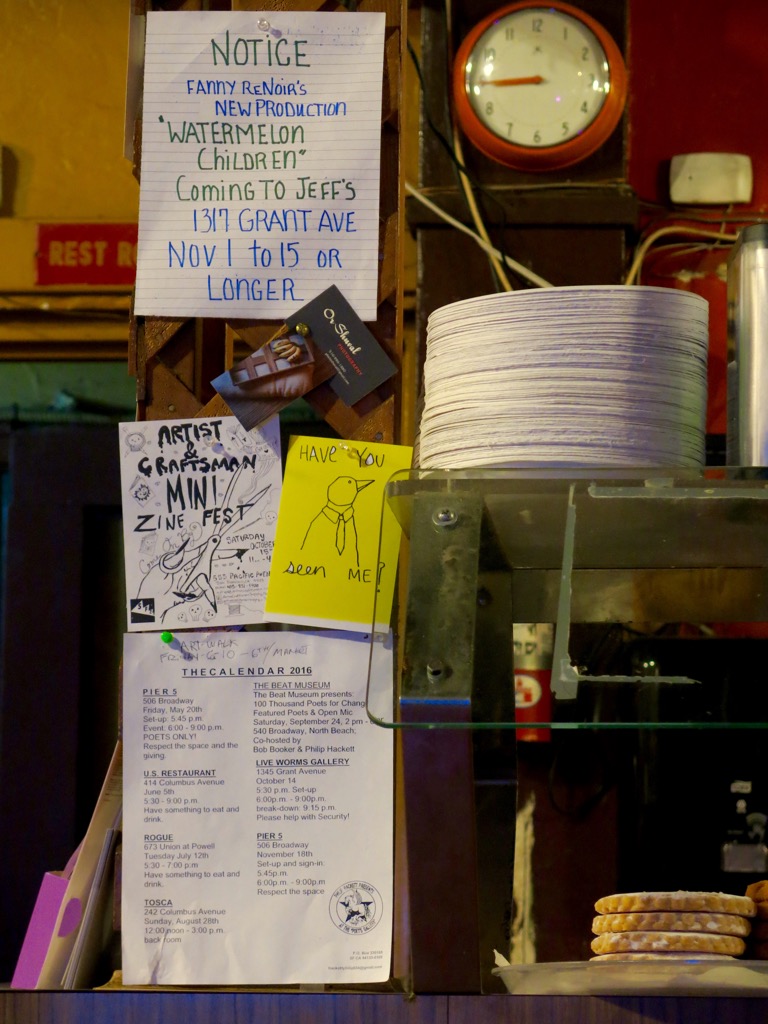 “Stated simply, magic is … the religion of the other.”

Chireau offers this quotation as a caution to academics against “value-laden assumptions” when studying a religious or cultural tradition. In particular, Chireau is warning against assuming that a dominant religious tradition (e.g., Protestant Christianity in the United States as practiced by white Anglophones) is normative. If you tacitly accept the norms of the dominant tradition, you will be tempted to make judgements about a different religious tradition with different norms; you may even be tempted to call the other group’s religion “magic” in a pejorative sense.

Obviously, the same principle applies in any situation where one is making judgements across cultural (or even subcultural) boundaries. One example of this is when people who accept scientism (which must be distinguished from science) as normative make judgements about other religions, calling them “magic” or worse. Of course, from another perspective, scientism is grounded on unquestioned assumptions, as should be obvious from anyone who has been exposed to Godel’s work on unprovability; and those who expect scientism to answer all questions and provide all meaning will be seen by some of the rest of us as mere practitioners of magic.

It’s National Suicide Prevention Awareness month, and the Washington Post Web site has a relevant piece which I quite liked: a blog post by Dana Mich titled “My father died by suicide this year. His death inspired me to learn how to ‘just be.'”

Mich was inspired to write her post because of a November, 2015, Post article that talked about how prevalent anxiety is: “With so much to worry about [in today’s world] it’s no wonder the majority of us are battling anxiety. According to The National Institute of Mental Health anxiety affects 40 million adults in the United States age 18 and older, or 18% of the population.” Link to the Nov., 2015, article.

Mich points out that “anxiety needs the future,” while on the other hand “depression needs the past”: that is, anxiety is about “fear and lack of control over all that [lies] ahead,” whereas depression is “regret over the things [you] couldn’t go back and change.” Therefore, Mich proposes learning how to “just be.”

In the last paragraph, Mich says she practices meditation and yoga, and something that sounds like mindfulness, in order to “just be.” Now I meditated for years until I realized I just found it annoying; which how I react to Mich’s suggestion to “quiet [the] mind and focus on the present moment.” Mind you, if meditation and mindfulness work for you, go for it, but there are plenty of other possibilities. I know prayer works really well for some people (although not for me). Henry Thoreau wrote a long essay about walking as a spiritual practice. Being outdoors and interacting with non-human organisms works for me — gardening, birdwatching, botany, etc. Carol and I read to each other at night.

Whatever works for you. Though I will say that we should all probably minimize our screen time. So now that you’ve finished reading this blog post, step away from teh screen, and go and just be for a while.

Years ago, I bought a used copy of “A Hundred and Seventy Chinese Poems” translated by Arthur Waley, and published in 1919. A book plate pasted on the fly-leaf reads “The Vedanta Center Library.” I had never looked at the introduction to this book until today, and there, tucked in next to a page describing Sung dynasty poetics, was an old and yellowed newspaper clipping with this poem:

On Being Sixty
Po Chu-i

Between thirty and forty, one is distracted by the Five Lusts;
Between seventy and eighty, one is prey to a hundred diseases.
But from fifty to sixty one is free from all ill;
Calm and still — the heart enjoys rest.
I have put behind me Love and Green; I have done with Profit and Fame;
I am still short of illness and decay and far from decrepit age.
Strength of limb I still possess to seek the rivers and hills;
Still my heart has spirit enough to listen to flutes and strings.
At leisure I open new wine and taste several cups;
Drunken I recall old poems and sing a whole volume.
Meng-te has asked for a poem and herewith I exhort him
Not to complain of three-score, “the time of obedient ears.”

This poem appears on page 233 of the book, and there Waley adds a footnote to the last line: “Confucius said that it was not till sixty that ‘his ears obeyed him.’ This age was therefore called “the time of obedient ears.” As for the Five Lusts, this is a reference to the Buddhist worldview, so “lust” in this context apparently refers to things like an attraction to colors, appearances, etc.

I’m not sure I like this poem. I’m fifty-five, and I know from experience that being fifty-five is different from being, say, thirty. But, in direct contradiction to Po Chu-i, my heart is far from calm and still. This may be because I’ve never had any resonance with the Buddhist worldview in which nirvana, or nothingness, is the ultimate aim. Nor have I found much calmness or stillness in my middle fifties: the world is still screwed up, there is still a great deal of work to be done, and I really see nothing to be calm or still about.

I guess I prefer what Confucius says about the different ages. Here is James Legge’s translation of the Analects, bk. II, ch. 4:

“The Master said, ‘At fifteen, I had my mind bent on learning.
‘At thirty, I stood firm.
‘At forty, I had no doubts.
‘At fifty, I knew the decrees of Heaven.
‘At sixty, my ear was an obedient organ for the reception of truth.
‘At seventy, I could follow what my heart desired, without transgressing what was right.'”

The concept of “heaven” for Confucius was not the same as the usual Western Christian conception of Heaven; it’s not some place in the sky that you’ll go when you die, rather it is more like the natural order of things. The Confucian concept of “knowing the decrees of Heaven” reminds me of the ancient Greek concept of phronesis. Aristotle identified phronesis as one of the four types of human wisdom. Aristotle said we attain phronesis, or practical wisdom, at about age fifty, and it is those who have phronesis who are fit to be rulers.

Po Chu-i likes being sixty because his heart is calm and still, his ears are obedient, and he can still get drunk and recite poetry. And when he’s seventy, he’ll be prey to a hundred diseases. Confucius likes being sixty because he knew the decrees of heaven, and his ears were open to the truth. When Confucius got to seventy, he had aligned himself with what was right to so great an extent that what he desired was what was right. I guess I’d rather follow in the footsteps of Confucius.

Rev. Felix Danforth Lion was the first settled minister of the Palo Alto Unitarian Church in 1947. His daughter-in-law just stopped by to donate his doctoral robes to us, and while she was here she happened to mention that Dan Lion (as he was known then) officiated at the California wedding of folk musicians Richard Farina and Mimi Baez.

This wedding, in the summer of 1963, would have been the second ceremony for Mimi and Richard. They had married secretly in Paris in April, 1963. Mimi was only 18, and reportedly her parents didn’t like the fact that she had married an older man, a man who had been married when she met him at age 16. But it is not clear to me why Dan Lion performed this second marriage ceremony. The Baez family had raised their daughters as Quakers, so why get a Unitarian minister?

(Coincidentally, on Sunday at the Unitarian Universalist Church of Palo Alto, we’ll be singing a Mimi Farina’s tune for “Bread and Roses” at the 9:30 service.)