Sometimes, when you’re driving along one of the highways of the Washington-to-Boston megalopolis, you look around and it feels like there’s nothing there but paved highways. 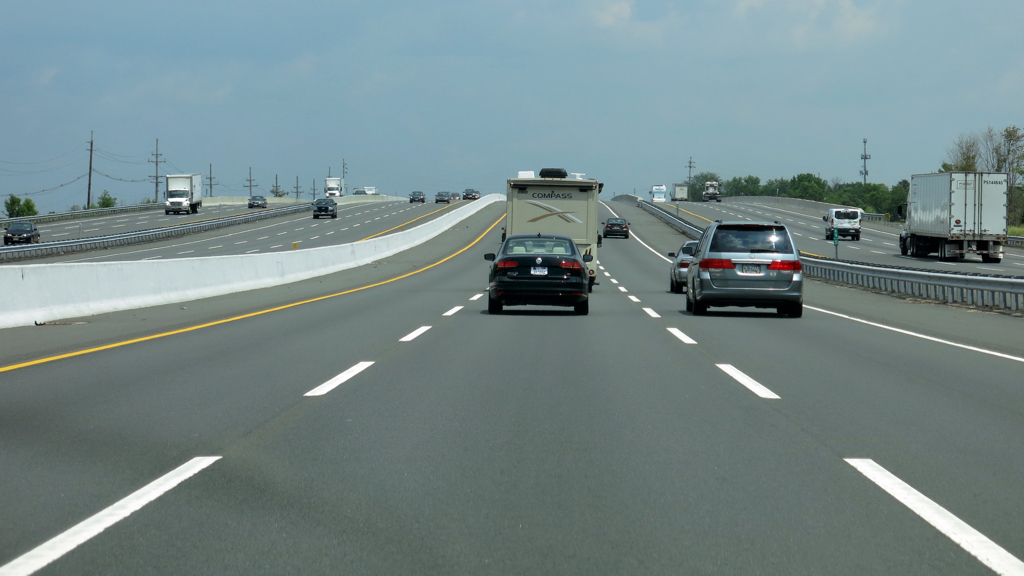 As we drove along, I thought about the welded steel sculptures made by David Smith that I had seen at the National Gallery. Eight foot high circles on bases that look like feet, with appendages welded on that look like arms, these painted sculptures feel like they’re almost animate, as if they’re going to move at any moment, like some kind of large fanciful animals. 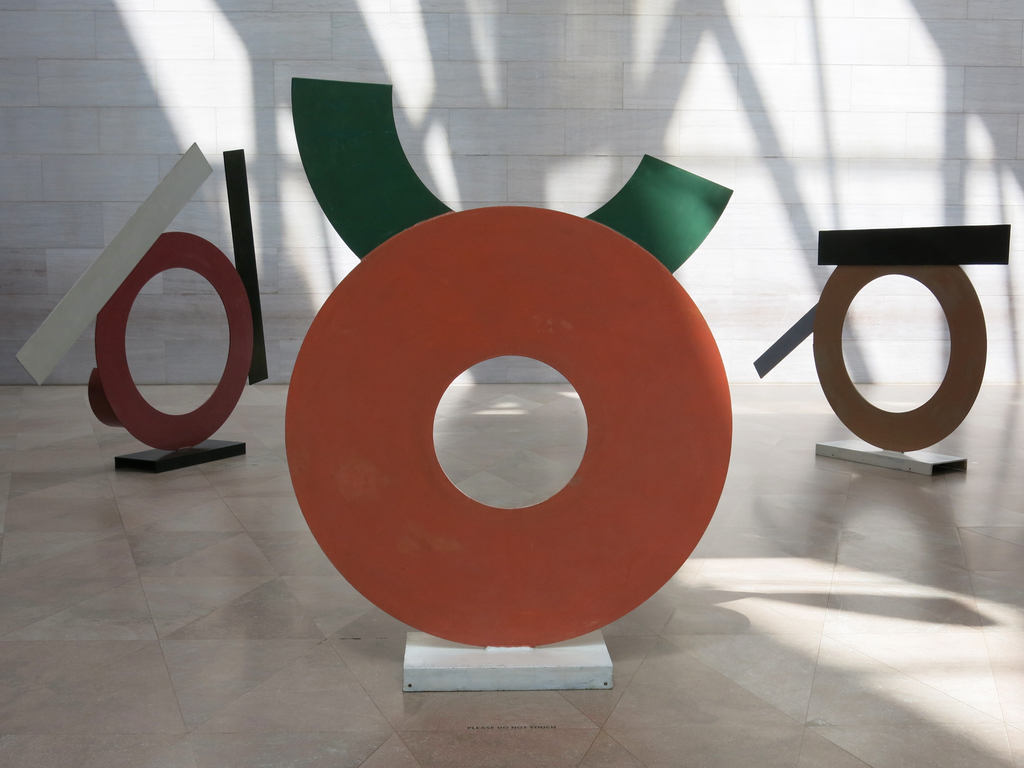 Actually, maybe they’re more like representations of mid-twentieth century North American deities. Maybe highway signs, also made of brightly painted metal, are close cousins to these sculptures, pragmatic deities that are also akin to ancient Greek cairns in which the god Hermes hid to guide passers-by. Maybe this was what Frank Stella was getting at in his book Working Space. This became a confused train of thought, and I know I dozed off because when Carol said, “Should we stop here for lunch?” I snapped awake.

After lunch, Carol wanted me to read aloud. I finished a book that she had been reading aloud the last time we were driving, The Egyptian News by Scott Steedman, a children’s book with ancient Egyptian “news stories” like an investigative report into Tutankahmen’s death (“Boy King Murdered?”) and an interview with an embalmer. At a rest stop, we bought a copy of the New York Times, and I read aloud the front page news, and several other articles including the very entertaining story about Donald Trump explaining to a crowd how the graphic accompanying his social media post against Hillary Clinton was not anti-Semitic, and how he was mad at his staff for removing it from the Web. I read some chapters from the novel we’ve been reading aloud off and on during this whole trip. My voice finally gave out about thirty minutes before we arrived in West Concord, Massachusetts.