My sisters and I, and Carol too, have gotten tired of cleaning out Dad’s condo. We’re almost done, but this morning there were still a few things that needed to be done. My younger sister has the flu, and Carol had to drive down to visit her storeroom on Cape Cod. My older sister and I worked for a while, and then we decided to rent a canoe and spend an hour or so on the river.

It was a picture-perfect day, with blue skies and puffy white clouds, and everything looking fresh and green after yesterday’s rain. Both of us had our cameras along, and we stopped every now and then to take photographs. “This is just what Dad would have done,” we said to each other; Dad loved cameras, and he photographed everything. 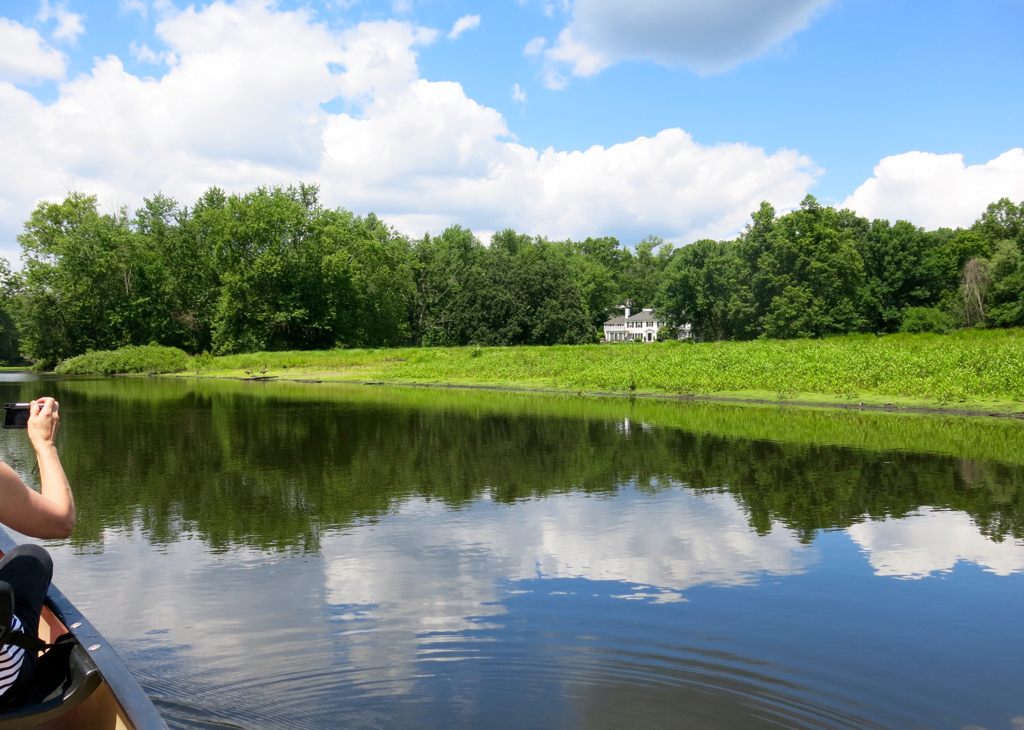 I brought along Dad’s favorite fishing rod, and the one of his tackle boxes that I kept. My older sister taunted me, saying I was a fish torturer, until I reminded her that the last time she and I went canoeing on the river, which was probably ten years ago, she caught more fish than I did. And I found out why this was Dad’s favorite rod; it was easy to cast with, a pleasure to use. 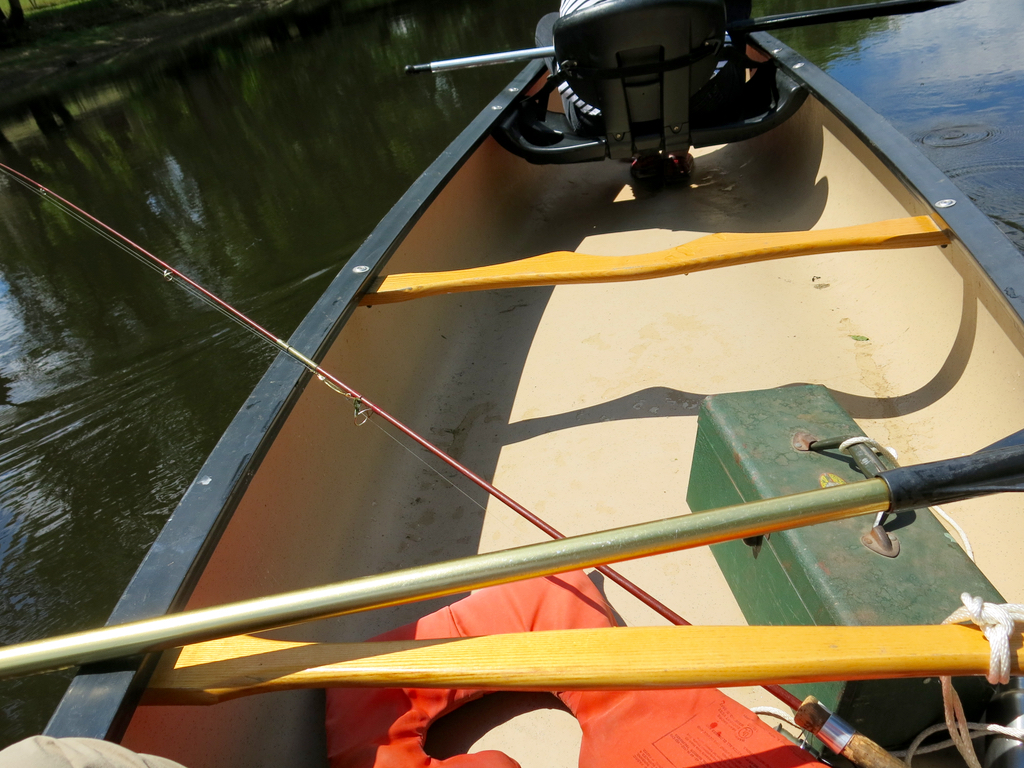 But it was the middle of the day, the worst time of the day to go fishing. Once, when we were gliding under a bridge, a little sunfish tugged at the line, but I helped it throw the hook and it quickly swam away. My sister and I agreed that this was something Dad would have approved of; sometimes he went fishing to catch fish, and sometimes he went fishing just to go fishing.

After an hour, we ended the Dad Memorial Fishing and Photography Expedition, wishing our younger sister could have been with us. We went back to work on the condo, and before we knew it we had done everything that we could do.

The condo will go on the market this week.