The song has also been taken up by white country and bluegrass singers. Flatt and Scruggs played it now and then, and Doc Watson did a lovely recording. In 2000, Alison Kraus popularized the song under the title “Down in the River To Pray,” which was part of the soundtrack to the movie “O Brother, Where Art Thou.”

For this version, I went back to the words and melody recorded in 1867. The melody begins and ends on the dominant, not the tonic, and both white and black musicians have sometimes emphasized that musically ambiguous ending; the final chord for this arrangement is D5 (dominant), not G (tonic). 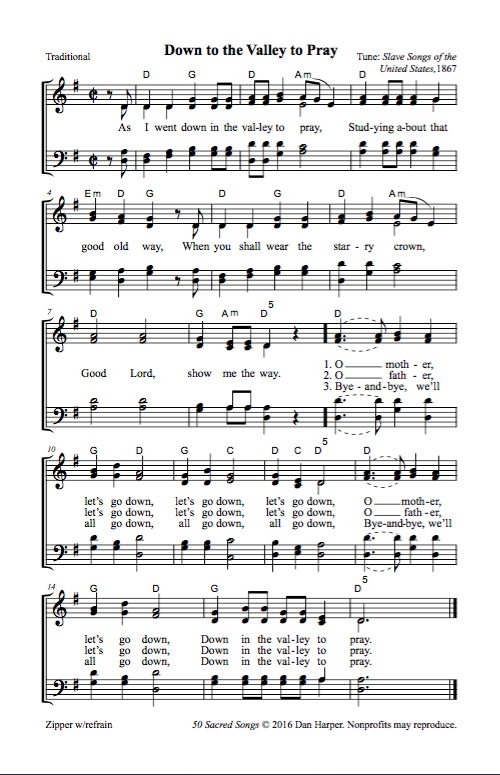 Performance notes: Because this song is so widely sung, you can safely sing it any way you want: blues, country, gospel, bluegrass, R & B, rock ‘n’ roll. Punk rock version, anyone? Or how about a hip hop version, with samples of Leadbelly’s classic rendition?