While my laundry was in the machines at the laundromat, I took a walk along the bay. High tide pushed the shorebirds in close to the bike path, so it was easy to sort out dowitchers, Willets, Marbled Godwits, and Black-bellied Plovers. There were also half a dozen Black Skimmers spaced out along the water, each one making a striking contrast to the mixed flock of shorebirds. 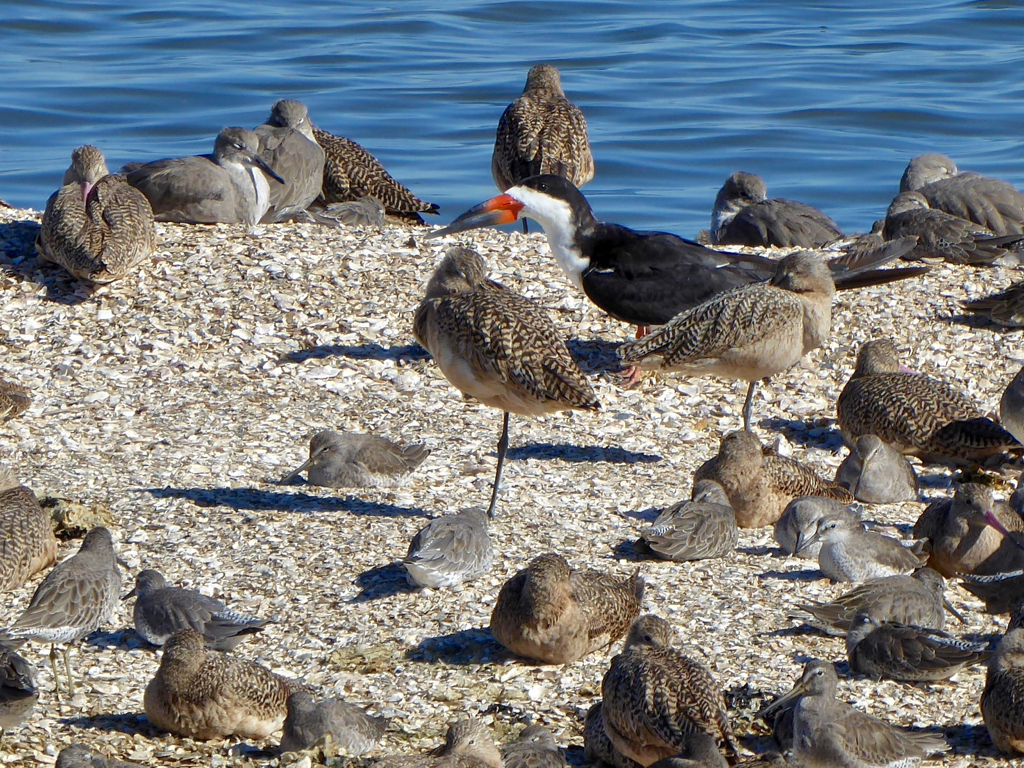 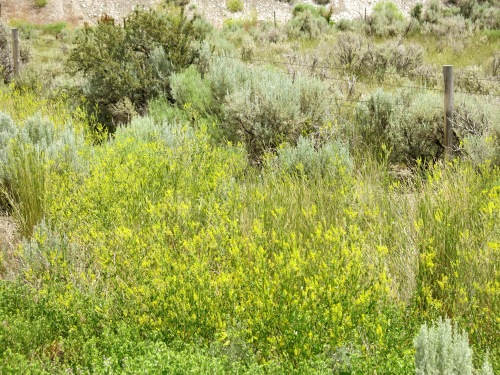 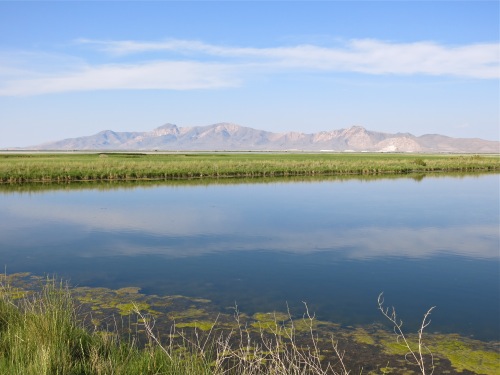 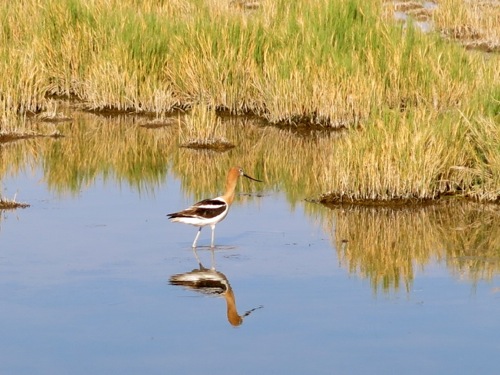