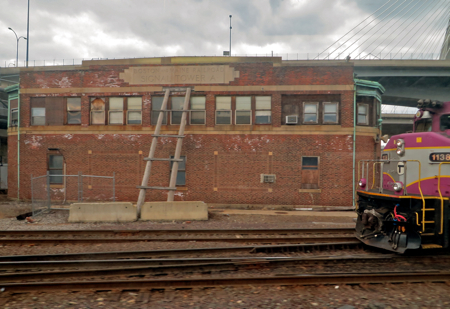 By now, you’ve probably seen the news online: at least two people were killed by bombs placed near the finish line of the Boston Marathon. Latest reports have another explosion at the JFK library as well. Live coverage at the BBC Web site show people being wheeled away from the site in wheelchairs, some of them with blood or obvious injuries.

Still don’t know who’s behind this — could be a U.S. group, just like the Oklahoma City bombings. I’m sure groundless accusations will abound out there on social media. Which is a good reason to stop looking at social media for a while.

One minor trivia point: today is the day that Patriots Day is celebrated, commemorating the Battle of Concord and Lexington, and the beginning of the American Revolution (the BBC described Patriots Day as commemorating the evacuation of Boston by British troops, but they’re thinking of Evacuation Day, celebrated on March 17). Patriots Day is such an obscure holiday, it’s hard to imagine this bombing is related to it. Rather, the bombing doubtless targeted the second-biggest sports event in the U.S., measured by media coverage, after the Superbowl.

Carol’s flight into Boston was on time, but mine was delayed, and it was late when i got to the hotel. I went straight to the hotel bar to get a burger.

The Red Sox game was showing on the TV in the hotel bar. Bottom of the eighth, the Sox leading the Orioles 9 to 3, and big David Ortiz is at bat. Gregg, the Baltimore pitcher throws a pitch so far inside that Ortiz has to take a step back. “Didja see that look Ortiz gave him?” says the guy next to me in his Boston accent. Two more pitches exactly like that, and Ortiz yells something at Gregg. The guy sitting next to me says, “Jeez, Ortiz is not happy with that.” One more pitch, Ortiz pops up to center field, Gregg makes some kind of gesture at him, next thing you know both dugouts and both bullpens are out in the field mixing it up — desultory commentary provided by two guys with Boston accents sitting at a Boston bar.

OK, I live in the Bay Area now, and of course I like northern California weather better, and yes everyone is friendlier there, and people don’t drive like crazed maniacs the way they do in Boston. But for someone who grew up in eastern New England, there’s nothing like sitting in a bar watching the Sox with other people who speak God’s own English. It’s like being back in the homeland or something.