It was the first day of Sunday school, and our middle school ecojustice class took a tour of the various projects the class works on — small-plot gardens, rain barrels, composters, and so on. It is well past the end of nesting season for birds, so one of the things we were able to do is check on the nesting boxes the class built a couple of years ago.

Both the nesting boxes in the front yard of the church campus had been occupied. One of the nesting boxes did not have a great deal of nesting material in it, and if there was an active nest, the eggs wound up sitting on wooden floor of the box: 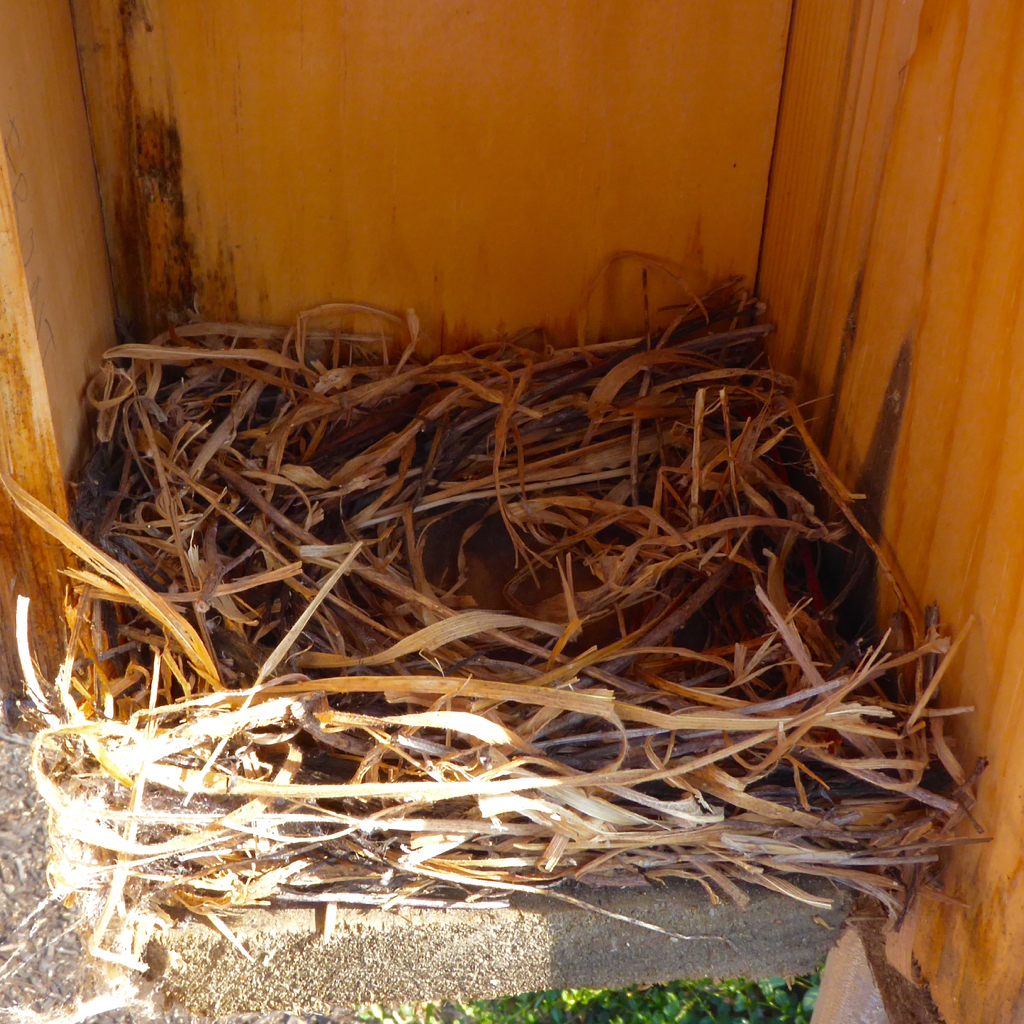 The other nesting, box, however, had clearly been occupied — probably for more than one year, as there appeared to be at least two layers of nesting material. Evidence of occupation included fecal matter, and one of my co-teachers, Francesca, found an infertile egg, with some black mold on it, buried in the nesting material: 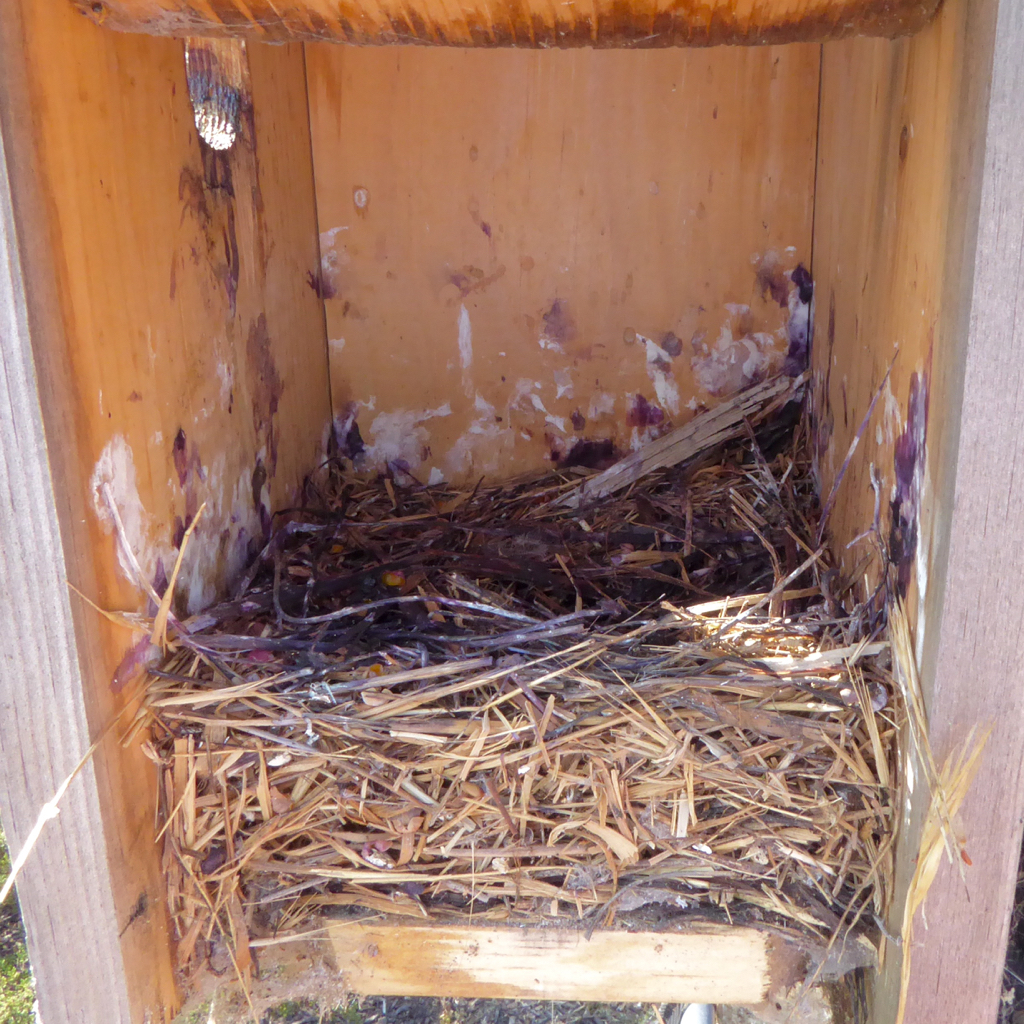 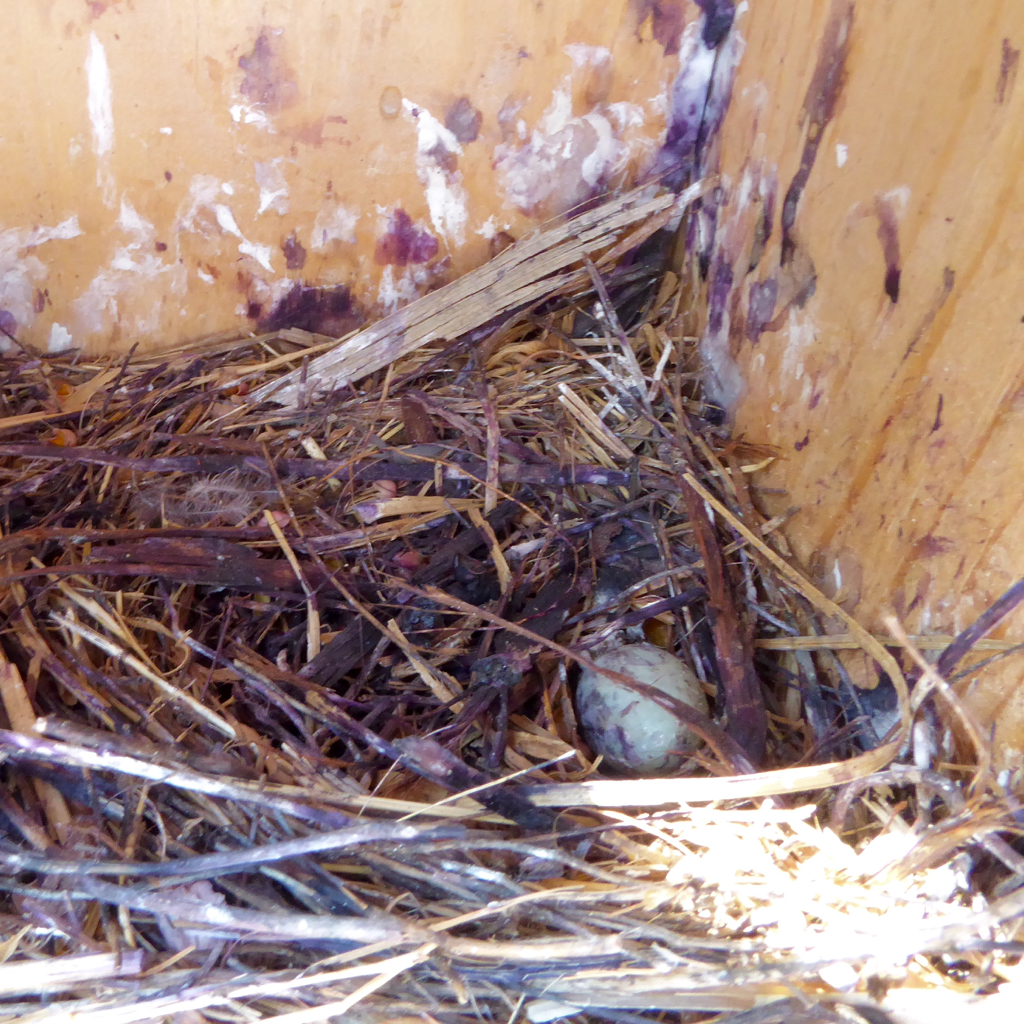 I had seen Western Bluebirds active around the nesting boxes during nesting season, though I never saw any nestlings. The appearance of the nests and egg corresponds well with the description given of Western Bluebird nests and eggs in Nests, Eggs, and Nestlings of North American Birds (Baicich and Harrison, 2nd ed., Princeton Univ. Press, 1997): “Nest: A slight cup in a cavity. Of dry grasses and a few feathers. … Eggs:… Subelliptical to short subelliptical….Blue and unmarked. 21 x 16 mm.” I would characterize the blue as light blue, or sky blue.

The nesting boxes are showing signs of wear; the front of one split in two while we were opening it for inspection. So one project for the class this winter will be to make new nesting boxes.