Effie June Scott Franklin — A professor of French and German, she was born Aug. 5, 1871, in on a farm in Carlyle Township, Kansas. Her father, Dr. John W. Scott, came to Kansas in 1857, and was active in the free state fight, serving in the first state legislature; Dr. Scott served in the Civil War as surgeon of the Tenth Kansas, and after that war was president of the company that laid out the town of Iola, Kansas.

Effie’s family family moved to the town of Iola, Kansas, in 1874. She graduated from high school in Iola, Kansas, in 1887. She had two older brothers: Angelo C., the eldest; and Charles F. Scott, ten years older than Effie, who represented Kansas for several years as a Republican in the U.S. Congress.

Politically, she was a progressive who supported “woman suffrage.”

She was active in the Unitarian church in Lawrence, Kansas, and was a delegate from the Lawrence church to the National Conference of Unitarians in 1911 (the family lived in Washington, D.C., 1911-1913 while Edward worked for the government Hygenic Laboratory).. Prof. William Carruth was also a member of the Lawrence, Kansas, church before he moved to Palo Alto.

Effie moved to Palo Alto in 1903 when her husband accepted a position as professor at Stanford. She was an early member of the Unitarian Church of Palo Alto, and was active in the Women’s Alliance.

When Maria Protsman Scott, Effie’s mother, died in 1907, she was staying with her daughter in Palo Alto; however, it doesn’t appear that Maria was living with the Franklins.

In 1914, a classmate from the University of Kansas visited the Franklins, as well as former Kansans Jennie and Helen Sutliff, and William and Katharine Carruth. She wrote: “At Stanford I spent several days with the Sutliffs and Franklins and had a pleasant visit with Dr. and Mrs. Carruth. … Dr. Franklin was soon to leave for New Zealand where he was going at the request of the British government, in company with fourteen other American scientists of note. Dr. and Mrs. Franklin have a very handsome big daughter Anna, a high school girl, and two younger boys, Charles and Jack.”

Effie was an accomplished pianist, and she was elected an honorary member of the Stanford Music Club in 1916. 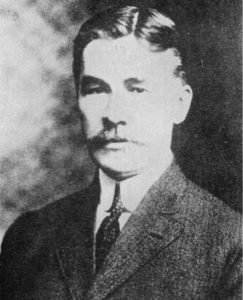 Edward Curtis Franklin — A renowned chemist who grew up in Kansas while it was still part of the frontier, he was born in Geary City, Kansas, on March 1, 1862. He was raised in Doniphan, Kansas, where his father owned a saw mill and grist mill. At the time he was young, that part of Kansas still had the flavor of the frontier, to which some ascribed his later “noticeable impatience with convention.” As a boy, he enjoyed the outdoors, including hunting, fishing, swimming in the Missouri River, and collecting fossils; this love of the outdoors was to remain with him his whole life, and he was an active mountain climber who belonged to the Sierra Club, and summited a number of 14,000 foot peaks. He and his brother William, later a professor at Massachusetts Institute of Technology, made their own batteries, a two-mile long telegraph line, and their own telephone in 1877, only a year after A. G. Bell patented his tel-phone.

He was an early member of the Unitarian Church of Palo Alto. He hosted the monthly social gathering of the Unitarian Church, entertaining “the company with some experiments with liquid air.” Theologically, Unitarianism was a good fit for Franklin: “Even as a youth…Franklin was inclined to be a ‘free thinker’ and agnostic.”

After his wife Effie died in 1931, he lived with his daughter, Anna Franklin Barnett, in Palo Alto. In the last three years of his life, he took long auto-mobile tours of the U.S. and Canada, and died just two months after returning from the last such trip. He died Feb. 13, 1937.

Her family moved to Palo Alto in 1903. In 1905, Anna was “one of the first pupils of the Sunday-school” of the Unitarian Church of Palo Alto.

She received her A.B. from Stanford University in 1920, and her M.D. from Stanford in 1924. On July 12, 1924, she married Dr. George de Forest Barnett; he was a physician and professor of medicine at Stanford. They had two children, Margaret A. and Edward F. After the death of her mother in 1931, Anna’s father came to live with her.

On Oct. 1, 1968, the Stanford Daily reported: “The badly decomposed body of Dr. Anna Barnett, a retired Medical School professor, was discovered in the hills behind Stanford Friday morning. The body was found near Stanford’s antenna farm at 7 a.m. by Eleanore Norris, a resident of Palo Alto, who was strolling in the area near Stanford’s antenna farm. Dr. Barnett, despondent over eye trouble and a scheduled eye operation, disappeared September 13. She left a note indicating she was contemplating suicide. A morphine overdose was determined as the cause of death.” The date of death on the death certificate was Sept. 27, 1968.

Emily Elliott was born March 3, 1853 in Kane County, Ill., daughter of Edmund and Sarah (Smith) Elliott [corrected per comment below], both born in New Hampshire. Her family left Illinois and moved to a farm in California’s Central Valley when Emily was six; it seems likely that the family traveled overland on the Oregon Trail or the California Trail. In 1860 she and her parents were living in Elkhorn Township, San Joaquin County; her father was working as a farmer, and the Elliot family shared their home with another farmer and three farm laborers.

She married Dr. Enoch H. Pardee on July 19, 1879, when she was 26 and he was 52; Enoch’s 22 year old son George was not pleased when his father remarried. Enoch was mayor of Oakland and a co-founder of the Unitarian church in Oakland. Enoch and Emily had one child, a daughter Eleanor (“Nellie”), born in 1880. Enoch died in 1896, and four months Nellie, then age 15, also died. After a legal battle with Enoch’s son, Emily received a third of Enoch’s substantial estate. Enoch’s estate was valued at approx. $275,000, or roughly $8 million in 2016 dollars; so Emily received the equivalent of $2.6 million.

For the next few years, she traveled extensively. She married William A. Karns, a lawyer, in Baltimore on March 21, 1898. The couple moved to San Jose where William practiced law.

Emily settled in Palo Alto in 1903. In August, 1906, William filed suit for divorce on the grounds of desertion. A bitter legal battle ensued, during which Emily revealed that she had indeed left her husband, but had done so on advice of a physician. William was denied a decree of divorce. Then in 1913, Emily filed for divorce on the grounds of desertion and failure to provide. This time, William did not appear at the trial because he was a fugitive from justice, and Emily received a divorce decree under which she retained control of extensive property interests.

Emily supported woman suffrage, and in 1911 was the president of the Palo Alto Suffrage League. She was one of the early members of the Woman’s Club of Palo Alto. and served as president. She was active with the Daughters of the American Revolution, and the local chapter was organized at her house in 1924.

In 1916, she married a third time, to James Leroy Dixon, who was some twenty years younger than she (b. c. 1874). Leroy was a Stanford graduate, and in 1916 was principal of the high school in Lakeport, Calif.; by 1919 he was teaching at San Francisco Polytechnic High School. Their marriage lasted only three years.

She was an early member and later president of the Women’s Alliance, and was active in the national Unitarian Women’s Alliance. In 1908, she hosted the Sunday school picnic on the ten-acre grounds of her Palo Alto house. She later gave the house grounds to the City of Palo Alto as a park to memorialize her daughter Nellie. In 1909, Emily was a delegate to the Pacific Unitarian Conference in Seattle. 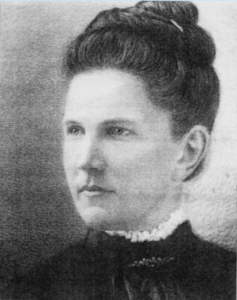