Faced with an eight hour drive today, we slept late and didn’t get on the road until ten. Our first rest stop was in Pine Bluffs, Wyoming. We pulled into the rest area expecting the usual fenced-in area beside the highway; but we found a trail that connected to a fairly extensive trail network, and we took and hour-long hike up a small canyon, between widely spaced pines, onto the tableland above the highway, and back down. The trail in the canyon followed a now-dry watercourse, but we could see that there had been heavy rains fairly recently.

The rest area had another short trail that led to a University of Wyoming archaeology site. As we walked up to the building that covered the site, we met a young woman shoveling gravel and stones off the path. She told us that a severe thunderstorm had hit Pine Bluffs on Wednesday afternoon, with high winds and golf-ball sized hail. Inside the building, we were greeted by a woman who told us more about the site, and more about the storm. The dig site began with a nineteenth century trash midden in which was uncovered a bottle of Lydia Pinkham’s famous elixir, a specific for nearly all ills, which contained mostly grain alcohol; the dig extended downwards and back in time to a Clovis point dating from about 9,000 years ago.

Our tour guide also told us about Wednesday’s storm. She showed us photos on her smartphone: the ground white with several inches of hail, windows broken by hail blown almost horizontally by severe winds, the inside of her apartment badly damaged by water and blowing hailstones. She didn’t have renter’s insurance, but, she said, fortunately there was state disaster relief money available. After talking with her, we walked back to the rest area, where we chatted with a volunteer staffing the information desk. At his house, a few miles outside the town, the hail had only been pea-sized, but he and his wife had been in Pine Bluffs and the hail had shattered his windshield. He told us about houses damaged and crops destroyed, and then somehow he and Carol wound up talking about British television murder mysteries.

Once we knew about the storm, we understood some of the curious things we had seen on our hike: grass beaten down and pointing in one direction; the pine trees half bare of needles with a thick carpet of green needles under each tree; poison oak with most of its leaves torn off with bruised and torn branches; the mix of ice and pine and juniper needles that we had crunched over in the now-dry watercourse.

We drove into town to the one small supermarket to buy food for lunch. We saw several houses that had no paint on one side, where the hail had stripped it off. 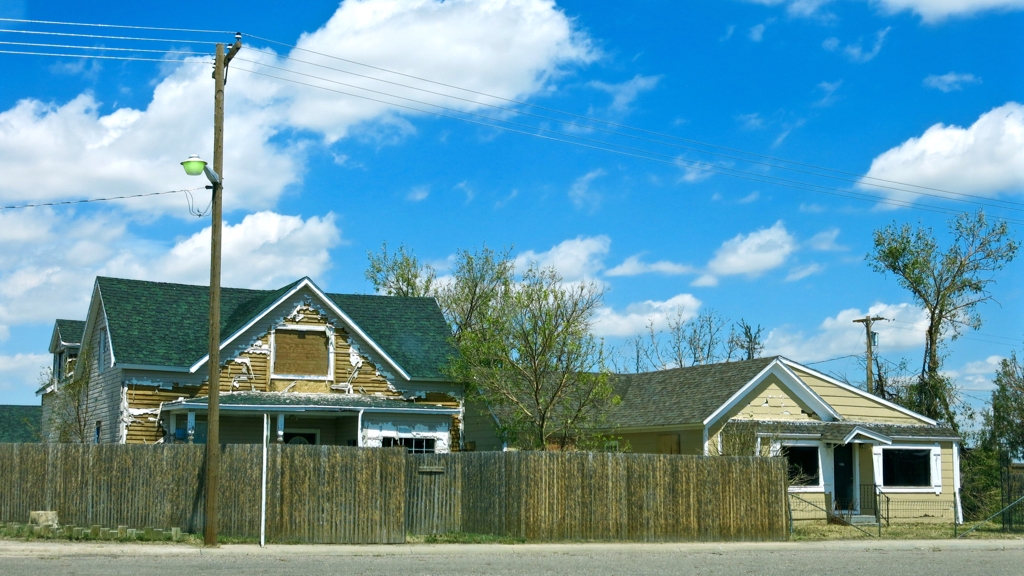 Yet just outside town, we could see no damage at all. And we drove across the High Plains, the vast sky and the wide open landscape a constant reminder of how unimportant humans really are. 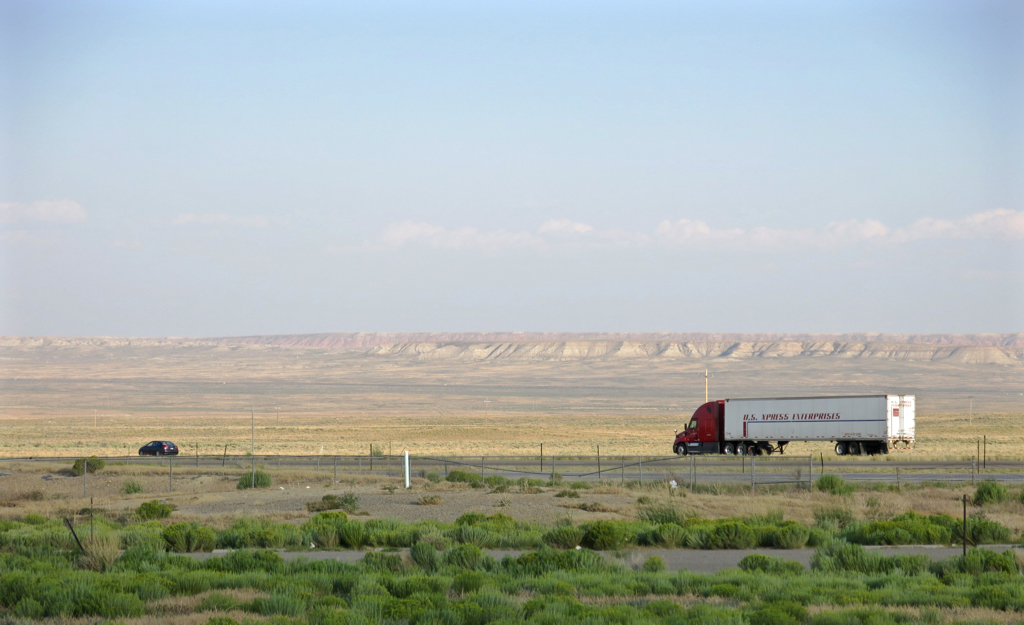