After driving through the wide open spaces of the West, and the back roads of the South, Asheville felt like a big city. What felt like hordes of people strolled the sidewalks of the downtown this morning: young white guys with blonde dreadlocks, young white women in tank tops with elaborate tattoos on their muscular arms, trim gray-haired men (both white and black) in pastel-colored polyester-cotton blend polo shirts, three generations of a South Asian family with two little boys running around and getting into mischief, a young white guy with a long beard wearing schlubby shorts talking to a nattily dressed young black man with a guitar over his shoulder, two aging white hippies solemnly singing protest songs outside a bookstore, two young people sitting on the curb singing ecstatically at the tops of their lungs while one of them whanged at a guitar, a white mom talking with adult respect to her teenaged mixed-race daughters, a man who looked like he lived on the street sitting on a low wall and staring intently at something across the street, a small group of slightly overweight white guys in plaid shirts, two well-dressed attractive young women, one white and one black, laughing and talking to each other and ignoring young men, a family sitting in a restaurant all of whom shared the same face: blank and almost sullen in repose but as soon as they started talking animated and lit from within with humor and warmth. I heard plenty of Southern drawls, but also New York accents, midwestern accents, Appalachian twang, and more. I think I encountered more diversity of race and socio-economic status in one hour than we’ve encountered since we left the Bay Area. It left me feeling a little breathless.

Carol went off to Weaverville to meet with her co-author. I walked over to see the Thomas Wolfe Memorial: a wood framed clapboarded house, immaculately maintained with bright yellow paint and tasteful signage, on a tiny lot, surrounded by high rise apartment buildings on two sides, and a modern interpretation center behind it: the epitome of Asheville, I thought, the museumification of the past and the gentrification and corporatization of the present. At least in Asheville they museumify the past; in Silicon Valley, they forget the past in the hunger for the ideal future that everyone is betting is just around the corner. I took several photos of the Thomas Wolfe Memorial, but it was closed so I didn’t go in. 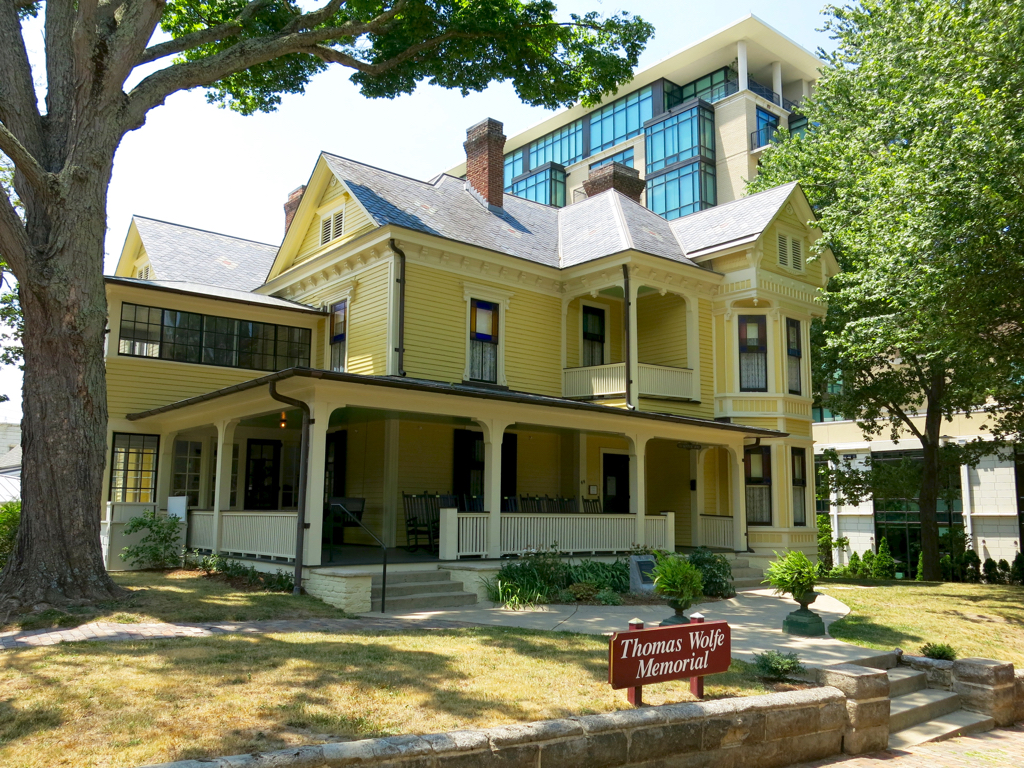 I walked a little further and there was the Buncombe County Court House, an imposing building some fifteen or more stories high. Judging by the size of the courthouse, Buncombe County must be a county of some importance. 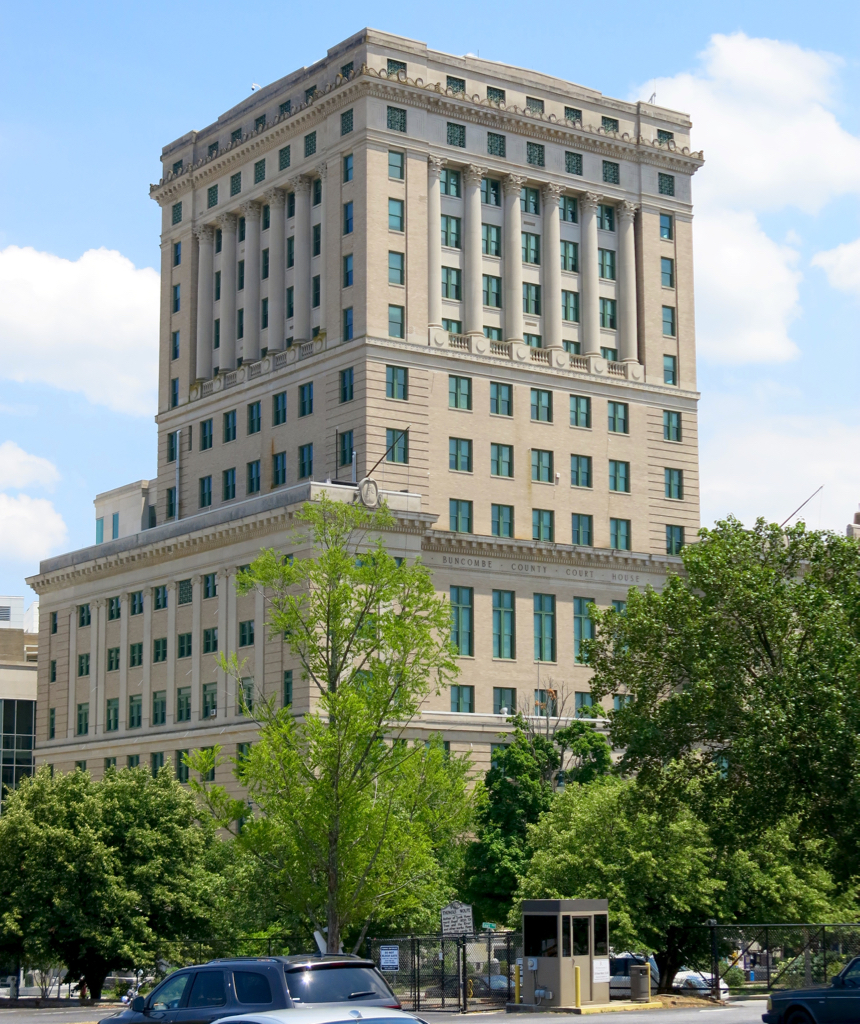 I wanted to do some writing and research today, so I kept walking until I found a cafe with wifi. There are lots of cafes in Asheville; the city is full of Cultural Creatives, and Cultural Creatives like their cafes. I walked past a number cafes in the busy downtown, but some of them didn’t have wifi, two were devoted to chocolate and so could not be taken seriously, and some of them didn’t have any open tables. Finally I cam to the Pennycup Cafe, which had open tables, fast free wifi, and really good coffee. I spent three blissful hours writing until it was time for Carol to pick me up. 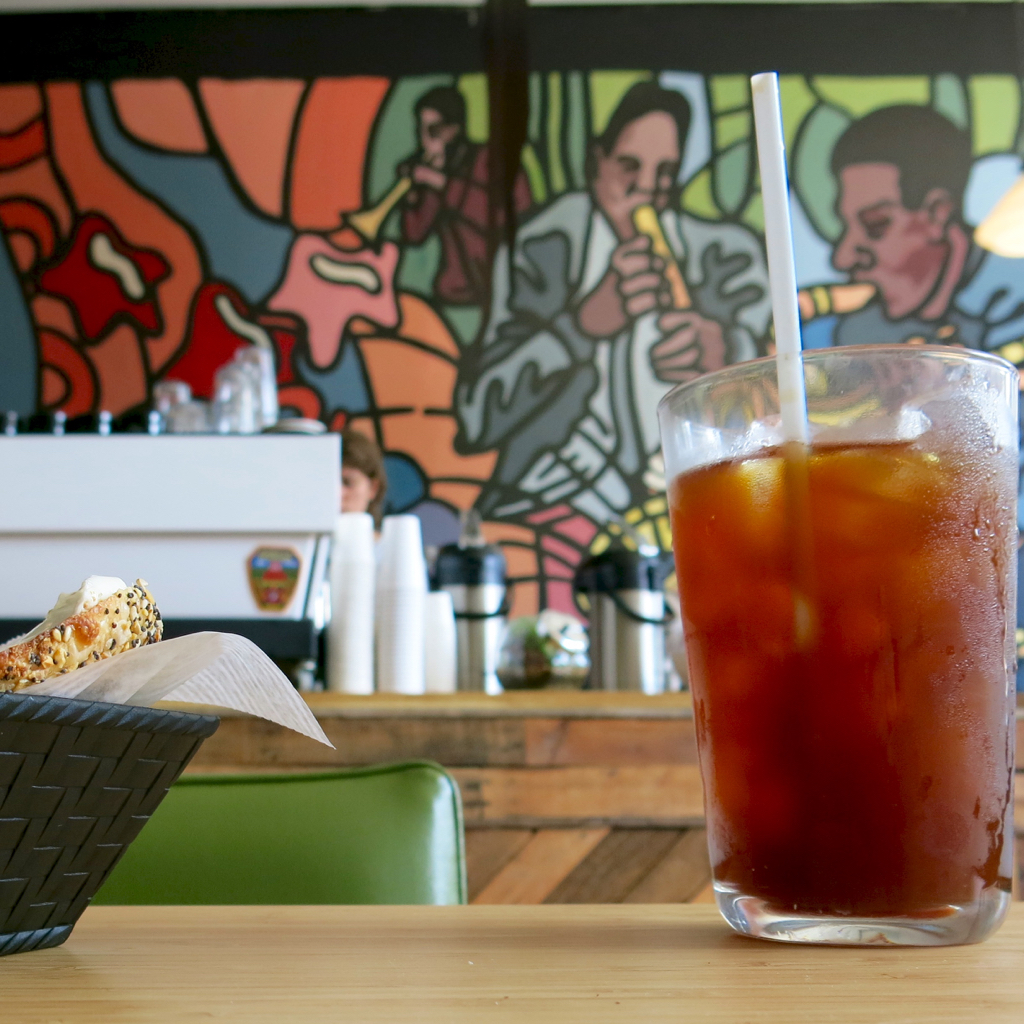 We drove north towards Marion, Virginia. Carol pulled over into a rest area to use the bathroom. I put on my shoes and stumbled out of the car, tired and a little cranky, following her towards the bathrooms. Right in front of the bathrooms, she was engaged in animated conversation with a talkative woman in a bright blue shirt. The woman asked me if I were a college professor, and I said no, just a youth pastor. She walked around me, noticed the ponytail, nodded (doesn’t every male youth pastor have either a pony tail or a beard?), then told us all about how she was excited because God had led her to a house up in West Virginia which she and her husband had just bought, after thinking they would stay living where they were now forever. Then she dived into a discussion of religion. Her nephew was a youth pastor, and did I know so-and-so on something-or-other radio? And when I said I did not, she said, How could I be a youth pastor and not know about so-and-so? (I didn’t tell her that after twenty years in the business I don’t waste time on high-profile self-proclaimed experts on youth ministry, unless they are actually directly engaged in face-to-face youth ministry themselves right now, which none of the high-profile ones are.) Carol had to explain that I was a Unitarian Universalist; no, not a Moonie, a Unitarian; then I had to explain what that was; she seemed to approve of the idea of universal salvation.

I really did have to go to the bathroom, and when I came out, she was still talking to Carol, in her sweet Southern mountains accent. She and Carol were talking politics. Carol wanted to know who she was going to vote for; she said Ben Carson. Carol asked, What about Hillary Clinton? She said, in more politely colorful terms than I can put it here, that Hillary Clinton should be in jail. She went further and said — and in this I think she is accurate — that Donald Trump isn’t running for president. Well, he isn’t, is he? He is just putting on a big show, and we’re all enjoying it. “Ben Carson is still on the ballot in West Virginia,” she said, adamant that she will vote for him.

There was much more in the conversation than I can report here. We got in the car, and she was still talking, her husband quietly trying to get her to get back into their car so they could continue driving. As we drove off, Carol remarked that talking to her was refreshing: she had a unique way of seeing things, and of expressing herself. I agreed with Carol; but the women an the bright blue shirt left me feeling a little breathless, just as downtown Asheville had done.