My sister and I are doing some organizing in our father’s condo. Dad’s a retired electrical engineer who saved almost everything, and he has several decades worth of electrical gear. Including this: 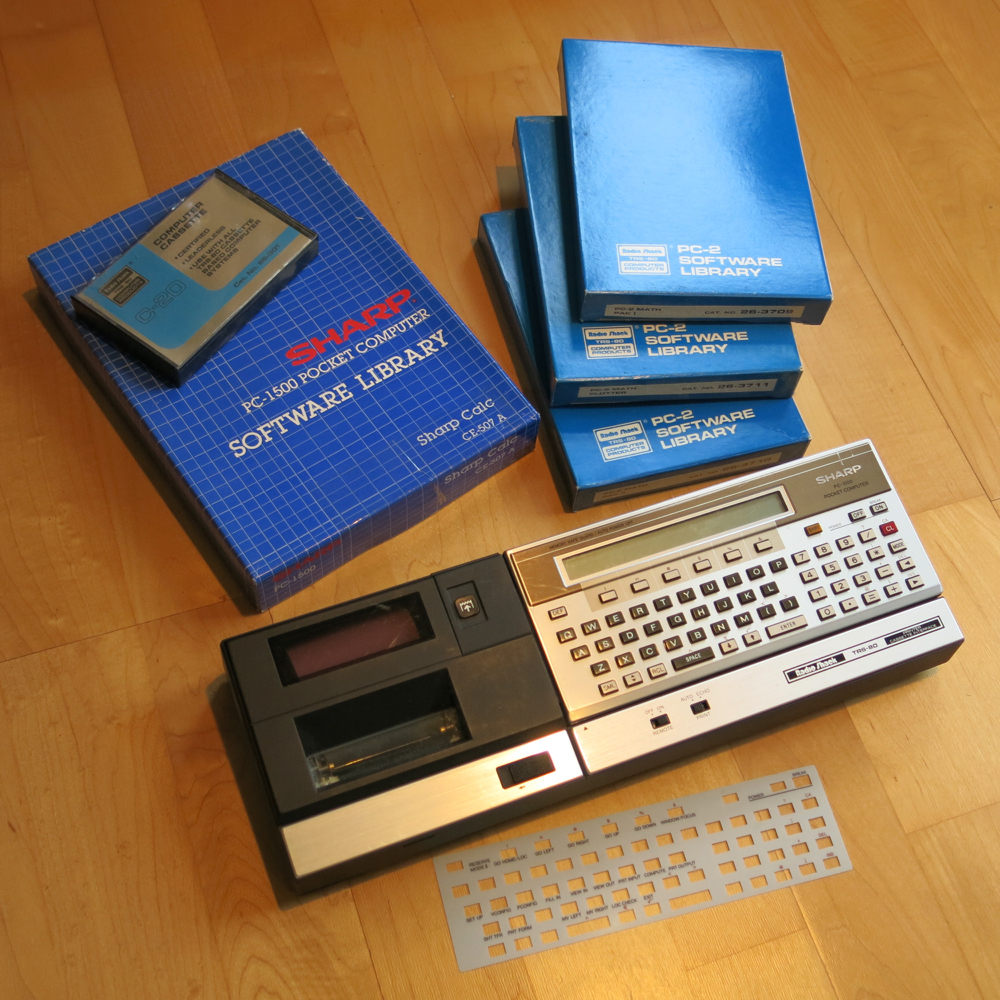 It’s a Sharp PC-1500 Pocket Computer, which apparently ran the same operating system as the famous Radio Shack TRS-80 computer. What you’re seeing above is the computer nested in its docking station, which has a little printer built into it. For memory, you hitched up a cassette player, and at top left there’s a special computer memory cassette. There are several boxes of software — not sure how that worked — plus a keyboard overlay (on the ground in front of the computer) which goes with one of the software packages.

Abby remembers this computer well, because Dad had a biorhythms program that fascinated her.