I’m interested in curriculum kits from the the Multimedia Era for three main reasons:
(1) They incorporated audio, visual, textual, and interactive components — not unlike today’s Web-based curriculum
(2) They were developed in a time of rapid social change, and time that questioned organized religion — not unlike the rapid social changes we face today
(3) Many of the kits were founded on an educational philosophy quite different from the usual essentialist or progressive educational philosophies of so much UU curriculum development

The first reason — the incorporation of different media — is what brought me here to the Meadville/Lombard archives. It is difficult to find even partially complete Multimedia Era curriculum kits. As often as not, all you can find are leaders guides; the associated film strips, cassette tapes, story books, etc., have long since disappeared. Meadville/Lombard has a good collection of fairly complete curriculum kits, although some of the kits are missing a few resources. Others of the kits have resources that were added by teachers and religious educators who used them — the boxes they were packaged in invited teachers to add to the kit. Looking through these kits has given me some interesting ideas for developing Web-based curriculum — including the possibility of having a curated comments section where actual teachers can submit their own resources to add to the curriculum.

And social change brings us to the third reason — these curriculum kits used an existential educational philosophy quite different from the typical UU essentialist or progressive educational philosophies. Part of the social change that we’re going through right now is what some call “the end of Christendom” — which applies not just to officially Christian churches, but also to fellow traveler religious groups like UUs, who have received all sorts of social and political advantages because we look a great deal like mainline Protestants. We could be progressives in the past because we knew that our congregations had political clout beyond their numbers; but will progressive educational philosophy work any more, now that we are increasingly marginalized in society and politics? Maybe it’s time toe revisit the grounding assumptions of our educational philosophies.

A partial list of Multimedia Era curriculum may be found here. 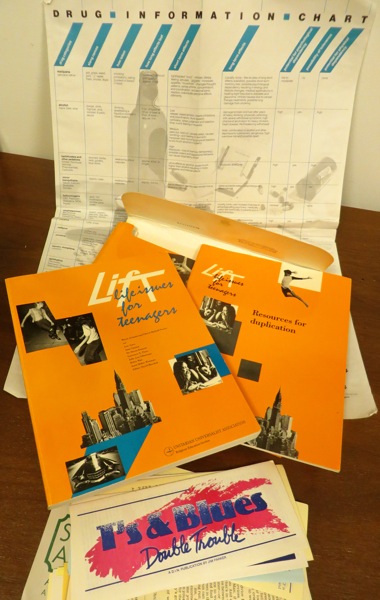