We had our annual singing of “God Rest Ye Unitarians” yesterday, best known for its refrain of “O, tidings of reason and fact, reason and fact….” Several people asked for copies of this parody Christmas carol. Here it is, with music based on an 1846 SATB arrangement by Rimbault (click on the image below for a full-size score): 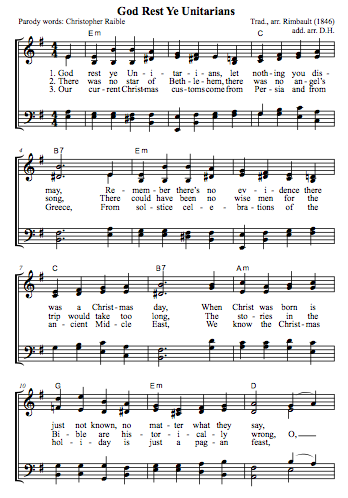